Labour Party leader Andrew Little says a government he leads will make working with small businesses a priority, saying they are the key to New Zealand's future prosperity.

Mr Little delivered his first State of the Nation address in Auckland this morning.

He said small businesses generated 41 percent of the new jobs created in the past year, which was why they were vital to Labour's goal of having the lowest unemployment rate in the developed world.

"Labour will work with small business owners to make sure they spend their time focused on their business, not filling in tax forms," he said.

"We will ensure there is training and investment capital so those who want to make a living off their own ideas and ambitions can."

Speaking to reporters later, he said the New Zealand Superannuation Fund could play a role.

"We want to support the next engine room of job growth, which is small businesses, and we want sources of capital. Actually the NZ Super Fund can apply just a fraction of its capital to do that."

He said even investing less than one percent of the fund's money could give a real boost to small businesses.

He said he would expand on the final three points in speeches in the coming months. 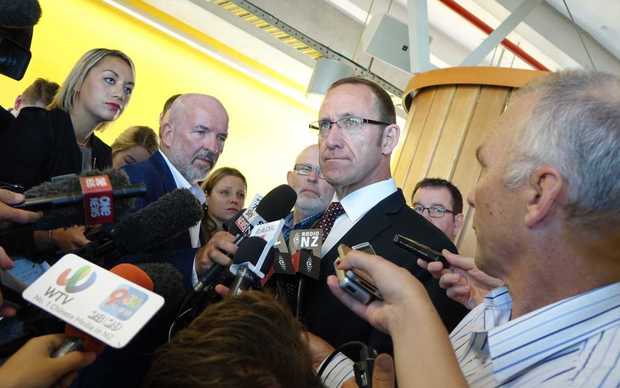 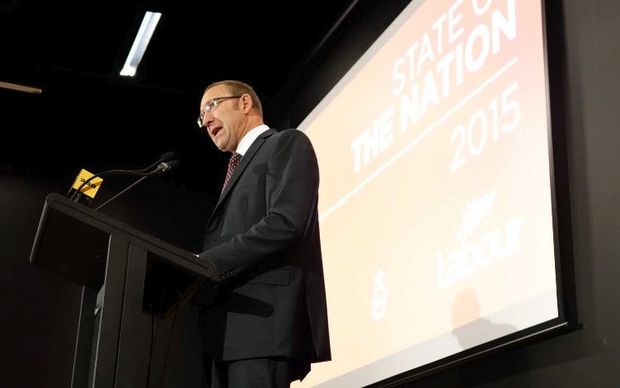 Mr Little also spoke in depth about inequality, saying the social inequality New Zealand suffers today, built up over the last 30 years or so, must be the driving force for the change that needs to be made.

"Right now many New Zealanders don't have a good enough quality of life. In fact since this government was first elected there are 20,000 more children living below the poverty line.

"Of course, this isn't just an economic issue, it's bad for our communities too. Inequality robs people of opportunities. It stunts potential. It's wrong and it's not the Kiwi way."

Mr Little also hinted at some big changes under a Labour government, though it was not clear exactly what those would or could be.

"For political parties occupying the Treasury benches, the choice is whether they want to be a small beer government or a government prepared to face up to the long term challenges," he said.

"Tinkering with the RMA instead of building houses, setting more hurdles for people out of work instead of creating jobs, and endlessly restructuring the bureaucracy.

"These are the hallmarks of small beer government. It's not where Labour is going."

Prime Minister John Key is due to deliver his State of the Nation address at midday.

Live coverage of John Key's State of the Nation speech here at midday.