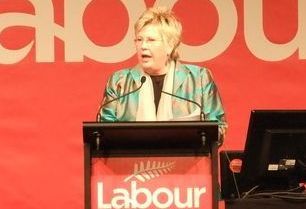 The position was left vacant following the recent resignation of Moira Coatsworth.