The Prime Minister has signalled the Government will look to introduce much tougher security laws after a review next year. 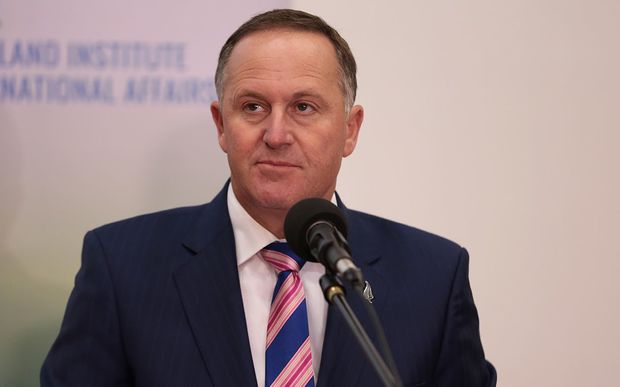 John Key said the Countering Terrorist Fighters Bill, due to be reported back to Parliament today, was just the beginning.

He said a full review of security settings would consider broader changes to intelligence-gathering and counter-terrorism.

Mr Key said it would potentially look much further than the current legislation before Parliament.

"Whether it would ultimately result in different changes or simply codifying in legislation permanently the sorts of changes we're passing under the current provisions with the sunset clause I don't know. It's too early to tell.

"But by definition the review is much deeper and wider than what we are currently looking at."

In the meantime, Mr Key said, one of the most controversial measures in the anti-terrorism legislation may be watered down in order to get cross-party support.

Read more on controversy over the bill

The Countering Terrorist Fighters Bill would give the Security Intelligence Service new powers to use video surveillance on terror suspects for 48 hours without a warrant.

Some groups have recommended that the period be reduced to 24 hours and Mr Key said that was one area the Government could potentially move on.

"We'll have to wait and see what the recommendations are from the select committee. But it is eminently possible that the Government could consider, for instance, more safeguards and a shorter period of time or more safeguards in the same period of time. We can mix and match that a little bit."

Labour Party leader Andrew Little said it was possible the party might support the changes.

"If we got a lesser time and we got constraints on the circumstances in which warrantless surveillance will be exercised and we are satisfied that there are good appeal and review procedures over the cancellation of passports then, on balance, reluctantly, we may well find ourselves supporting it."

But New Zealand First leader Winston Peters said any watering down of the bill did not hide the fact that the Government was rushing through what he described as very substantial changes.

He said New Zealand First's support was for the bill to go to the select committee and be put under scrutiny by the public.

"I've never seen such a rush through of legislation that had such a long range projection as it were in the political management of the issue."

He said politicians and the public were being softened up again for something else.

"This is a slippery path down which that we should be very very scared about going."

Mr Little said it would be up to the Government to convince the public that tougher laws were necessary.

He said that had not happened with the present legislation but he said if there were more draconian laws to come then the Government has to put a case forward for the public to scrutinise them.

The select committee finished its discussions on the Countering Terrorist Fighters Bill last night after a shortened consultation process.

Committee members will take their recommendations to their caucuses this morning, before the report is presented to Parliament.

The Government wants the bill passed before Christmas so the measures can be in force before New Zealand co-hosts the Cricket World Cup in February and March.