People making submissions on the anti-terror bill this evening have condemned the Government for rushing it through Parliament without proper consultation.

MPs on the Foreign Affairs Defence and Trade select committee have sat through a second day of urgent hearings on the bill which aims to crack down on terrorist fighters. It would finish hearing submissions tomorrow morning and report back to Parliament on Tuesday.

If passed, the bill would allow the Security Intelligence Service to spy on suspects for up to 48 hours without a warrant and extend the period the Government could cancel a passport for, from 12 months to three years.

Lawyer Michael Bott told the select committee today it was disgrace that people have so little time to make submissions and to debate the bill properly.

"I think it's a disgrace that this Government is ram-roading this sort of material through at speed when every other country in the civilised world is taking time. You know, there's an old saying you legislate at haste and you repent at leisure."

Mr Bott said Australia and Britain, which both have higher threat levels than New Zealand, are taking much longer to pass new terrorism laws.

But the committee's chair Mark Mitchell defended the Government's approach.

"The two examples that you've used - these two countries have got a far more robust and detailed legislation in place to already deal with internal threats. We're starting from a much lower benchmark that what they are."

Submitters opposing the legislation were also told there were good reasons for tightening the law but, for security reasons, the committee could not tell them what they were. 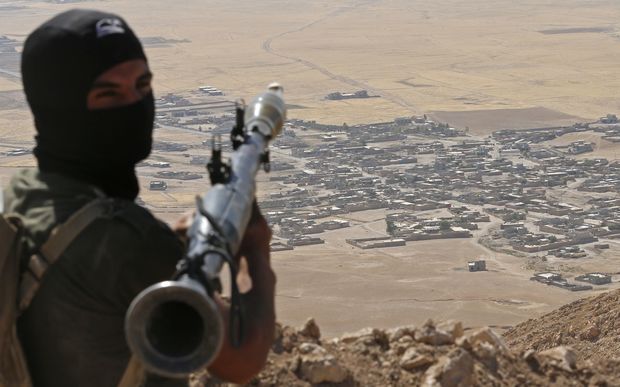 Islamic community leaders made an emotional plea to the select committee, saying they were seeing early signs of what they called "Islama-phobia" because of the discussion around the proposed law and Muslims perceived association with the extremist group Islamic State.

They said Muslims were experiencing abuse because of the bill, causing considerable distress that was unnecessary.

Federation of Islamic Associations president Anwar Ghani told MPs today: "So the impression is everything, and the impression is, internally at least, predominantly it is targeted at the Muslim community because the events what are happening overseas, they bring that impression with it."

Another representative, Rehanna Ali, said Muslim women were particularly targeted by abuse because they were easily identified by their head scarfs.

"The Human Rights Commission issued a notice just two weeks ago, saying that they were alarmed by the increase in the amount of abuse. The cases that they cited in particular were taking place - I'm deeply ashamed to say as a New Zealander - at schools when parents came to pick up their children from school."

Ms Ali said the prospect of having spy cameras monitoring Muslim women in their homes, where they were not wearing their hijab, or veil, was hugely distressing.

Ms Ali told the committee the legislation was not necessary and asked all MPs to consider the impact on all communities in New Zealand before supporting the bill.

"We have as much interest in protecting this country but what we are saying is the existing legislation that exists now should be sufficient, and that we have serious concerns about the lack of consultation and time given to rushing through something that looks like a knee-jerk reaction."

Political activist Valerie Morse was arrested in the Tuhoe Raids in 2007 but charges against her were later dropped, after the Supreme Court found evidence against her was collected illegally. She told the select committee it was the so-called war on terror which led to the rise to the IS.

"Stop waging war with the Americans and you will quickly find out that all of the people around the world whose countries have been bombed, whose people have been murdered and whose resources have been plundered, won't have any reason to hold the New Zealand state in contempt."