An analyst says New Zealand joining the fight against the Islamic State could increase the risk of a terrorist attack in this country. 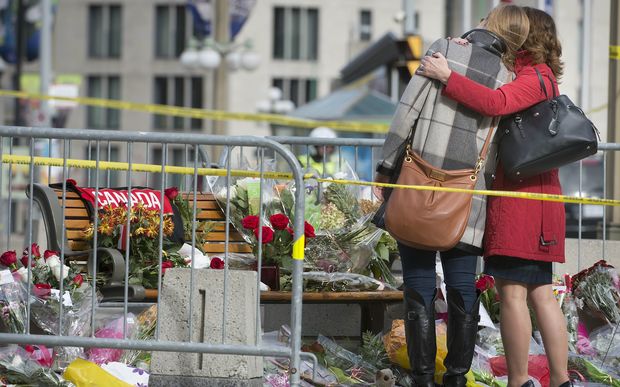 People pay their respects at National War Memorial in Ottawa, the day after multiple shootings in the capital city and Parliament buildings left a soldier dead. Photo: AFP

An expert on foreign fighters and radicalisation Amarnath Amarasingam said there was a risk that joining the fight against the Islamic State could encourage radicalised Muslims to carry out attacks here.

The Islamic State is trying to take credit for the two separate incidents this week in which two Canadian soldiers were killed.

A gunman shot dead a soldier guarding a nearby war memorial, hijacked a car, crashed it into the parliament building before running inside firing a weapon yesterday.

The man - now known to be Canadian citizen Michael Zehaf-Bibeau - was eventually shot dead by police.

Earlier in the week another soldier was killed in a hit-and-run in the province of Quebec. 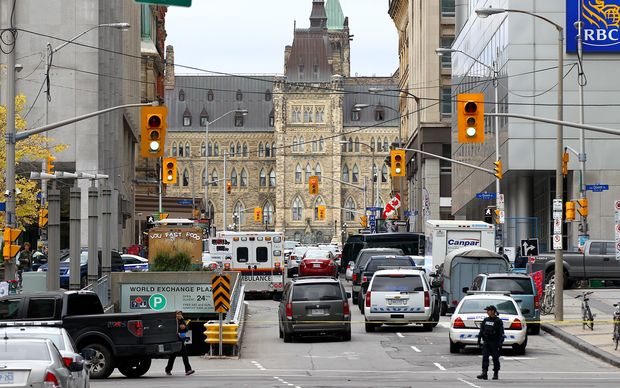 Both were being blamed on Canadian citizens who had converted to Islam.

Mr Amarasingam said such an attack could also happen here.

"Young, disaffected Muslims who are already on the path to a kind of already accepted a kind of jihady narrative about how the world works, and they could take that message to heart and do something at home."

Mr Goff said the greatest threat to New Zealand's security was an over-reaction leading to the marginalisation of Muslim communities here.

He said New Zealand was protected by its international reputation as a country that acts independently and good community relations.

"The real threat in my mind in New Zealand is that if we overreact to this and if we seek to marginalise some of our communities we'll create the very conditions that we're trying to avoid."

In response to Parliamentary Service reviewing security measures Mr Goff said security guards at Parliament should have access to guns in a locked box but he did not want to see guards armed.

New Zealand's Parliamentary Service was reviewing security in the wake of the Canadian shooting.

In Wellington, extra measures were temporarily put in place at the Beehive to deter any copycats yesterday - but it could spell tighter security in future in the capital.

Entry points to Parliament buildings have been restricted to just two doors - one on Bowen Street and another at the main entrance to the Beehive. 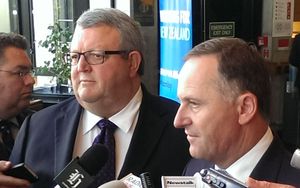 Leader of the House Gerry Brownlee said Parliamentary Service will consider whether those measures should be continued long term.

"They're going to consider over the next couple of weeks just what they do need to do. What's happened in Canada is a pretty senseless act of violence."

Senior Labour MP Clayton Cosgrove said it would be a sad day if access to Parliament was restricted, as one of the beauties of New Zealand's Parliament was that people can come and go with a great deal of ease.

But New Zealand First leader Winston Peters said he doesn't feel safe there and suggested that security guards could be armed.

"If somebody comes to this Parliament with a gun, you're not going to have to run downtown to try and get a license or get it out of the boot, you're going to have to act immediately. In the way that that Canadian gentleman did when he shot that guy. We have not put the resources in here to ensure that we are safe."

Mana leader Hone Harawira said he was surprised Parliament's security has been tightened, given nothing happened after his electorate office was shot at in June.

"I'm surprised that New Zealand decided to beef up its security on its MPs after somebody was shot in Canada, but did absolutely nothing when my office was shot up."

He said any review of security should extend to electorate offices.

Gerry Brownlee cautioned against any over reaction, as he said there haven't been any direct threats to Parliament.

The Public Service Association's national secretary, Richard Wagstaff, said Parliament shouldn't be waiting until something happens here before it acts to tighten security.

"It's well worth looking at it. I think that, along with the tragedies at the Ashburton Ministry of Social Development offices, and along with the heightened level of threats and abuse we seem to be hearing in recent times, it is a good wake up time to say and review whether the arrangements in place are sufficient."

But while people may reflect on whether security guards at Parliament should be armed, there was a risk that those weapons could be used against them or inappropriately, he said. 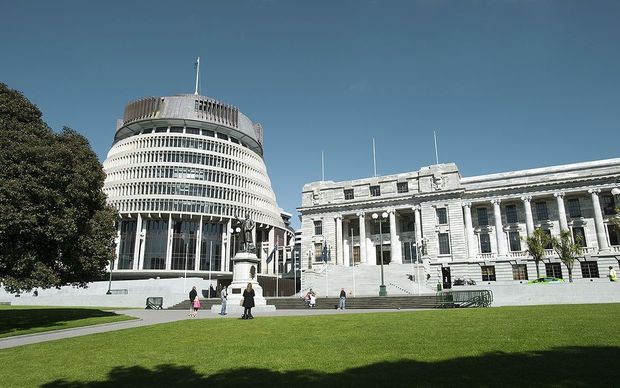 Entry points to the Beehive and Parliament Buildings have been restricted. Photo: PHOTO NZ