The newest MP of Pacific descent says Labour nationally should copy the campaign style that succeeded in its south Auckland electorates.

Jenny Salesa takes over as MP for Manukau East from the long-serving Ross Robertson, who has retired. 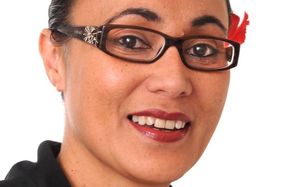 She won an 11318 vote majority on the night and 60 percent of the party vote.

She said the party needs to build its network of volunteers for grassroots campaigning across the country, not just in places like south Auckland.

In Manukau East, Ms Salesa said more than 100 volunteers spent three months knocking on doors and delivering leaflets and union members helped to get voters to the polls.

And MP for Mangere, Su'a William Sio, said National's threat to take Pasifika votes away from Labour in south Auckland did not happen.

Mr Sio retained his seat with a majority of just under 12,593 and 66 percent of the party vote on the night.

He said National candidates, and some from minor parties, tried to stir up animosity toward Labour over the same-sex marriage bill.