Several long-serving Labour MPs have lost their seats in the election. 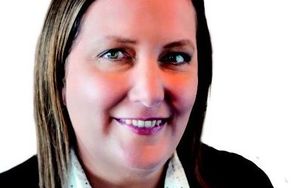 Labour picked up four electorate seats, but because its party vote collapsed, only five of its list MPs will be back in Parliament.

That means Carol Beaumont, Moana Mackey and former party president Maryan Street are out, as well as Raymond Huo.

Another former president, Andrew Little, is also vulnerable, if Labour's number of seats falls after special votes are counted.

Green MP Steffan Browning is also out of Parliament after one term - he was ranked 14th on the Green list and only 13 MPs have been elected.

Some tight electoral races also added some excitement to what was otherwise a straightforward win for the National Party.

The tightest was in Hutt South, where veteran Labour MP Trevor Mallard just held off National's Chris Bishop. Mr Mallard, who had given up a place on the party list, clung on by 378 votes.

In Auckland Central, Labour's Jacinda Ardern got within 600 votes of the sitting National MP, Nikki Kaye.