National Party campaign strategist Steven Joyce believes the scandals which plagued National in the run-up to the election may actually have galvanised its support. 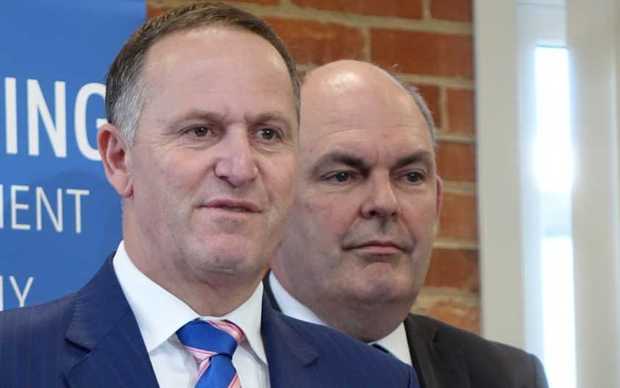 National has again swept to power with a 48 percent share of the vote - a greater share than it got in the 2011 election, which in turn was greater than in 2008.

By going from strength to strength with every election, National is reversing the trend of multi-term governments.

Mr Joyce said the result was an endorsement of the National-led government's direction and better than the party expected.

The Dirty Politics book and accusations of illegal spying which arose during the campaign ended up helping, he said.

"Unlike in 2011, where probably a number of people thought we were home and hosed - wrongly - and therefore perhaps didn't turn out to vote in as many numbers, this time, for various reasons, there was a sense that actually they really did have to turn out to vote for what they wanted."

Both Labour and the Greens agreed the scandals also contributed to the result but said it was because other issues got less media coverage.

Labour MP Grant Robertson said it was time for Labour to look at what went wrong.

"We have some time now to reflect, a process to go through, talk to our members, talk to the public and then we'll see what happens after that."

Internet Party leader Laila Harre said the right was smarter than the left; more strategic and better able to mobilise their supporters.

New Zealand First leader Winston Peters said there was more to come regarding allegations of mass spying on New Zealanders, which he claimed served as a distraction for most voters.

But he told TVNZ's Q&A programme this morning the substance of what had been alleged would continue to harm Prime Minister John Key in the coming months.

"Mr Key had to admit one thing - either he lied or he was so lazy and loose he didn't care what was going on under him, and that will come out," Mr Peters said.

Mr Peters said he had no reason to doubt the claims of the American whistleblower Edward Snowden that New Zealanders had been subject to mass surveillance.