Internet Party founder Kim Dotcom has failed to produce the goods to prove Prime Minister John Key knew about him before the raid on his Coatesville mansion in January 2012.

Mr Dotcom had promised he would reveal what Mr Key knew about him and when. But at last night's "Moment of Truth" meeting in the Auckland Town Hall, Mr Dotcom failed to come up with any evidence.

The expectation had been heightened by a story on the New Zealand Herald website earlier in the day reporting on an apparent email from Warner Bros chairman and chief executive Kevin Tsujihara suggesting Mr Key had been involved in a plan to grant Mr Dotcom residency so he could then be extradited to the United States.

Warner Bros said the email was a hoax and Mr Key said he knew nothing about it.

Rather than answering questions on the email, Mr Dotcom lashed out at the media.

"You have failed New Zealanders in the past. Look at Dirty Politics - you are all part of that programme. You need to wake up and do your jobs. My case only affects me - it doesn't matter tonight. That's why we didn't make a big deal out of it."

Last night, Internet Party leader Laila Harre said the matter had been referred to Parliament's Speaker, David Carter, and was now before the privileges committee.

She said because it was being considered by a judicial process, neither she nor Mr Dotcom could say anything about it. 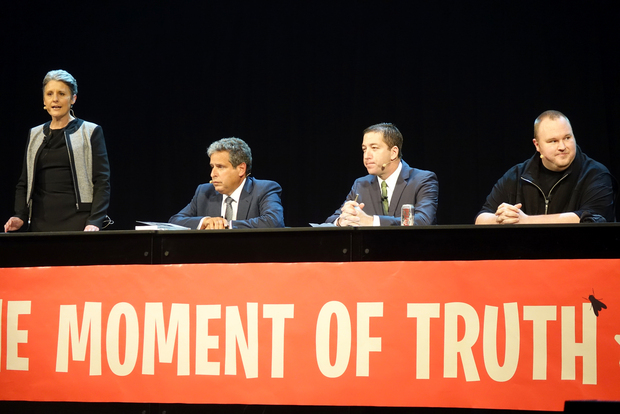 That prompted testy exchanges with journalists, given there is no assurance the matter will even get to the privileges committee.

In part, it reflected the Internet Party's poor political management of its presentation. It took focus away from the most important part of the night, when journalist Glenn Greenwald and whistleblower Edward Snowden, speaking by video from Russia, presented their evidence that Government Communications Security Bureau (GCSB) was involved in the mass surveillance of New Zealand citizens.

Mr Greenwald used documents from the US National Security Agency (NSA) - given to him by Mr Snowden - to unveil details of the surveillance programme "Speargun". NSA documents appeared to confirm the GCSB had proceeded with plans to put the programme in place. 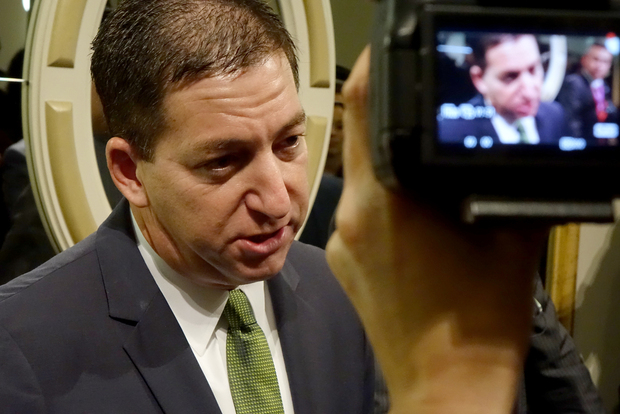 It differs from documents Mr Key released to prove there was not any mass surveillance undertaken by the GCSB. Those documents referred to a project called "Cortex", which had been aimed at setting up a mass cyber protection mechanism, not mass surveillance.

But his documents bear no resemblance to the "Speargun" programme Mr Greenwald said was set up to monitor New Zealanders' electronic communications. 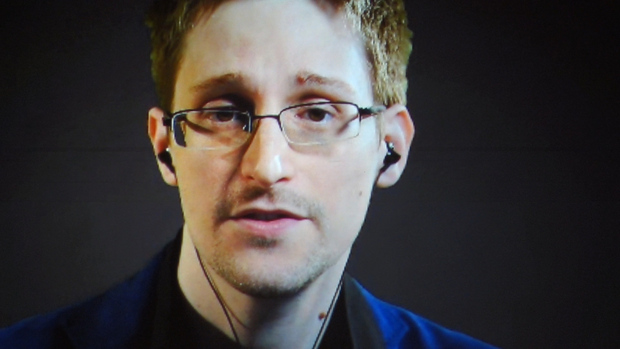 Mr Snowden then told the roughly 1700 people in the town hall that as a NSA analyst in Hawaii he had had access to the electronic communications of New Zealanders.

He also told audience members they were not too far away from a NSA office. 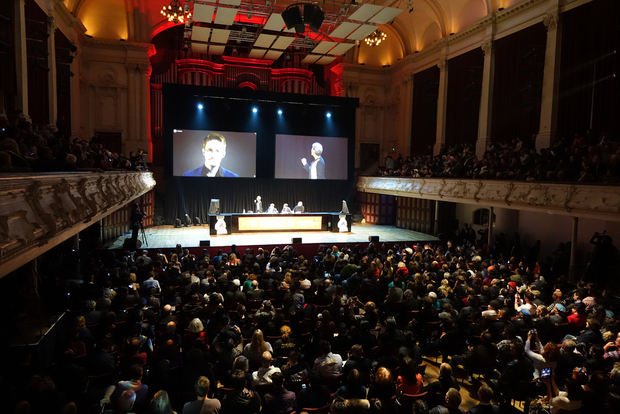 "I just want to point out you said the town hall event's taking place in Auckland. You know there are actually NSA facilities in New Zealand and one of them is in Auckland. Another one is in the north of the country."

All criticised Mr Key and said he had misled New Zealanders about the surveillance carried out by the GCSB.

Mr Greenwald scoffed at suggestions he was trying to influence the election outcome by releasing details of the spying just days before the vote, saying it was important that New Zealanders knew what was going on before they voted.