A youth campaigner says the mood of the final week of the election campaign may put young people off voting on Saturday.

About 175,000 eligible people under the age of 30 have still not enrolled.

The campaign director for voter participation group Rock Enrol, Laura O'Connell Rapira, says it is a polarising and dirty atmosphere in which to try to encourage people to participate in the election.

However she said the advance voter turnout of more than 10 percent is really encouraging, and many people are organising mass-voting events.

"It also is just much more accessible this time around - we have voting booths at all the campuses around the country, bar I think three or four, which means that it's never been easier to get out and vote."

Frustrated with what he sees as a lack of political satire, 22-year-old Jack Buchanan took it upon himself to make a web series as though the election was taking place in his flat.

He wants to see younger people get engaged with what is going on in politics at the moment, and said the "Moment of Truth" meeting on Monday organised by Internet Party founder Kim Dotcom has people torn. The packed meeting at Auckland Town Hall heard new claims from high-profile figures including US whistleblower Edward Snowden that the GCSB had been involved in mass surveillance, allegations denied by Prime Minister John Key.

"The talk around that kind of stuff is probably going to get people my age interested just because it's an issue that I think we can see quite readily affects us, but at the same time the kind of cult of Kim Dotcom is very double-edged knife," Mr Buchanan said. 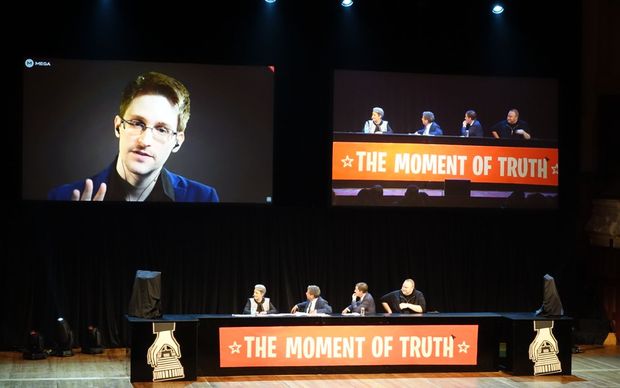 Internet Mana, which has courted the youth vote, is at 1.5 percent on the Radio New Zealand's poll of polls, but Otago university political scientist Dr Bryce Edwards said the party may still raise participation indirectly.

He said Internet Mana had made the campaign more colourful, and that tended to drive participation.