The leaders of the Internet Mana alliance put on a united front on their latest road trip meeting, reinforcing their commitment to eliminating poverty. 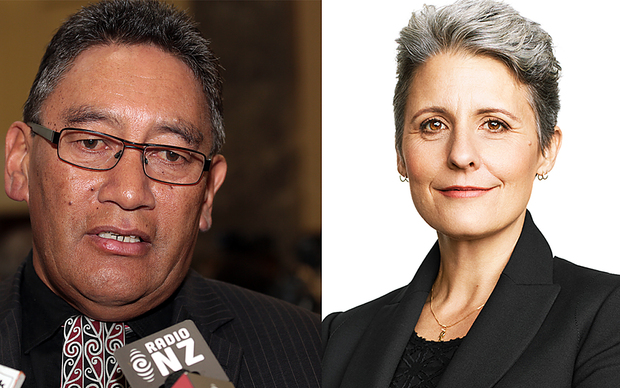 There has been talk of tension between the two movements after an expletive-laden email from Mana Movement leader Hone Harawira questioned whether the party's advertising was putting too much emphasis on the decriminalisation of cannabis.

But at a meeting in Otara, South Auckland, last night attended by about 150 people, Mr Harawira and Internet Party leader Laila Harre tried to put speculation of a spilt to bed.

"Of course there are tensions," Mr Harawira said.

"How do you put Annette Sykes in a room with Laila Harre and John Minto and Hone Harawira, and not have tension? If everything wet smooth, you'd say what a boring bunch of people, they may as well be National Party MPs." 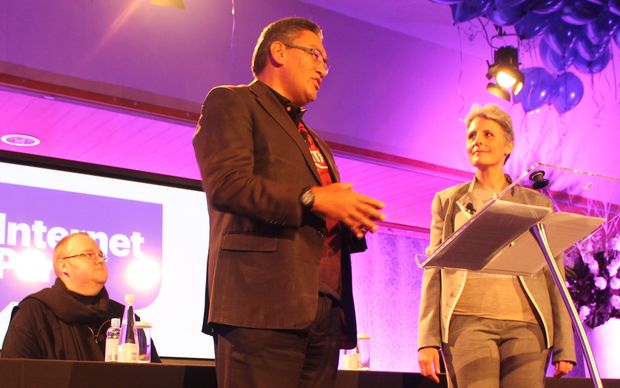 Questions were raised about the clause in the parties' agreement which allows them to review their deal six weeks after the election.

Internet-Mana said it was a clause brought over from the old Alliance constitution.

But Ms Harre said she was not intending to initiate a process to break up.

"I feel completely solid in this relationship, to me it is vitally important that we continue to work together," she said.

Ms Sykes, who is Mana's Waiariki candidate, said she had nothing to complain about with the relationship and suggestions there were issues was mischief making.

Mr Harawira said Internet Mana was recommitting to his Feed the Kids members bill to get state funding so all decile one and two schools could provide breakfast and lunch to their students.

The bill has not completed its first reading and will come back to the House in the next Parliamentary term.