There's been a heated exchange between National and other parties over the role of offshore investors in Auckland's property market.

Housing Minister Nick Smith has dismissed the suggestion at an election debate in the city that absentee investors are keeping Auckland buyers out of homes that come up for sale. 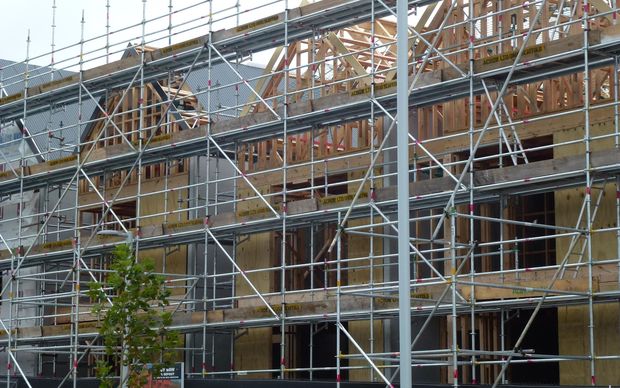 He told an audience of 150 attending a housing debate at the University of Auckland last night that overseas-based buyers who were not New Zealanders accounted for about 1 percent of sales, and that didn't worry him.

He dismissed a call from New Zealand First for policies to divert growth and some immigration away from Auckland to other centres.

"The sort of that Government is going to be able to make decisions on where the population grows, in my view, is actually mistaken," Dr Smith told the audience. "Government needs to respect the choices people make as to where they want to live."

The Greens' Julie Anne Genter said planning regulations are pushing new home building onto the city fringes where transport costs are higher, and developers were focusing on bigger, costlier homes.

"I think the market is failing to deliver small houses and there ways to fix that, ensuring the state is involved in competing and leading the market," she said. "The other problem is the way the banks lend money, they require a larger deposit on appartments and smaller dwellings."

Labour's Phil Twyford promoted his party's policy for the Government to build affordable homes, saying it would build planned communities in Auckland's northwest served by a dedicated busway.

Labour and the Greens called for more security for long-term tenants as ownership rates declined in Auckland, but Dr Smith said National was not giving up on turning around that trend.