The Prime Minister says he would be happy to turn up and give evidence to a hearing to be held by the Inspector-General of Intelligence and Security, nine days before general election. 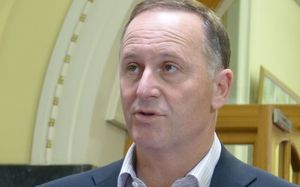 Cheryl Gwyn is apparently calling witnesses to give evidence in the investigation into the release of an SIS briefing prepared for the-then Labour leader, Phil Goff, in 2011.

The hearing will be held on 11 September and will be closed to the public.

The Whale Oil blogger Cameron Slater has confirmed he will be appearing.

As yet unnamed staff from the Prime Minister's office have also seen summoned but not John Key personally.

Mr Key said he was pleased with the action the Inspector General was taking.

"I'd be absolutely disappointed, shocked and horrified if a proper inquiry wasn't being undertaken, I'll be more than happy to go along and give my version of events."

He said he would expect the Inspector General to do a thorough inquiry and that was what she was doing.

John Key said he had no reason to believe any evidence from the office of former Justice Minister, Judith Collins, was being destroyed.

Ms Collins resigned as a minister after an email surfaced suggesting she had been involved in efforts to undermine the-then Director of the Serious Fraud Office, Adam Feeley, in 2011, which she denies.

The Labour Party is demanding evidence crucial to any inquiry into Judith Collins and other National Party ministers and staff be protected from being destroyed.

An inquiry will be held into the allegations, the scope of which is yet to be determined.

Mr Key said there was no reason to believe any evidence had been tampered with, and that if he became aware of any such behaviour, he would personally intervene.

"Things are backed up in Parliament, she's a thoroughly professional person, I have absolutely no doubt she will fully comply with things. She wants an inquiry and asked for an inquiry because she herself says she's got no issues and is not concerned in the slightest by what's taken place."

The Labour Party is demanding that evidence crucial to any inquiry into Judith Collins and other National Party ministers and staff be protected.

Mr Cunliffe said all documents in Ms Collins office must be secured immediately and Ms Collins' closest advisers, who have lost their jobs now she has resigned, should surrender their cell phones and laptops. 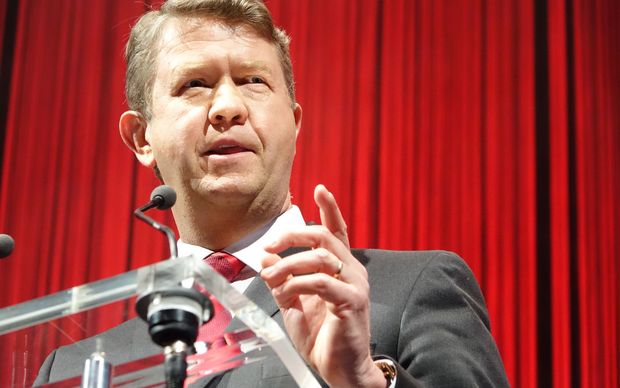 He said a full commission of inquiry must be held into the connection between National ministers and Whale Oil blogger Mr Slater.

And Mr Cunliffe said it is not just limited to Ms Collins.

He said he believed it would work in his favour and since becoming Prime Minister eight ministers have been either sacked or resigned.

"I have high standards. I hold people to account but I am also fair. I listen to both sides of it. In the case of Judith Collins I accept that you know there needs to be a full inquiry there and there will be a full and proper inquiry because some of the allegations or at least the statement that Mr Slater made in his email is a serious one."

Meanwhile, State Services Commissioner Iain Rennie said he has been contacted over the past 24 hours by the Prime Minister's office about the matter.

Mr Rennie said he is extremely concerned by an allegation that a minister has associated with third parties to discuss influencing his assessment of a public service chief executive. If true, it would be entirely unacceptable.

He said he told the Mr Key's office that Ms Collins had a positive view of Mr Feeley's performance throughout her time as minister responsible for the SFO.

The allegation that Ms Collins was part of a campaign to undermine the director of the SFO in 2011 is flatly denied by her, but Mr Key said the allegation was so serious she had no choice but to resign.

Greens co-leader Russel Norman said the State Services Commissioner's rejection that Ms Collins tried to influence the SCS's view of Mr Feeley does nothing to clear up concerns about the allegations and confirms the need for a wide ranging inquiry.

"It may be that they're just not aware of all the evidence. So we also have this other evidence which suggests that National Party people were engaged in undermining the Serious Fraud Office.

"So yes, we've got conflicting evidence in front of us, and of course, we've got this huge raft of swirling corruption evidence and allegations around the John Key Government."

And New Zealand First was also critical of the State Services Commission for being too quick to reject suggestions concerning Ms Collins' alleged involvement in undermining Mr Feeley.

"With the greatest respect to Mr Rennie he could not possibly have done a thorough investigation before he made that statement he simply hasn't had enough time."

Mr Key said he is seeking advice on the best way to conduct an inquiry into the latest allegations which Ms Collins asked him to launch.

In the meantime, she will remain the MP for Papakura and said she would be campaigning strongly in the seat which she held with a 10,000 vote majority at the last election.