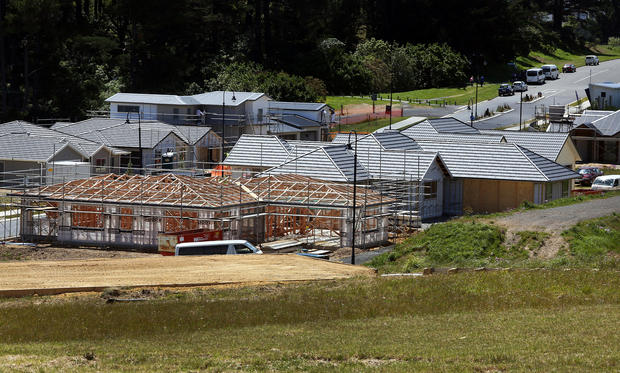 Labour has confirmed it would have 100,000 affordable homes built in a decade. Photo: RNZ / Diego Opatowski

Labour's policy, announced today, to build 100,000 new affordable homes over 10 years and sell them at cost to first home buyers is light on detail and does not add up fiscally, Mr Key said.

He said the policy was "a lovely idea", but accused Labour Leader David Cunliffe of lacking a plan.

Mr Key was sceptical that the Government, rather than a building company, should be in charge of such projects.

"Because history tells you that the Government is not particularly good delivering those kinds of products."

Mr Cunliffe announced that Labour would use the purchasing power of the Government to lower the cost of building a home.

A new two-bedroom terraced KiwiBuild home would be able to be sold for about $360,000 in parts of Auckland, under the policy, he said.

A couple earning $75,000 a year would be significantly better off under Labour's policy than National's, he said.

Mr Cunliffe said National's policy to give grants to first home buyers to buy new- build homes does not address supply of homes and would be likely to push house prices higher.