The National Party has unveiled a housing package it says would help about 90,000 lower and middle-income first home buyers, at its election campaign launch in South Auckland this afternoon.

John Key launched the campaign at the Vodafone Events Centre in Manukau, to about 2500 party supporters.

The grant scheme already in place would be expanded, to allow buyers of newly built homes, who belong to KiwiSaver to access up to $10,000 for an individual, and up to $20,000 for a couple. 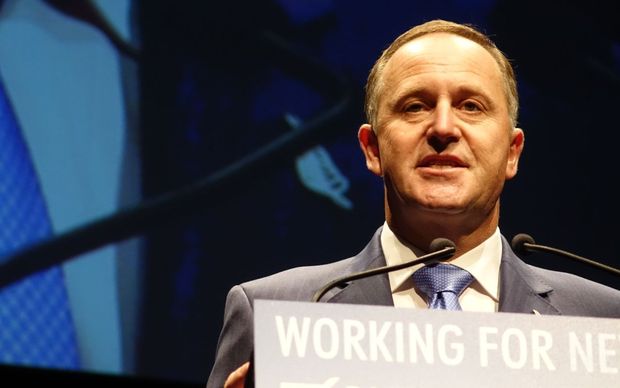 This can include homes that are not yet built.

The money available depends on how long they have been members.

Those buying existing homes could still get between $3000 and $10,000 for individuals and couples, for those who have been in KiwiSaver for at least three years.

People will also be able to withdraw more of their KiwiSaver funds for a house deposit, everything except the $1000 kickstarter.

Mr Key told the audience it was about getting people into their first home, and providing incentives for new homes to be built.

"If we have the privilege of being re-elected we will double Government support for first home buyers and over the next five years we'll help 90,000 New Zealanders into their first home." 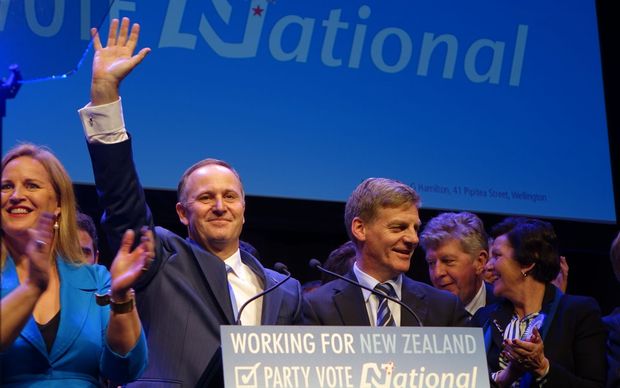 The Welcome Home Loan scheme is a mortgage insurance scheme that is subsidised by the Government, with the same income criteria as the home deposit grant scheme.

The National Party would allow more people to get Welcome Home Loans by raising the house price limit that first home buyers can borrow for.

Price caps in all other regions will also rise.

National gives the example of a couple in Auckland both earning $50,000 a year who have been in KiwiSaver for five years: they could withdraw $35,000 from KiwiSaver, receive a $20,000 new home grant, giving them a $55,000 deposit. For the Welcome Home Loan scheme they would need a 10 percent deposit, and so could borrow to buy a house costing up to $550,000.

The changes would come into effect next April and will cost nearly $218 million over five years.

National deputy leader Bill English has gone into bat for John Key, after a week dominated by questions about the Dirty Politics book.

During his speech, Bill English, talked up the Government's economic record, and the dangers of a Labour-led government.

He also came to the defence of Mr Key.

"In the past two terms, and I might say in the past couple of weeks, we've seen John Key deal with all issues with an untiring patience, endless courtesy and good humour. I think my colleagues would agree that each of us is a better politician for John Key's leadership."