Fijian authorities are concerned the latest cases of Covid-19 in New Zealand and Australia will impact Fiji's Blue Lanes initiative amid the pandemic. 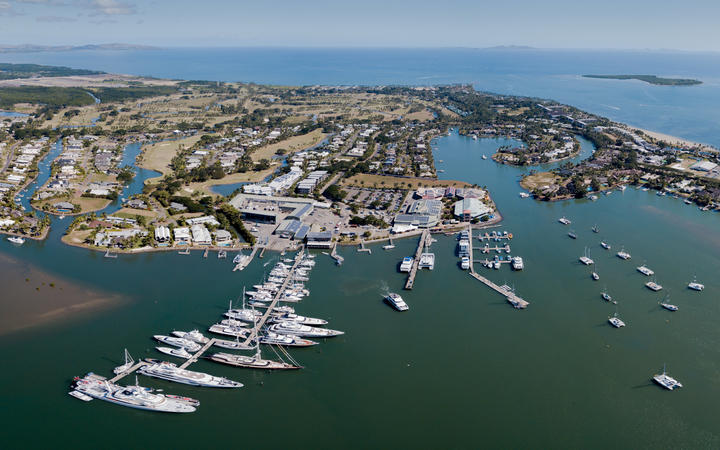 With no tourists coming in by air, the Blue Lanes initiative has been a tourism lifeline. It was launched last July opening the way for yachts and pleasure craft to be accepted into Port Denarau in Nadi, once they met criteria including a 14-day quarantine at sea.

Since then, about 100 yachts - including eight superyachts - have come through Fiji bringing with them more than 400 passengers and crew.

Cynthia Rasch of the Port Denarau Marina in Nadi said most of the yachts had arrived via New Zealand and Tahiti.

But she warned that with New Zealand and Australia battling Covid-19 outbreaks, and Tahiti's border still shut, Fiji's maritime tourism sector is under threat.

Listen to this story and more great Pacific content on this week's episode of Tagata O Te Moana.

"Is Tahiti going to allow boats to still continue through so that Australia, New Zealand and Fiji can benefit?

"Australia and New Zealand have stringent conditions in place. Australia has the condition that you'll need to get approval from the Home Affairs Ministry to go anywhere else.

"And then when they do make their way back to Australia, their passage is not recognised, is not counted towards the quarantine period."

Rasch said the government's aim of attracting more vessels this year amid the pandemic was not looking favourable.

She said with the cyclone season to end in April, Fiji was optimistic more yachties would make their way to the Pacific.

"How this is going to pan out for us in terms of reviving our economy through the Blue Lanes come May when our cyclone season ends, and our yachting season begins.

Meanwhile, the government is also allowing boat owners to arrive in Fiji on their private jets and board their superyachts that had been permitted entry through the lanes.

Rasch said the requirements include boat owners engaging with a Fiji official, providing a negative Covid-19 result 72 hours before arriving in the country, and showing an itinerary on where they intend to cruise within Fiji.

The yachties are also expected to bear the costs of a shadow boat during their 14-day quarantine cruising period.

Fiji had demonstrated the creative initiative that made the country a hub for superyachts, Rasch said. US yachtie optimistic more boats will head to Fiji

One of the first boat owners to come through the lanes, American Keith Whitaker and his family arrived in Fiji onboard their vessel Zatara to get away from New Zealand's winter.

Since December, Fiji had been hit with three cyclones - two of them superstorms.

The Whitakers from Texas decided to flee the Pacific's cyclone season and headed to Australia in December. The trip took them about 10 days under the Cyclone Refuge Visa (CRV).

Speaking to RNZ Pacific from the Sydney Harbour, Keith Whitaker said it was a different experience arriving in Australia to that in Fiji.

He said following Cyclone Yasa in early December, the family had applied for the visa which is for 12 months and it included a health clearance which they had to get done in Fiji.

"Once we had that, we had to apply for the Cyclone Safe Haven Exemption," Whitaker said.

"Then we had to apply for another exemption from the state that we wanted to visit. In our case it was Queensland.

"So, we had to get an exemption from the Australian Government and the Queensland State. In Queensland, we had to complete 14 days quarantine in a hotel. The sad thing is Australia does not count the time yachties spent at sea.

"We're very thankful to Australia for letting us into the country, but there are challenges for yachties who have not been able to get there under the CRV.

"The Aussies have been wonderful. It's a lot like when we were in New Zealand last year. We are not required to wear face masks. There haven't been any lockdowns and we have had free travel." 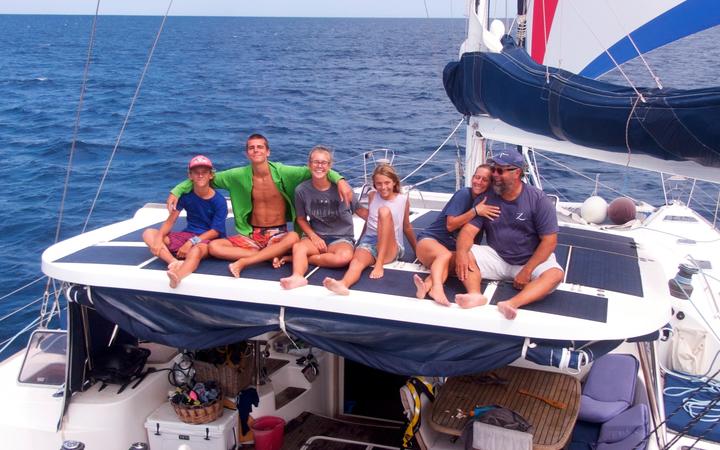 The Whitaker family aboard the Zatara. Photo: Supplied/Sailing Zatara

While he welcomed the Fijian initiative, Whitaker said more could be done by New Zealand and Australia to help boat owners wanting to cruise the Pacific during the pandemic.

Australian boaties could not leave the country and go anywhere, he said, but he didn't think it was the same case for those in New Zealand. But he said he was confident there would be many yachties coming to Fiji.

"We don't plan to return to Fiji just yet as we have been there three times," he said. "But there are a lot of people in New Zealand and the South Pacific that will be coming to Fiji this year.

"Last year, we met lots of Kiwis who had come to Fiji through the Blue Lanes and have now returned to New Zealand. I think the same thing will happen this year.

"They are going to have a lot more boats than last year because all those people stuck in New Zealand are going to want to get out of there during the winter.

"There are also a lot of international yachties in Australia that are going to Fiji."

Whitaker said he was optimistic more yachts would head to Fiji this year.

With a couple more months to go until the end of the cyclone season in the Pacific, Whitaker is urging yachties who want to go to Australia to apply early for the visa as it could take months to be approved.

But for those who were stuck in Fiji, he said there was so much to see, adding that the Blue Lanes was a great way to get Fiji's maritime tourism sector back in business.

"Fiji is a shining example of what all countries need to do with yachties and the marine tourism industry," he said. "They are open for business and they want the yachties there.

"Yachties are tired of sitting around on their boats, locked up and are ready to get out and travel."