Boat owners allowed to enter Fiji's Blue Lanes are urging other countries to adopt a similar initiative amid the Covid-19 pandemic. 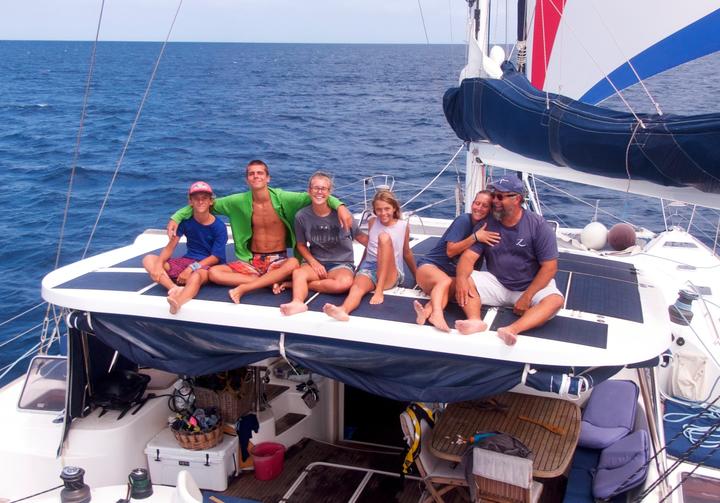 The Whitaker family aboard the Zatara. Photo: Supplied/Sailing Zatara

The initiative was launched in June and saw its first vessel berth at the Port Denarau Marina in Nadi last month.

According to the Fiji government, the plan is to lure mariners and super yachts who want to escape the pandemic in "paradise".

Its 'Bula Bubble' proposal with New Zealand and Australia is yet to get off the ground and will be some time as both countries battle new outbreaks of Covid cases.

But the Fijians are pushing ahead with its Blue Lanes and the authorities are optimistic the project will bring in the much-needed revenue to boost the depleted tourism industry.

As of 18 August, 36 vessels have been allowed through the lanes with several more moored off the Port Denarau Marina in Nadi waiting to complete their 14-day quarantine at sea.

American Keith Whitaker has welcomed the Fijian initiative and is urging other countries to do the same.

Whitaker and his family of six arrived in Fiji last month to escape the New Zealand winter onboard their yacht, Zatara.

Speaking to RNZ Pacific from Port Denarau, the Texas native said the Blue Lanes are a great way to lure yachties who wish to escape the pandemic.

"The blue lanes are working well and the Fijians are so thankful we are showing up in the islands," he said. "Especially way out where they only normally get tourists.

"Everyone has been helpful and we also commend the efforts of the Fiji Navy who have been helping yachties with food and other supplies.

"There were some boats - yet to complete their quarantine at sea - who didn't have the room to provision that much food and the navy would bring food out to them. Of course, they had to pay for them." 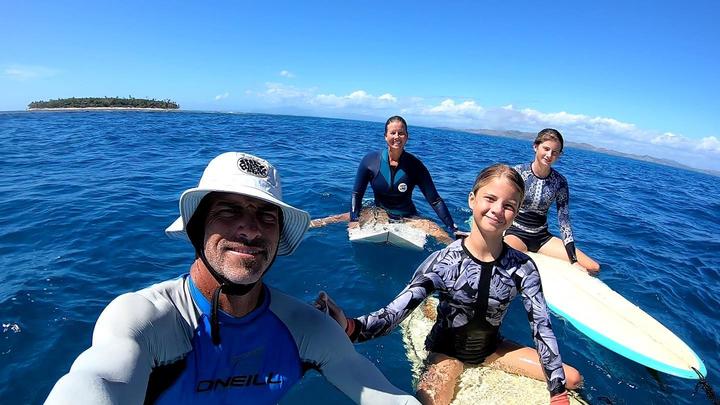 The Cooper family from Santa Cruz in California. Photo: Supplied/Sailing with Renegade

Robyn Cooper from California and her family were the first visitors through the blue lanes.

The 44-year-old, her husband and their two daughters also sailed from New Zealand on their yacht Renegade to escape the cold there.

"Fiji has done a great job, finding a way to open their borders to the yachties which I think is good," she said.

"And the Ministry of Health has done an excellent job in making sure that we are in good health and also the local Fijians have a very low risk to us."

Boats roll in amid strict measures

The requirements for the Blue Lanes are strict, with boat owners first having to complete 14 days or longer uninterrupted quarantine at sea. Vessels must not stop at any other port on their way to Fiji.

Bainimarama said everyone onboard would also need to undergo screening by Fiji health officials once they were allowed through the lanes. 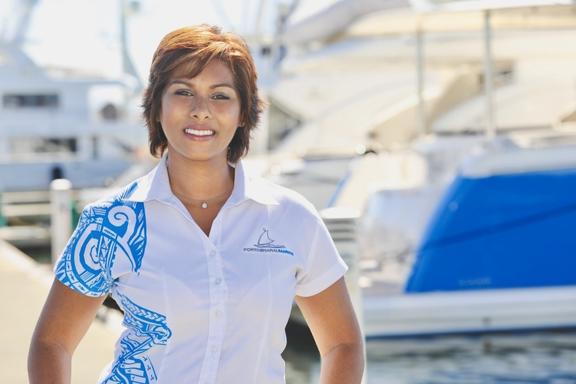 More than 20 boats have entered Fiji through the blue lanes and dozens others are anchored off Port Denarau - one of only two marinas boaties can moor their vessels in Fiji. The other is at Vuda Point in Lautoka.

In a notice issued on 4 August, the Maritime Safety Authority of Fiji (MSAF) said the two ports were the only authorised berthing areas for yachts coming in from overseas.

Port Denarau's chief executive, Cynthia Rasch, said the number of superyachts coming though the lanes has been encouraging as they spend an average of about $US120,000 during their stay.

Rasch said majority of the yachts were coming through New Zealand and French Polynesia.

She said the super yachts are at least 24 metres long and spend between 60 and 80 days in Fiji while the smaller vessels stay between 120 and 160 days, and are each pumping about $US35,000 into the Fiji economy.

The next challenge: safe refuge

The escape to paradise is expected to last a couple more months for the yachties as the cyclone season in the Pacific begins in November.

Whitaker and Cooper have joined hundreds of boaties stranded in the region to call on New Zealand to allow safe refuge there from the dangerous cyclone season. 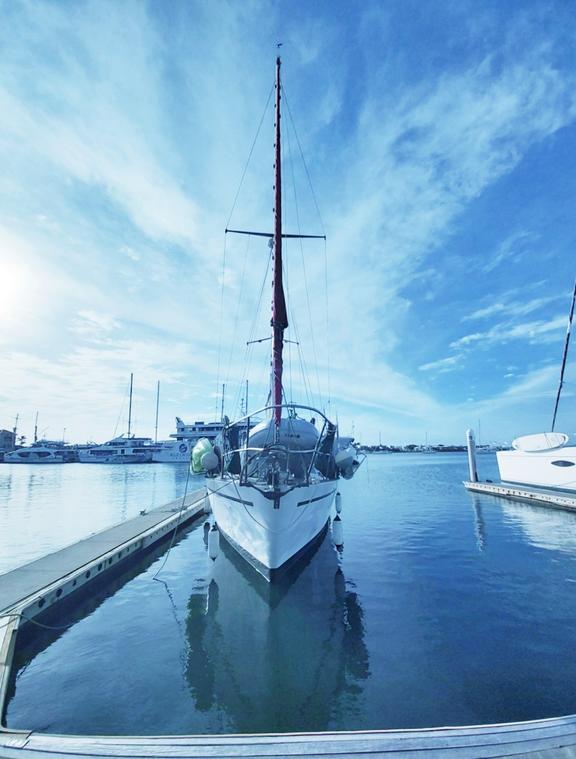 Guy Chester, of the Ocean Cruising Club, earlier told RNZ he had been appealing to the New Zealand government since April to create a border entry exemption process for those on small yachts in the Pacific to come to New Zealand before the cyclone season starts.

Chester is the Rear Commodore and said the club had members from many countries, most of them from Australia and Europe.

He said their members don't own rich superyachts - the vessels range from 7 to 20 metres long and they aren't capable of riding out a cyclone at sea.

He's registered about 200 crews desperate to come to New Zealand - about 1000 people but thinks there's at least another 100 crews on top of that.

Whitaker said with New Zealand hosting the America's Cup next year, a similar scheme to Fiji's Blue Lanes could be considered by the government.

"Yachties are very nervous," he said. "If New Zealand said right now all you yachties who go to Fiji this season will be allowed to come back and you'll just quarantine on your boat and we'll do the same thing Fiji's doing, those yachties would've left.

"There would be 100 boats out of New Zealand coming to Fiji and they would come back to New Zealand for the America's Cup. Super easy to manage."

Cooper said she hoped New Zealand and other countries in the Pacific would follow Fiji's lead in opening their borders to boaties.

"Fiji has set the standard in how to allow the yachts to travel through the Pacific and how to jump-start their economy by allowing some yachties to come in.

"We pose an extremely low risk especially when we've been out at sea and we are used to being in quarantine as part of maritime travel for a long period of time.

"So we are used to coming in and dropping an anchor and waiting to be cleared by health officials."

Cooper said once they had met all the Covid-19 requirements, the boaties could come on land and they are willing to spend their tourist dollars on the local economy and help the country.

The Coopers had planned to visit Vanuatu, New Caledonia and the Solomon Islands.

Whitaker said the biggest struggle facing yachties amid the pandemic could be that governments are uncertain about what they want to do.

"They are trying to figure out the rules and some of them may not want to make exceptions because they feel that if make one exception then they'll have to make a bunch of exceptions.

"The bureaucracy in the governmental control is unyielding during this pandemic."

New Zealand's Health Ministry is responsible for the process, and says it's developing guidelines for the humanitarian and other compelling needs' exemption category.

Currently, any foreign vessel must apply to the Director-General of Health for approval to come to New Zealand.

If that's granted, those on board must then each apply for permission to Immigration New Zealand.

In the meantime, Whitaker said he will be taking his family to explore the Fiji islands.

That's what we're here for and we're going to enjoy every minute of our stay, he said. 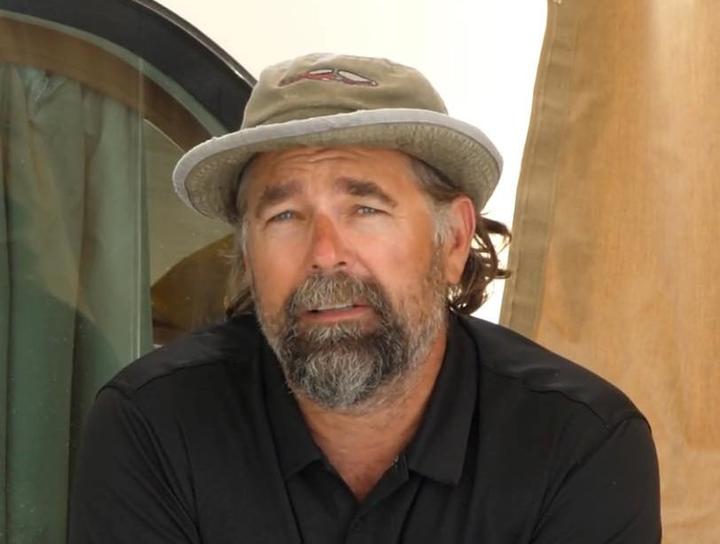