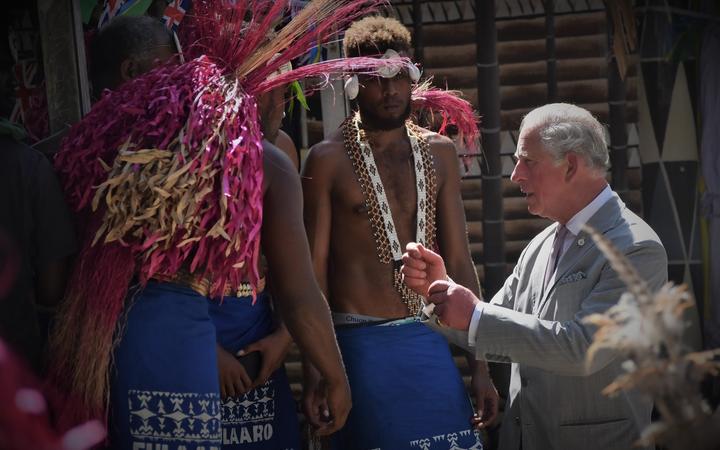 The ceremony, which will take place at Lawson Tama Stadium in the capital Honiara, is one of the main events of Prince Charles' final day in the country.

Earlier this morning, the British royal addressed the Solomon Islands Parliament before attending a luncheon hosted by the Governor General at the Mendana Hotel.

He will also be visiting the headquarters of the Forum Fisheries Agency, which drives the sustainable fisheries management agenda for its 17 Pacific Islands member countries. 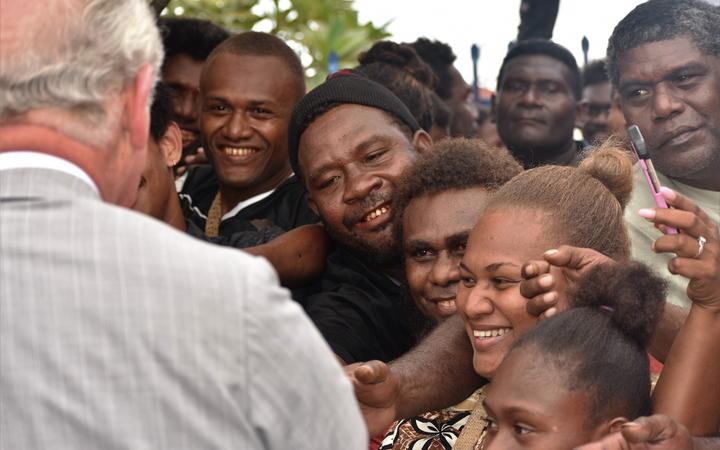 Solomon Islanders turned out in the hundreds to see the Prince of Wales. Photo: Solomon Focus/ https://bit.ly/2KNBmRC

Prince Charles arrived to a warm welcome over the weekend with hundreds of Solomon Islanders greeting him, said RNZ Pacific correspondent Georgina Kekea.

"I think people responded very good. Though there is scepticism being shown on social media and all that, the amount of people coming down to shake his hand, it portrays a different story of how Solomon Islands look at Great Britain and the royal family," she said.

The scepticism Ms Kekea referred to included anti-colonialist sentiments and claims for compensation for historical grievances such as the Malaita Massacre of 1927.

During his visit, Prince Charles also met with the country's prime minister Manasseh Sogavare and bestowed Queens Birthday Honours in an investiture ceremony at Government House. 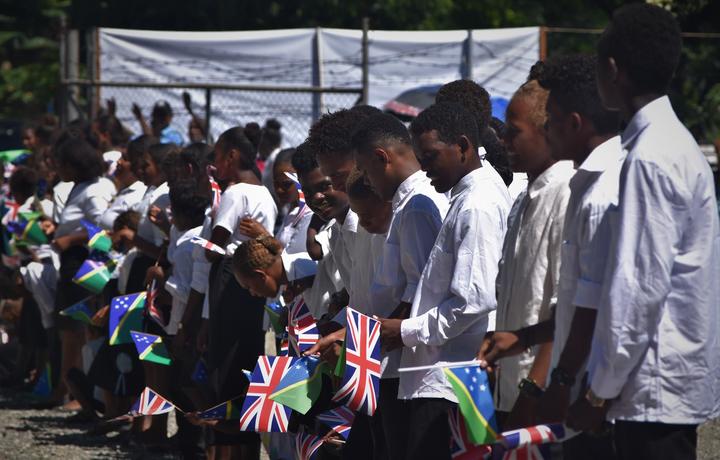 Students lined up to welcome the Prince of Wales in the Solomon Islands capital Honiara. Photo: Solomon Focus/ https://bit.ly/2KNBmRC

On Sunday, he attended a service at the Anglican Church of Melanesia's St Barnabas Cathedral where he launched this year's 16 Days of Activisim Against Violence Against Women.

Prince Charles is due to depart Solomon Islands today.

As a former British Protectorate, Solomon Islands has been visited by Queen Elizabeth II in 1974 and 1982, and more recently, Prince William and the Duchess of Cambridge Kate Middleton travelled there in 2012.