Opinion - Talk about the terrifying march of time. It seems like only yesterday that the Abuse in Care Royal Commission of Inquiry was just a twinkle in the eye of a newly elected officials, and not too long after that a bouncing newborn who came into the political world with the best of intentions. 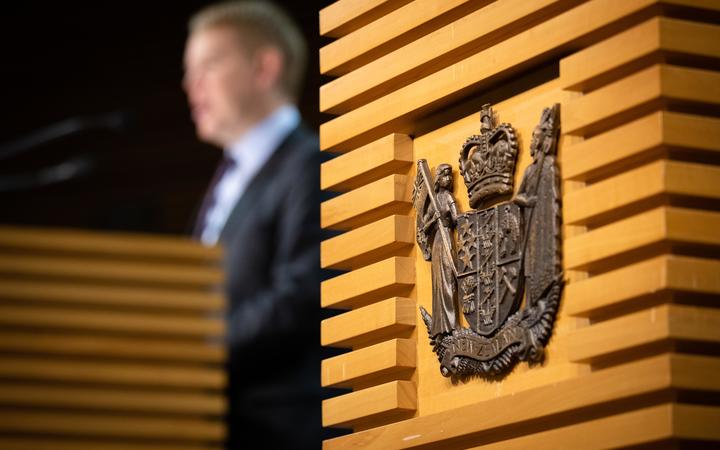 Today, in human terms, the biggest-ever official inquiry in New Zealand history finds itself fast approaching midlife, with all the strengths and natural disadvantages that age confers.

The commission also finds itself these days endowed with a skyrocketing budget than most news operations - and a snazzy new user-friendly website to show for it and the ability to plan for public hearings with evermore elaborate touches. It employs about 180 people.

Two years into the formal process that is expected to run until late 2023 at least, the commission has issued an interim report that positively teeters with good advice to all in political sundry. The 21-page document was presented to parliament today.

He Purapura Ora, he Māra Tipu - From Redress to Puretumu Torowhānui, argues for "urgent action" to restore mana to people who suffered abuse while in residential settings by adopting its 95 specific recommendations.

Coincidentally, as it happens, that is exactly the same number of theses that Martin Luther tacked on to the church door in Wittenberg. Whether in this case they spur a reformation in the New Zealand political culture remains to be seen.

But it will not be for lack of trying.

Current redress processes for survivors are "unquestionably failing to produce fair, consistent or adequate outcomes", the report argues. It says that much of the failure for this has to do with the lack of "consistently applied principles". These it goes on to enumerate in impressive detail.

Among the recommendations are the expansion of existing support services for survivors and better training for those working in the sector, the fine-tuning of processes for referring allegations of abuse to other agencies, and better monitoring of the relevant systems in general.

It also proposes a much-needed booster shot for a legal aid system whose efficacy has waned over time like a spent vaccine.

Another key recommendation - a welcome touch, this - is the demand that government agencies quit their deplorable habit of having old files heavily "lawyered" and, in the interests of protecting their political overlords, redacting key aspects of these records.

The likes of Crown Law may see such tampering as being terribly clever in terms of reducing potential liabilities. But for many former wards these files are sometimes as close as they will get to an old family album. These endless redactions are like losing one's history. And losing one's history, as an old Russian proverb has it, can be like losing both your eyes.

While the report rightly underscores the shameful Māori dimension to the country's grand experiment in residentially housing the young, a newcomer reading about the subject here for the first time could be forgiven for thinking there was no other major ethnic aspect to the story. That is still an unhelpful inference to take.

For much of the half-century currently under scrutiny, the state-run residences at least were equal-opportunity disasters for economically impoverished Māori and Pākehā wards alike, although it is certainly true they tilted significantly in the direction of the former in their last couple of decades.

For all such ex-wards, and all the others as well, one can probably wager - five-get-you-10 - the most important recommendation of all in the latest report is the one embedded in the title. Which is to say, the financial specifics of redress.

The commission deserves to be congratulated for demanding a specific political plan and timetable - as opposed to politicians issuing mere pieties - for "giving priority and urgency to claims from elderly or seriously ill survivors". This would include making interim payments to claimants where appropriate. It says the government should do this within four months.

During the same period, possibly even before the next round of public hearings in February, the commission might put together a set of recommendations for specific amounts depending on the nature of any abuse that might have taken place.

The people at the heart of the inquiry deserve it. Time is marching on for them, too. As the report notes, survivors continue to suffer as they wait for financial justice and too many have dropped dead in the meantime.

"They should wait no more," the commission insists. "The time for action is now."

*David Cohen is a Wellington-based writer and the author of Little Criminals: The Story of a New Zealand Boys' Home. He supplies regular analyses of the Abuse in Care Royal Commission for RNZ.