International analyst Geoffrey Miller explains why the free trade agreement between New Zealand and the United Kingdom is not just about building back butter. 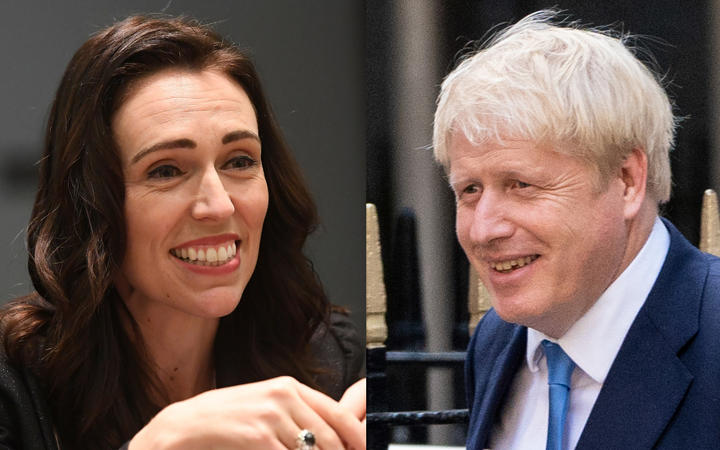 The new Aukus defence pact between Australia, the United Kingdom and the United States will go down as one of this year's biggest foreign policy surprises.

By contrast, only the exact timing of the announcement of a free trade agreement (FTA) between New Zealand and the United Kingdom was uncertain.

The UK signed a particularly generous agreement with Australia in June, and New Zealand's diplomats were clearly expecting to secure a very similar deal.

Given that Aukus demonstrated just how close the Australia-UK relationship is - not to mention the expected financial windfall to British defence companies from the submarine deal - this expectation might be surprising.

There were clearly some last-minute sticking points. In August, both sides publicly signalled that a deal would be signed by the end of that month - which obviously never happened.

Nevertheless, the fact that an agreement very much in New Zealand's favour was imminent was never in real doubt.

While Australia signed its FTA when Scott Morrison was in the UK in June - at the same time that the Aukus deal was reportedly finalised - there has never been any real suggestion that the defence and trade deals were directly linked.

For New Zealand's food exporters, the deal is almost too good to be true.

Nearly all tariffs will be eliminated either immediately or over a maximum 15-year period, even in sensitive sectors such as dairy and meat. New Zealand's wine industry is another big winner.

In return, the UK will receive very few direct trade benefits - largely because New Zealand unilaterally removed barriers to most imports during the economic reforms of the 1980s.

In fact, a British government analysis found that the deal would at best be only very slightly positive and could even end up reducing the size of the UK economy by -0.01 percent of GDP.

Gains to the economy from the Australia FTA, while also marginal, were at least predicted to be universally positive.

Why would Boris Johnson sign up the UK to what his own government predicts will be a bad deal?

The need to notch up another quick win for his post-Brexit, "Global Britain" vision is the most convincing and straightforward explanation.

It helps that New Zealand - even more so than Australia - is one of the most pro-free trade countries on earth.

But the deal is also part of a wider geopolitical jigsaw puzzle.

In March, Britain announced a "tilt to the Indo-Pacific" in a much-heralded, post-Brexit review of its foreign and defence policy.

The Indo-Pacific nomenclature is a short-hand way of referring to the West's new desire to counter what it sees as China's own ambitions in Asia and beyond.

The recent high-profile tour of the region by the UK's Carrier Strike Group - including the HMS Queen Elizabeth - was one immediate and very pointed implementation of the new strategy. 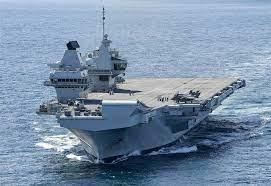 The unveiling of Aukus on 15 September came midway through this show of force.

The UK's trade deals complement this military side of the picture.

From the New Zealand perspective, the exceptionally good deal makes it easier to start afresh and put to bed the narrative that it was sold down the river when the UK joined the Common Market in 1973.

It is true that the goodwill generated by giving New Zealand an unusually generous agreement will not have any immediate impact on New Zealand's overarching foreign policy strategy.

New Zealand's general approach is to try and keep on good terms with China - a necessity given the $20b in exports it sells to the country every year - while doing just enough to support Western partners that are more sceptical of Beijing.

But the UK-NZ free trade agreement may mark the beginning of a trade-centred approach by key Western players to show countries like New Zealand that there is a genuine alternative to reliance on China.

The very good terms of the deal are material to this point.

British interest in joining the wider Trans-Pacific Partnership (CPTPP) deal - an aspiration that will no doubt be assisted by the arrangements now in place with both Australia and New Zealand - would be another next step.

And New Zealand's pending free trade deal with the EU - still a work in progress, but now very much an inevitability - would be a further piece in the puzzle.

The EU released its own Indo-Pacific strategy in September, under which the bloc explicitly listed an FTA with New Zealand as a goal.

The strategy explained how the EU was seeking to "deepen its engagement with partners in the Indo-Pacific to respond to emerging dynamics that are affecting regional stability".

By Brussels standards, this is plain speaking indeed.

A free trade deal with the US - which only retreated from the CPTPP at the last minute, after Donald Trump took office - could be the final part of the jigsaw.

Indeed, it's not inconceivable that the CPTPP - which began in 2005 as the "P4" deal between New Zealand, Singapore, Brunei and Chile - could eventually end up as a Western-led bloc that includes the UK, EU and US - as well as the original member countries around the Pacific Rim.

This possibility explains why China submitted its own application to join the CPTPP - the day after the Aukus deal was announced.

For now, New Zealand's free trade deal with the UK might be about building back butter - but it could end up being more about Beijing.

*Geoffrey Miller is the Democracy Project's international analyst and writes on current New Zealand foreign policy and related geopolitical issues. He has lived in Germany and the Middle East and is a fluent speaker of German and Arabic.