Opinion - It was announced yesterday that Australian actress Rose Byrne will star as Prime Minister Jacinda Ardern in an upcoming movie about the response to the Christchurch mosque terror attacks of 15 March, titled They Are Us. 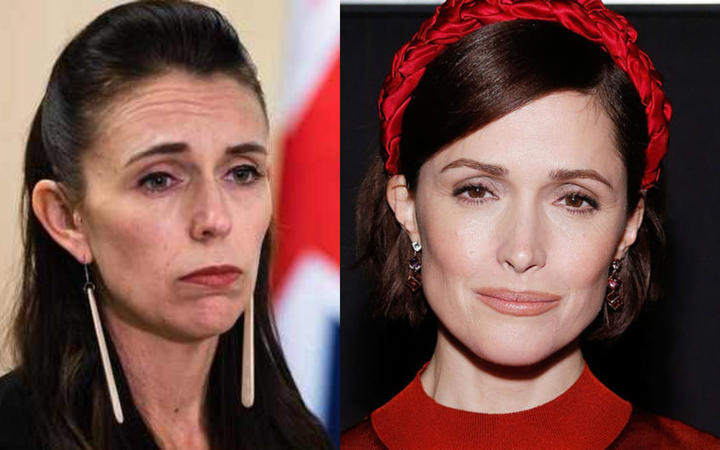 The movie will be directed by New Zealand's Andrew Niccol. The movie's focus is apparently going to be on the positive impact of a strong leader in the wake of tragedy.

Let's take a moment to unpack that oversized baggage of white nonsense.

To be clear, this is the peak Karen of film announcements.

We are barely over two years on from one of the deadliest mass shootings in modern history.

The 51 people who were killed and the 40 who were injured were specifically targeted for their Muslim faith. Those families are still traumatised and recovering from injuries, mourning and missing their loved ones.

They are still painfully experiencing firsts without their loved ones: first day of school, first grandchild being born, first jobs, university graduations and so much more. Their wounds have barely had time to scab over.

Uninjured witnesses to the horrific shootings are still fighting for support from the ACC for their mental injuries.

A survivor of the attacks, whose own father was killed that day, reported as recently as Friday that he encountered racist abuse outside his workplace, with no bystander intervention to help.

The Christchurch mosque attacks destroyed the lives of entire families and confirmed the worst fears of the Muslim community in New Zealand: that we aren't safe anywhere. Not here. And certainly not if we're Rohingya, not if we're Uyghur, not if we're Palestinian, not if we're in our places of worship or even just crossing the street.

Somebody explain to 9-year-old Fayez Afzaal how to feel any other way as he recovers in a hospital in Ontario, the sole surviving member of his family after his parents, sister and grandmother were murdered by yet another white supremacist terrorist with Islamophobic views.

This attack in Canada happened just this week. You probably didn't hear about it. Because white women like Rose Byrne and Jacinda Ardern will dominate the headlines while our communities are suffering.

This movie purports to centre a white woman character and her role in the aftermath of a heinous tragedy instead of focusing on the stories of the victims and survivors. It's being directed by a white man. Hollywood will make money off this. Rose Byrne will be paid a pretty penny.

Remember that there were people in that mosque who literally put their bodies in the firing line and died to protect others, but apparently it's the white saviour's story that's worth telling instead.

Where is the Muslim community that was most impacted in this?

And I am not mollified by some "consultation with several members of the mosque". I'm not naïve enough to believe the scope or depth of that consultation process would have been anywhere near adequate.

How is it okay for others to profit off our pain? How is it okay for Muslims to be de-centred from a story about their suffering? How can we celebrate this tragedy as something that was ultimately a triumph because someone got a pretty photo of Ardern in a hijab and it inspired some graffiti art and a light show in Dubai?

The banning of assault weapons, while important, did nothing to address the core issues of Islamophobia and racism festering in our societies under a thin façade of tolerance.

Similarly, this movie will achieve nothing for the community that was attacked either. It's exploitative. It's in bad taste.

USC Annenberg recently published a study on Muslim representation in popular film. It found that in popular films between 2017 - 2019, 181 of 200 films had no Muslim characters at all. Of the nearly 9000 characters in these films, only 1.6 percent of the speaking roles were Muslims.

Not only are we grossly under-represented, but when we're represented at all it's either as the victims or perpetrators of violence. And Muslim women are all but invisible on screen. The incredibly diverse ethnic backgrounds of Muslims are also erased in favour of the stereotypical portrayal of a Muslim as being either Middle Eastern or North African.

Given that, how can we have any confidence of this story being told with any sensitivity, nuance or even truthfulness?

If the Christchurch attacks are the subject of a movie, how can we be certain the violence won't be glorified? That it won't give hope to would-be attackers that their hateful actions would bring them the notoriety they seek?

That's not to say we shouldn't talk about the attacks, but there are at least 91 people I can think of who I would rather see as the subject of any such movie rather than our Prime Minister. Those 91 people and their families are mostly immigrants and refugees, of all ages, racial backgrounds, genders, working across so many industries. I promise you that any one of their stories would be more interesting, and worthy, of immortalising on film.

But Muslims also don't want to be depicted only as the victims or aggressors of violence. Believe it or not, most of us can get through our entire lives without having thrown, or being on the receiving end, of a punch. We exist outside this context of tragedy too.

However, no one wants to know us on our terms. "They are us" plays nicely in a soft liberal speech, works well as a caption. What does it mean, in practical terms, if we can't even be seen as the heroes of our own stories.

* Saziah Bashir is a freelance journalist commenting on issues of social justice, race and gender. She completed an LLB, BCom and LLM from the University of Auckland.

** Note: Prime Minister Jacinda Ardern's office clarified that neither she nor the government have any involvement in the film.