First Person - Who even cares about New Zealand Music Month any more? Every May the poster campaign rolls around. The logo of concentric circles tries to provoke mass hypnosis or brain-altering conversion to the powers of local music. 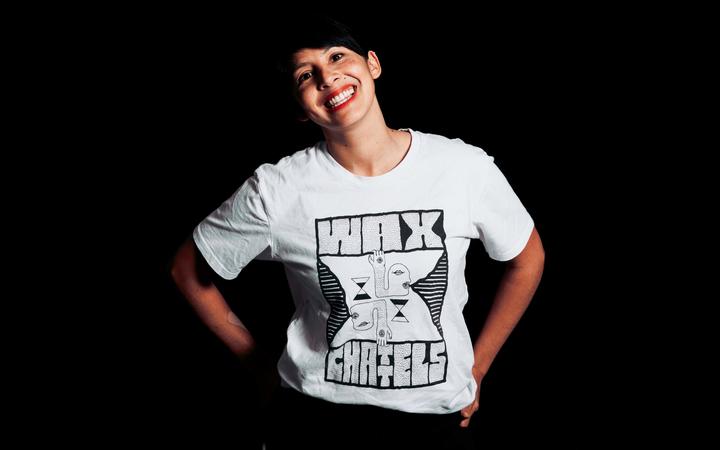 Some gigs happen. A panel discussion and exhibition here and there. Big box music retailers make a window display. And then, onto June's awareness month we roll.

Perhaps this ambivalence is the success we should be celebrating. The Aotearoa music ecosystem is at a point where local artists can sell out stadiums, rule the charts and airwaves, and headline festival line-ups. Our artists' songs appear on international television shows and win global awards. Many acts in diverse genres sustain a career through regular international touring when there isn't a global pandemic.

That's a far cry from late last century when local music was acknowledged for one measly week. It was a time when love of our own songs was primarily expressed through drunken singalongs or as ironic guilty pleasures.

Back then there was the perception that our music was generally inferior to international output. And if a band did well overseas, then the Australians would claim them as theirs. Wellington acts like Fur Patrol, Shihad and many before them had to leave these shores to "prove themselves" or "make it big".

Casting my mind back to one of those weeks: Fur Patrol, Shihad, Trinity Roots, The Black Seeds, The Phoenix Foundation and a few others performed nights of classic Kiwi covers. These were small gigs. Through clouds of cigarette smoke and over the squelch of spilled handles of cheap beer, punters were treated to kitschy, loving renditions of pub classics and outlier pop hits. No one has ever given Sharon O'Neill's Maxine the vamp and moxie it deserves than Julia Deans.

In the days before NZ Music Month, songs penned and performed by us hardly ever made it past the gatekeepers of mainstream airwaves. For the remaining 51 weeks of the year it was through the good grace of student radio and music television that we were exposed to homegrown talent.

Sure, technology and the internet have played a part in transforming how we access, promote and experience music, benefiting our music makers. Yet it's also those very advances that pose the biggest challenges for the future vitality of our music sector.

Streaming services and the pitiful artist royalties that our songsmiths earn is one glaring point of inequity. So too are the algorithms that now dominate who and what we listen to. Should we be concerned that the technology and personnel behind companies like YouTube and Spotify are so transnational and faceless? How much power should these entities have to decide what music makes it to our ears? Why should music be so freely accessed and commodified without its makers getting a fair share?

It seems then that the need for NZ Music Month fundamentally remains. A concerted effort is still needed to get our music to us, the audience. By supporting a thriving live scene around Aotearoa, having a diverse range of people participating in all levels of the sector, and taking care of them, we might look back in another two-decades time with a sense of progress.

One sign of progress is MusicHelps, an organisation that provides counselling and pastoral support to those in music experiencing hardship.

*Yadana Saw is a RNZ Music journalist and content producer and occasional chauffeur for The Spinoff.