Opinion - After Heaven and Hell: The Centrepoint Story aired on TVNZ last night, viewers might confuse the commune's promiscuous lifestyle with polyamory. Don't mix the two up. 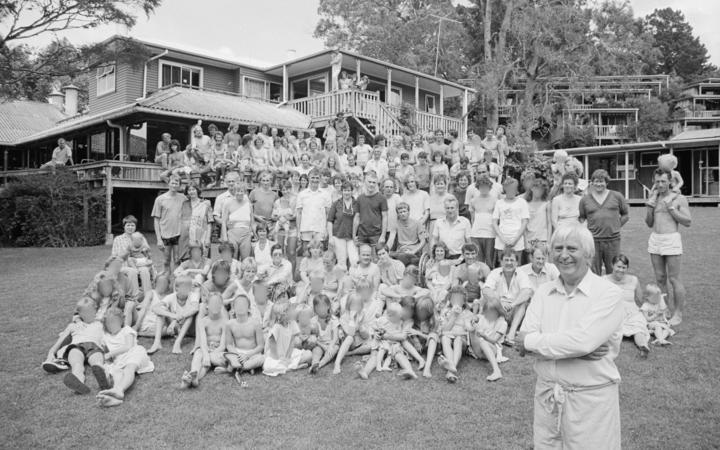 Hundreds of New Zealanders lived at Centrepoint as children and teens.

Some of their stories about trauma, neglect, drugtaking and sexual abuse are told in Heaven and Hell, now on TVNZ On Demand.

Before the documentary went to air, three survivors of Bert Potter's infamous "sex cult" that existed in Albany from 1977 to 2000 were on the Breakfast show earlier last week to talk about restorative justice for victims and their families.

Their brave TV appearance was a first and host John Campbell was visibly moved. He welcomed the women by saying: "'Free love community' - I hate that phrase in that context!" He's not the only one. 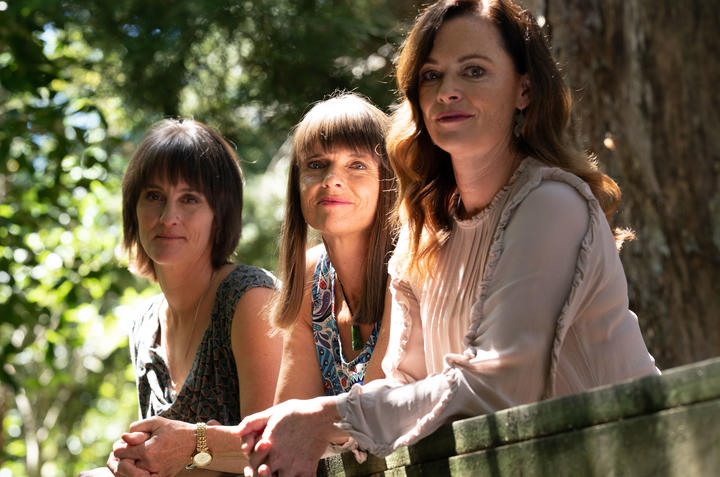 Although most Kiwis live a monogamous life (or pretend to, even when they're cheating) there are thousands who don't, but they're more honest.

There are no figures for New Zealand yet, but a 2017 study showed that one out of five Americans engages in consensual non-monogamy (CNM).

CNM, or open relating, means having more than one romantic partner or sexual connection simultaneously, and being transparent with them, though not necessarily with the wider world.

Swingers who attend "play parties" every weekend but are only emotionally bonded with their spouse fall under that umbrella, as well as relationship anarchists (RA) who don't have a "primary". They could even be asexual, but still in love - platonically. So don't jump to assumptions or conclusions.

Polyamory is only one form of CNM and more closely defined. It means loving multiple people.

Anyone who has more than one child or doesn't give up an old friend for a new one knows that the heart has room for many humans. Love is not a finite resource.

When it comes to intimacy and sex, that can get more complicated because shame, guilt and jealousy are deeply conditioned into us. Owning our desires and facing primal wounds requires work, sometimes even a therapist. 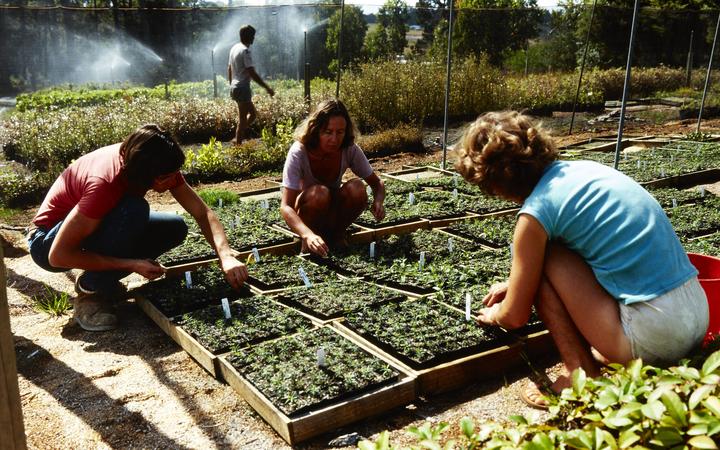 Polyamory has been around for a long time but is now trending, with podcasts and books like The Ethical Slut or More Than Two showing the way. It's featured in series like Easy, You Me Her, Wanderlust or Sense8 and film classics like Vicki Cristina Barcelona and Jules and Jim.

Queer and woke communities advocate for social acceptance and better legal frameworks for a love style that has also had an uptake with celebrities.

It's not just a male preference: Jada Pinkett Smith, her daughter Willow, Tilda Swinton and Aotearoa-based Amanda Palmer have mentioned their open relationships, followed by a growing list of recent influencers who even have a Wikipedia page.

Two weeks ago, after Taika Waititi was photographed kissing two women, the Twittersphere speculated whether the director is "poly". (In New Zealand, the politically correct term is "polyam" to not confuse it with Polynesian.)

But most of us born in the last century don't have any positive role models for ethical and functioning non-monogamy in our lives.

Unlike homosexuality, polyamory is not normalised yet in the Western World.

Now that Centrepoint has hit our airwaves and entered the public discourse again, it's therefore important to understand what this set-up really was: not a polyamorous community, but a destructive cult built around a philosophy of sexual gratification at all costs. 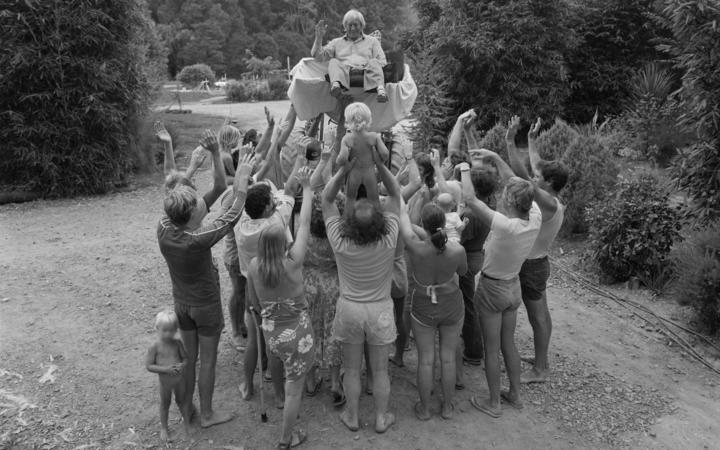 Blinded by the charisma of self-appointed therapist Bert Potter, everyone who moved to Centrepoint was pressured to engage with others. Some were even given the task by the guru to sleep with a different person each day. Most couples broke up. Promiscuity was not a choice, it was a dogma. 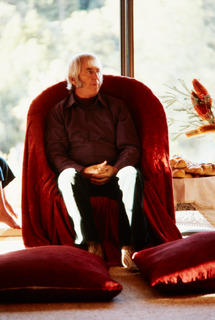 Although many members initially thrived in an environment that helped them leave decades of sexual repression behind, conforming to a new norm led to criminal consequences, including incest and child abuse.

Teenage "commune concubines" had a higher social standing in the brutal social hierarchy.

Instead of respecting individual needs and values, group-think dominated.

There wasn't much freedom in this "free love community", but plenty of coercion, manipulation, and brainwash.

"There was a blurring of the concepts of love and sex, and there were often cases where sex was a kind of commodity to be traded, or capacity to be demonstrated for approval of others - a way to show their commitment to the 'open loving' mantra that Bert promoted," Auckland psychotherapist Beth St Claire who works with Centrepoint survivors and their families wrote in a Facebook group last week.

Although in her view the therapeutic processes offered by Potter were life changing for many, sex was also used as a form of control and punishment. "So for those caught in some of the power dynamics there, it was not 'free' love at all, but actually something that cost them a great deal." 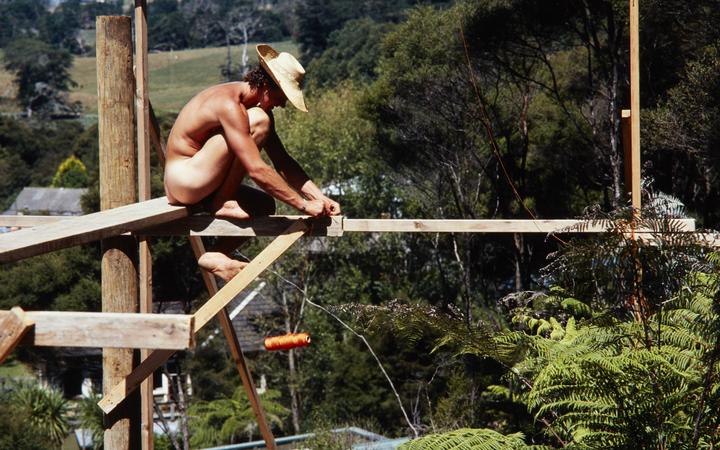 The patriarchal power structure of our homegrown disaster of a sex cult is completely at odds with the consent part of CNM. Consent can only be freely given between equal partners, not under undue influence. Although Potter and his followers constantly preached "loving", what they practised was neither caring nor kind. It's the opposite of what polyamory stands for.

Like many monogamous relationships, polyamorous relationships aren't easy and not always perfect. But ideally, they respect everyone's needs and boundaries. Negotiating agreements is crucial.

A trope about polyamorous lovers is that they spend more time communicating and processing than actually in bed together. Which again is not what happened at Centrepoint.

There is also a common misconception when it comes to children. No other country has as many intentional communities as New Zealand.

Some have been around longer than Centrepoint ever existed, like Tui near Takaka or Riverside in Motueka. They never had police raids and are still shining examples of shared eco-living - without any scandals or abusive dynamics, but with polyamorous members in the mix who are no different from their "mono" whānau. 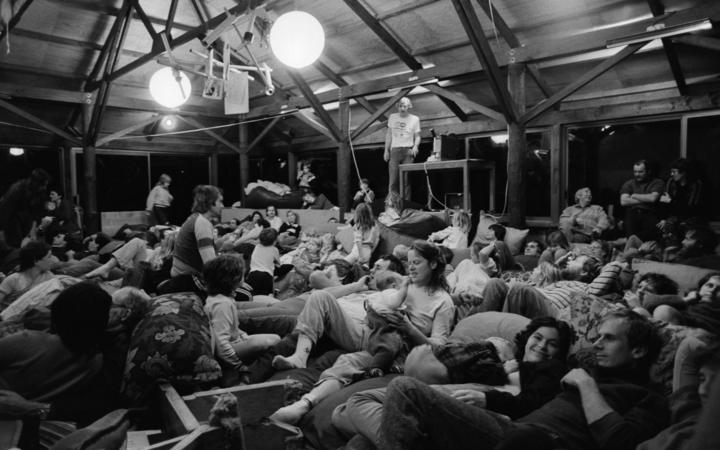 Dr Elisabeth Sheff is the foremost academic expert on polyamorous families with children worldwide and the author of books like The Polyamorist Next Door.

The findings from 25 years of her Longitudinal Polyamorous Family Study show that children in these families do as well overall as those with monogamous parents. They appeared to be thriving "with the plentiful resources and adult attention their families provided".

According to Dr Sheff, a triad formed by a woman with two men is far more common than men with multiple female partners.

Sena Ritchie, an early childhood teacher who runs monthly polyamory meet-ups in Wellington, lives with her daughter and her three partners under one roof and said it was great for her two-year-old.

Ritchie's knowledge about Centrepoint only extended to "some New Zealand hippie cult" until recently.

"It never occurred to me that what happened there might actually reflect in any way on the way I live", she says.

Just like monogamous folk are not responsible for the bad things that strictly monogamous people do in cults like Gloriavale, people like her should not have to defend themselves because of Centrepoint.

* Anke Richter was a research consultant for Heaven and Hell: The Centrepoint Story docudrama. She is a book author, columnist and correspondent for German media, based in Christchurch, who has written about international and New Zealand cults for North & South, The Spinoff, New Zealand Geographic, Sunday, Herald on Sunday and Canvas.