Opinion - In the reality TV show The Bachelor a group of women compete to "win" the bachelor - a single guy looking for his one true love. Throughout the series, the contestants get to continue if they are awarded a rose. The art is to get enough roses and stay in the game long enough for the bachelor to notice you and give you an engagement ring. 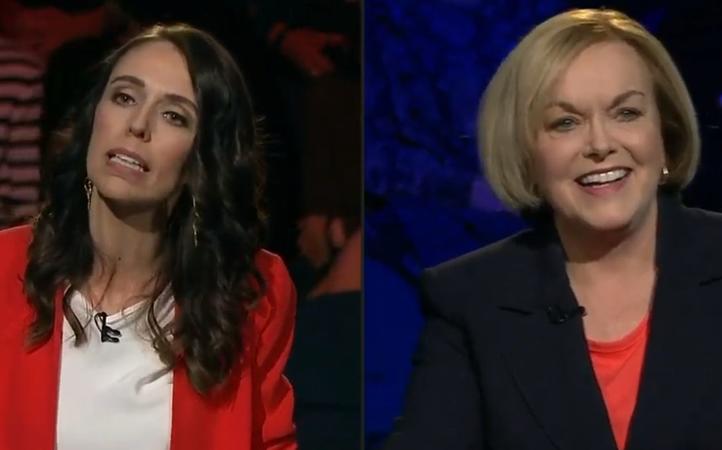 Leaders' contests largely follow the same format. To stay in the game of a pathway to victory, you need to make sure on this episode, at this leadership debate, you have done enough to get a rose from the voting public.

Thankfully in the Newshub leadership debate between Jacinda Ardern and Judith Collins, they aren't competing to win a man's affection. Rather they were competing to win the right to govern.

The rules are murky on how you get to stay but the most important - don't stuff it up. Neither leader last night said anything spectacularly wrong that will come back to haunt them. They didn't reveal something they didn't want to or say anything embarrassing. They did of course both say things they will spend the next media cycle talking about.

For Ardern, this is likely to be her saying that giving $11.7m to the Taranaki private Green School was the right thing to do. A division with her spokespeople for finance and education, who both said they would not have done it.

For Collins, it is more likely to be on some of the language she used. Calling Ardern "dear" and reminding her of her "manners" will be seen by some as patronising. But for others, it will demonstrate Collins' personality. The Crusher on display.

Showing grit and personality is key to keeping yourself in the show. Unlike the TVNZ leaders' debate, this time Ardern didn't shy away from interrupting Collins if she felt like she needed to be held to account. And both leaders interjected with humour.

Any reality show watcher will know a key to success is building alliances. In The Bachelor, contestants do it to demonstrate they are good people and have respect for others. Leaders do it for the same reason.

Ardern tried to build a bridge for action on child abuse; then four-year parliamentary terms. Collins agreed with the decision to provide free sanitary products in schools. Part of 'winning' is demonstrating you have the judgement to know when you need to create difference and when to show unity.

Voters don't like those who are just there for the game. In The Bachelor, the audience need to believe they are there for love. In politics, leaders need to show they will act in the nation's best interests.

As the series of The Bachelor have rolled out, the contestants have gotten increasingly aggressive in getting time with the bachelor. Some contestants try to grab the bachelor's arm and drag him away from conversations. Ardern's repetition of 'if I may' to start her answers was a verbal tool to achieve the same thing. By trying to give herself breathing space from the barrage of questions and comments, she sought to divert attention to what she wanted to focus on.

Ultimately in The Bachelor and the leadership race you have to stick to your strengths. Ardern was burnt in the last debate by her vague comment on farmers. She was clearly looking for her own social media grab this time by trying to corner Collins on the wage subsidy. This just didn't work for her.

However, Ardern had the upper hand with the debate opening on a hypothetical response to a Covid-19 outbreak. Collins put forward National's plan but Ardern could refer to direct experience of a similar situation and therefore could get more into the detail. This played directly to her strengths.

So, who would get a rose? They both would. Collins and Ardern were strong performers and will get admiration from their respective camps. And ultimately, we can be grateful neither of the leaders will have to enter into an 'engagement' with Winston Peters.