Opinion - It started with a light breakfast of scrambled eggs, streaky bacon and sausage, accompanied by a healthy serving of smashed avocado and sauerkraut on toast. 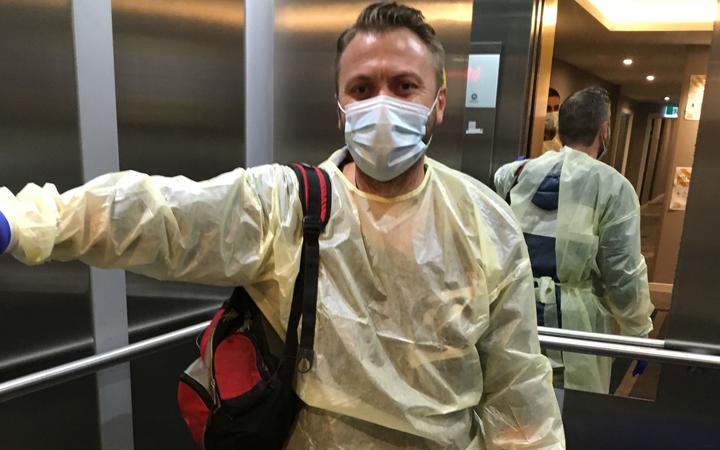 Shaun Bamber in full PPE during his stint in both managed isolation and quarantine. Photo: Supplied

Lunch was parmesan and parsley-crusted salmon served with peas, roast potatoes and lashings of butter sauce.

Finally, dinner was a simple affair - basil pesto chicken thigh, bacon hash and red beans, grilled potato on the side. Oh, and almond frangipane topped with berry compote for dessert. Or a cheeseboard if you prefer.

I haven't even mentioned what they served us up for morning and afternoon teas yet.

Let me tell you, with absolutely no exaggeration, that I have never eaten better in my entire life than I did for the first four days I was stuck in mandatory isolation at Auckland's The Sebel hotel in Manukau.

And I didn't pay a single penny. That said, with National having already announced a firm policy on charging returning New Zealanders $3000 towards the cost of their stay in managed isolation or quarantine, and both Labour and New Zealand First also supporting some kind of charge, it appears likely that in future Kiwis are going to have to start paying for all of the above (and then some) when they return home.

But whether or not you agree with this idea, it seems clear to me that the government could - and should - already be looking at ways to lower the price tag of a scheme that RNZ reported had cost $80 million by the end of June, with $298m appropriated for the rest of 2020.

I don't need ham and cheese croissants with waffles and syrup for breakfast, pulled pork ciabatta for lunch or lamb shank with parsnip mash for dinner. Not many of us do.

For starters - much as I adore this beloved and well-respected Kiwi institution - let's knock off the Whittaker's king-size.

I was getting a 250g block each day at The Sebel, either for morning or afternoon tea. And for those of you unfamiliar with hotel minibar prices, you can bet they weren't billing it out to the government for the extra low Pak'nSave special price of $4.50. 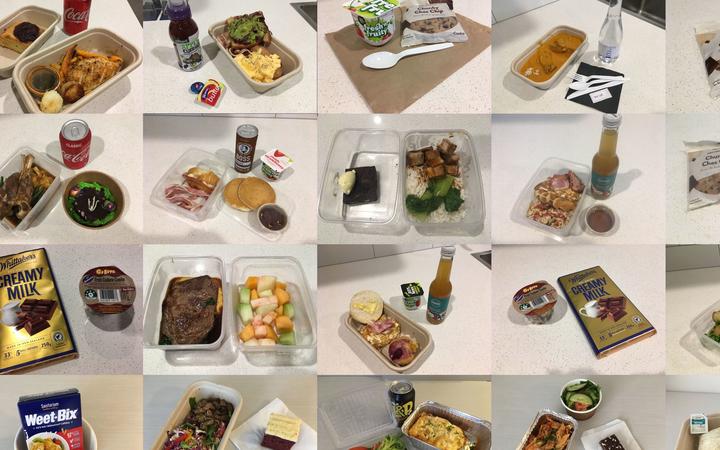 Just on chocolate. Although of course I dare say not every single person in quarantine is getting the same daily ration of Whittaker's creamy milk that I and my 200 other hotelmates at The Sebel did. And therein lies the rub.

Running through the regularly scheduled health checklist on day three, I admitted to the nurse that I had a mild sore throat. Next day, sore throat persisting, I was whisked away from the low-level managed isolation of The Sebel to the high-security quarantine of Jet Park Hotel in Mangere.

Dinner was a cheeseburger and fries, with one of those little two-biscuit boxes of Weet-Bix chucked in the bag so I could prepare my own breakfast the following morning - although I didn't actually get any milk until lunchtime, when it arrived with a Thai beef salad, nothing special. Dinner that night was a pretty basic but reasonably tasty chicken lasagne. 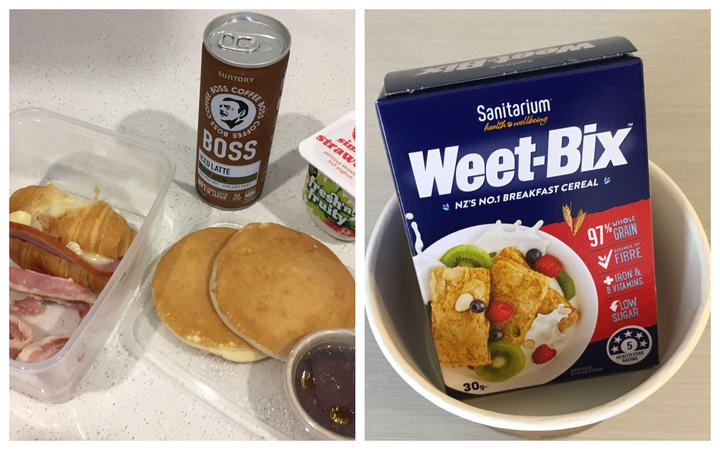 We all know which one we'd rather eat, but what is the cost difference between these two breakfasts, Shaun Bamber writes. Photo: Supplied / Shaun Bamber

At a guess I'd say the cost to government for a day's worth of meals at Jet Park would have been barely more than half that of a day's meals at The Sebel.

Was I disappointed after four days spent riding the gourmet gravy train? Yes. Was I going hungry or missing out on vital nutritional needs? No.

At The Sebel, then my only experience of quarantine, I had wondered if perhaps the ongoing culinary extravagance was part of a calculated government plan to help keep my mind off the uncommon mental strain of two weeks spent in isolation.

After all, as I'm sure the more than half a million New Zealanders living in poverty can attest, the occasional luxury of a full belly can make all the difference when dealing with life's many stresses.

But 10 days of cornflakes and chicken wraps, salad and spag bol at Jet Park didn't cause me any harm.

It also got me wondering just how much extra some hotels - many already having benefited from higher than usual occupancy levels - might be creaming off the nation's coffers by serving up $2000 worth of chocolate a day to their government-mandated guests.

Can we really start charging individual New Zealanders $3000 a pop to return to their homeland when it should already be possible to cut literally millions of dollars of fat out of the system?

How's that for food for thought?