Four teenagers who fled from a managed isolation facility in Hamilton last night with their mother had returned to the country to attend their father's funeral, but had been initially denied permission to go.

Minister Megan Woods and Air Commodore Darryn Webb have held a media conference to discuss the events surrounding the escape.

will appear in court today. The 12-year-old has not been charged.

The group escaped by climbing over a wall at the Distinction Hotel in Te Rapa, which is the same facility that a man fled from two weeks ago.

Webb said the family arrived into New Zealand from Brisbane on 21 July, with the funeral of the children's father due to take place today.

"Upon arrival they requested an exemption to spend time with a family member and a recently deceased close relative, and attend the funeral. This request was declined as the health risk was deemed too high at that point in time, noting they had not yet conducted a day 3 test.

"A further request was made yesterday to view the body ahead of the funeral, and a detailed plan was being considered to enable this to happen. This involved extensive work, discussion with iwi, Māori wardens, police, and the funeral home itself." 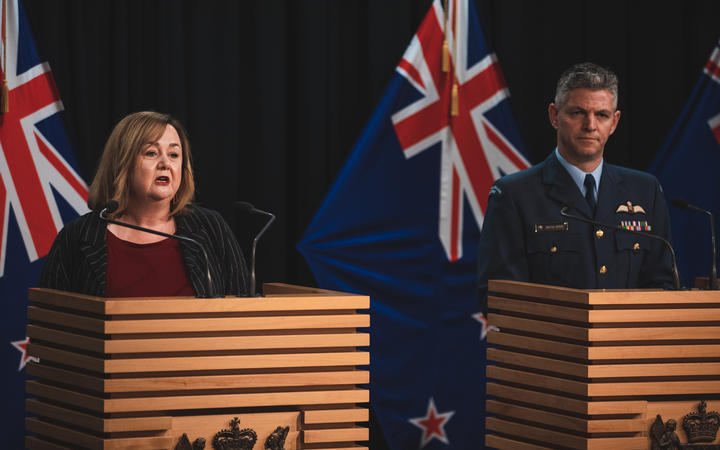 Webb said the family tested negative for Covid-19 after the results from their first test came back mid to late afternoon yesterday.

"At 6.15pm last night the family were contacted by my team and were advised we were actively considering their application, and doing everything we could to support it. They were made aware that the application process was looking positive, and that they would be given a decision by 8pm last night."

Woods said it appeared that a window was forced open, broken off at security latches, and then a six-foot fence was climbed.

"There is a single point of entry with guards on it, it's very clear that you are not meant to leave this [facility], we absolutely understand that coming home in a time of grief is an incredibly difficult situation for anyone to be in, but New Zealanders all over the country through level 4 had to deal with similar circumstances where they couldn't gather to grieve, where they couldn't see dying loved ones.

"This was a sacrifice we all made to protect each other. We're asking that those returning New Zealanders also have that patience while we work through robust proccessess.. so we can protect New Zealanders and the gains that we've made."

At 6.58pm, a police officer saw them climbing over the perimiter fence. The officer and a NZDF member chased after them.

The woman and three of the children were found at a nearby park and detained just before 8pm last night, while a 17-year-old was found at a house in Waitemata - after making his way to Auckland - early this morning.

Webb said the four who were found in the park appeared to have been there for the majority of the time until they were found and apprehended by the police.

He said it would be up to police if anybody who helped the 17-year-old get to Auckland would be charged.

Speaking about security at the facilities, Webb said there had been "ongoing improvements to all aspects", including the onsite presence of police, additional security staff, and additional further fencing.

"In addition to that we've increased the information passed to arrivals, in terms of verbal briefs and written documentation to make it crystal clear of their obligations.

"These facilities are not prisons, and nor should they be - this was a premeditated and planned attempt to break the law and leave this facility."

Woods said the exemption process was an "incredibly swift and complicated decision making process, that was put in place to have empathy for the family and what they were going through, but putting in place the protections that were required for New Zealanders".

Hamilton mayor Paula Southgate has sought assurance from the government that the Distinction Hotel is safe as a managed isolation facility after the second escape incident.

"I have sought assurances from the minister and the chief of security that the provisions at the Distinction Hotel are as firm as they can be to avoid people absconding.

"They have given me assurances that they have looked into all matters, and that the facility is operating really well and is very safe."

Woods said there did need to be some personal responsibility from these returning New Zealanders, citizens and residents who are coming back to join the team of 5 million

"And that's to keep their fellow New Zealanders safe, and protect the gains we've made. We enjoy the most liberty, socially and economically in the world - we're asking New Zealanders who are returning to rejoin that team.

"We've had over 30,000 through our facilities through this time, we have had a very small number of people who have chosen to not do the right thing, and the rapid response and follow up contact tracing done to date demonstrates that the risks have been low."

She said a range of technologies are being considered to deal with isolation issues, but something like ankle bracelets would not have made a difference last night.

"We had an NZDF personel who followed this family and kept eyes on, until they could be brought back. We knew that someone had got in a car was travelling to Auckland, because monitoring was happening and we were able to follow that up through our police. So that [ankle bracelets] wouldn't have given us any more information than we had." 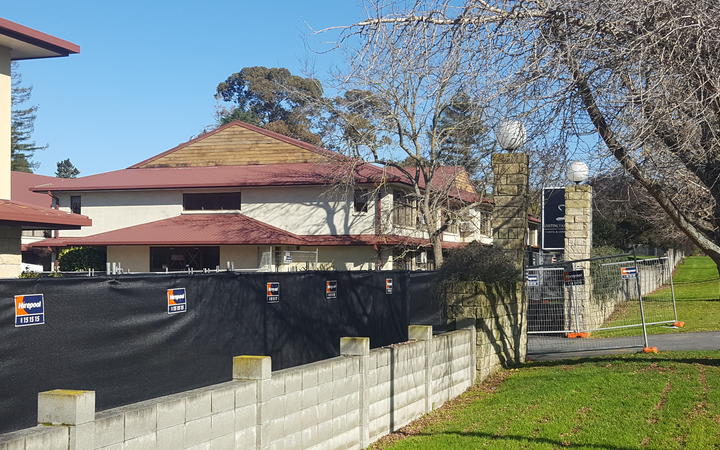 The National Party said the Hamilton absconders should pay for the extra costs incurred over their escape.

Police said they had committed considerable resource, including the Eagle helicopter for the search.

National's spokesperson for the Covid-19 border response, Gerry Brownlee, said the escape showed the government had failed to secure the border.

He said the absconders had cost police and quarantine officials' hours and helicopter hours, which they should pay for.