The National Party's current difficulties can be summed up in one word: culture. 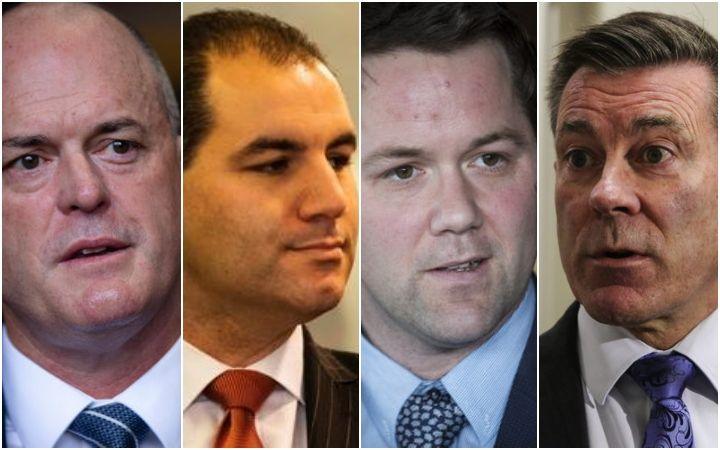 National has never renounced Dirty Politics and, until it does, it will not be able to draw a line under the past and move to a more constructive future.

Key never publicly disowned those tactics or their practitioners, and neither did subsequent National leaders Bill English and Simon Bridges. National has continued to run attack advertisements, including graphs drawn to different scales, misleadingly-presented figures, and suggestions that Labour and Green Party policies are one and the same.

Current leader Todd Muller said when he assumed the helm of the party that he was not "interested in opposition for opposition's sake. We're all tired of that kind of politics." Those were laudable words, but in the six weeks since then, Muller has rapidly reverted to Bridges' barking-at-every-passing-car criticism of the government.

He has also relentlessly criticised the government's pandemic response as "shambolic." Both of those actions have stoked fear among New Zealanders, who were already incredibly stressed by the events of 2020.

That is bad enough - and not what the country requires at present - but the party's cultural problem is worse. Only five days after Muller became leader, it was reported that National had set up an intelligence unit to dig up dirt on its political opponents in the run-up to the 2020 election.

Subsequently, National's Health spokesperson Michael Woodhouse claimed that a homeless man had spent two weeks in a government-run isolation facility. Hundreds of thousands of dollars were spent on seeking to track down the man so that gaps in the system could be plugged, only for Woodhouse to ridicule the government for taking his claim seriously.

National's Clutha-Southland MP Hamish Walker earlier this month issued a press release claiming that up to 11,000 people returning to New Zealand from "India, Pakistan and Korea" could be quarantined in the lower South Island.

After an outcry over his racist language, Walker followed up by leaking the details of New Zealand's current Covid-19 patients to the media.

Outgoing Labour MP Clare Curran gave a valedictory media interview in which she disclosed her distress over a National debating trophy toilet seat with her picture emblazoned on it. Former National MP Jami-Lee Ross then revealed details of National's 8am strategy meetings at which MPs would discuss how to target and pressure Curran.

Muller is today moving against Walker. Good. He needed to.

But there is much more for National to do.

What is the party's purpose? Under Key, National's role was simply to be in government. Key had no higher aspiration than that.

Muller has said that what drives him is community.

"I believe in enterprise, reward for hard work, personal responsibility, and in the power of strong families and communities."

Muller's attempts to set out his vision are accompanied by pictures of an adoring wife and home baking.

But those images are at jarring dissonance with the strategies which some National MPs and party supporters clearly believe are still acceptable to National.

Current Deputy Leader Nikki Kaye says the party has a "moral obligation" to win the election. Listening to those words, it is difficult to avoid hearing an underlying subtext of "the ends justify the means."

Combined with Muller's silence over the hounding of Curran and Woodhouse's destructive scaremongering over the border, it is not surprising that National's supporters are confused over what it stands for.

Muller should think back to Labour's time in opposition and its spectacular lack of success in targeting and digging up dirt on Key - including then-party president Mike Williams' trip to Australia to hunt for negative material. The party should learn from Labour's flawed strategy, rather than repeating it.

The prime minister has made kindness her mantra. Imagine what this country could achieve if both major parties aspired to kindness.

Muller has the opportunity to do that. It is over to him.

*Cat MacLennan is a journalist, lawyer and researcher.