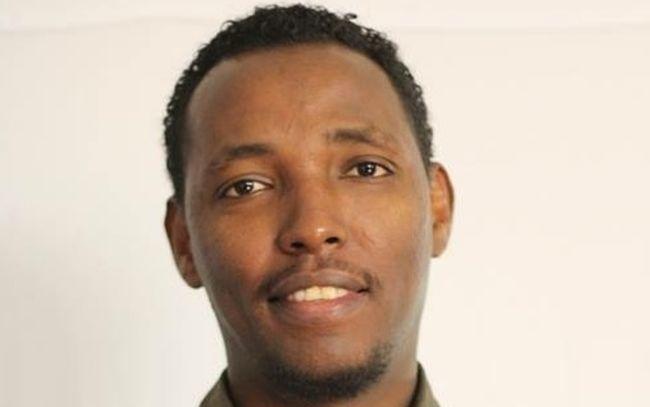 Today, 20 June, is a day designated to people who are displaced from their homes due to war, persecution and oppression. It's also the day I was resettled in my final destination, Wellington - my day.

The day of my arrival is not the start of a happy-ever-after story. It's just a bridge between a different life and experience; different pain and joys; different hopes and hopelessness.

When I was born, my parents called me Merhawi - 'the problem solver', the redeemer from dark times in my country, Eritrea. Civil war had been going for years between two political factions who fought for the same reason, which was driving out the Ethiopian regime from our country. I can see why my father, who was part of one of the factions, named me Merhawi, and my mother agreed to give up the name she had picked for me. Indeed, there was a need for a problem-solving redeemer.

The faction that my father was part of was defeated and got pushed out of the country, ending up in Sudan. About two years later, my mother and I had to flee Eritrea to join my father. I was raised in the eastern part of Sudan in a refugee camp called Wadi Sherifey. As a child I enjoyed living surrounded by different tribes, languages and cultures, which has shaped me to who I am today.

In 1991, Eritrea was liberated. Two months later, with the help of the United Nations High Commissioner for Refugees (UNHCR), we went back to Eritrea to be with my father again. Although our lives as refugees seemed to be left behind, our lives had not changed much. We had to move from one town to another, from one city to another, because my father was being assigned to work in different places within the country. Despite these difficulties, in our own country, we had a sense of pride and the whole family was together.

After a few years of being settled down in a town called Mendefera, we lost my father. Everything fell apart. We didn't have financial security and there was no help available from the government, although my father was a veteran who served the country. My mother worried that if I stayed in the country, it would not be good for myself or my family. By this time, I was 17, and could have been conscripted at any time. My mother feared I might die in the war, even if I survived the days in the training camps. No one knows a person more than a mother, and mine knew me well. I was rebellious and people like me did not last long in the country.

So, I left my beloved country to go to Sudan, this time alone, on Valentine's Day in 2000. This time, not on my mother's back but on my own feet. I was almost caught by vicious Eritrean border patrols, but I managed to get to Sudan.

There, I started a journey of becoming a refugee again. Everything was hard. Every sunrise felt hotter, and every night longer. Every thorn hurt more, and any nice place to rest my head was no longer of comfort.

Nevertheless, I survived. I worked as a joiner, as a teacher and finally as a radio journalist, hoping to end the reign of the regime who had turned on its own people. I just wanted to help prevent others from becoming refugees. Threats on my life and those of my colleagues strengthened my resolve, but we were not as powerful as the same government who caused our displacement in the first place. Our radio station was shut down.

I ended up in New Zealand on the ninth anniversary of my father's death, 15 May, and about a year after my mother passed away. I stayed in the Māngere Refugee Resettlement Centre for almost five weeks and got to Wellington on 20 June - my day.

Thanks to UNHCR and New Zealand, I am in this peaceful and beautiful country.

The suffering of former refugees does not stop because you are in a new, safe place. While we are so grateful for security and the opportunity for a better life, for many of us, our hearts are in our homelands, and with our family members who are still there. It's very painful not knowing if you will ever be able to go back there, because the same reasons you fled the country all those years ago still remain.

I celebrate 20 June, World Refugee Day, not because I am a former refugee, nor because I started a new life on that day, but because it reminds me that the oppression and persecution around the globe must end - because there are tens of millions of refugees around the world today that I am indebted to help, because New Zealand helped me.