Power Play - Politics is a tribal business at the best of times but that's intensified with the war-time rhetoric, as the country settles in for one more week of lockdown. 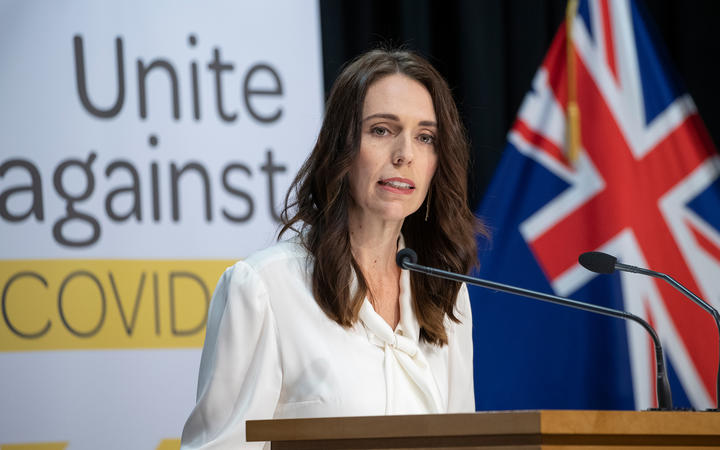 "Reflect on the amazing sacrifices of our forebears," urged Prime Minister Jacinda Ardern, and how they came together in difficult circumstances to "forge who we are today".

"It was a very, very different battle than the one we are in now, but the character of who we are as a country remains exactly the same."

The success of this country's fight against Covid-19 rests on competent government but even more importantly buy-in from the public.

New Zealanders have put their trust in Ardern and are doing - on the whole - what's been asked of them, after she's fronted a complex and fraught situation with few missteps; engendering an almost reverence among some.

The adage 'patriotism trumps politics' can be seen no more clearly (and literally) than in the United States. President Trump is using the twin call of patriotism and personal liberty to challenge 'stay at home' edicts from state governors provoking extraordinary scenes of protesters cheek to jowl in these days of social distancing, challenging the orders for many businesses to shut down.

No such dramatics here, but similar sentiments with an upswell of distraught small business owners in particular feeling they've become the "sacrificial lamb". The extra week of lockdown, some say, will be the end of them.

As the Opposition leader and chair of Parliament's Epidemic Committee, National Party's Simon Bridges has been their voice. Unfortunately for him, the current climate means many New Zealanders don't want to hear direct criticism of the government as it offends that sense of patriotism.

He hit the wrong note in the early days of the Covid-19 crisis with a combative approach even many of his own MPs saw as tone deaf. Bridges has been at his best leading the committee, providing the de facto scrutiny of the debating chamber while Parliament is adjourned.

Shortly after the announcement of the extra week before moving to level 3, Bridges abandoned his constructive pose of recent weeks and accused the government of failing to do the groundwork on testing, contract tracing and making PPE properly available, forcing an extended and damaging lockdown.

Valid points, and ones National has persistently pursued in past weeks, but if the backlash on his own Facebook page was anything to go by, he misjudged the tone. He had risked becoming irrelevant as the government machine drove the response - Bridges has played a valuable role but his natural instinct to go on the attack has done him few favours once again.

Doing Ardern few favours were her Small Business and Employment Ministers Stuart Nash and Willie Jackson respectively during their appearance at the Epidemic Response Committee. Nash was asked repeatedly what analysis ministers considered about the impact the extra week would have on small business, or the economy more widely; he repeatedly failed to give a cogent answer, falling back on the rhetoric of 'go hard, go early'. Jackson too could not shine any light on what it would mean for unemployment which begs the question - what specific advice, if any, did Cabinet rely on?

The same questions were put to Minister of Finance Grant Robertson, who in a much more assured performance, attempted some response by harking back to the Treasury scenarios released last week. Even he would admit though, they are so broad and high level in themselves they would provide little insight into how much more economic damage would be wrought in specific sectors.

All ministers made the point it was too early to get a full picture of the impact of the lockdown while saying more help is on the way, but for scores of New Zealand businesses, that will be too late.