The vulnerable health of an urbanised Māori and Pasifika population was among reasons for extending the country's alert level 4 lockdown, the prime minister says. 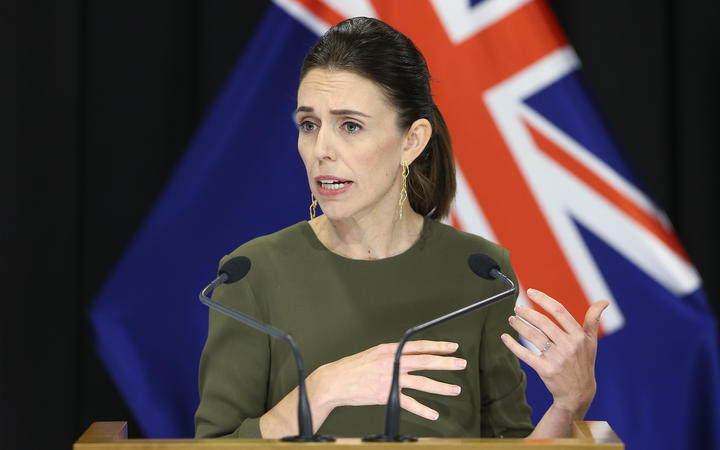 Prime Minister Jacinda Ardern says extending the lockdown is a chance to "gold-plate" some of the country's services for handling the pandemic. Photo: Pool / Getty Images

She told Morning Report another key factor was the modelling that showed the longer the country stayed in lockdown the more likely it was to gain the best chances of success.

"But that has to be traded against the huge economic impact and the toll on livelihoods. So for us it was about finding balance in that decision.

"It gives us the best chance of not going back to level 4 and lockdown because that takes a toll but also means we bank and lock in the gains we've made."

Ardern said any public health official would say there are devastating health inequalities in New Zealand, affecting Māori and Pasifika with co-morbidities among parts of the population which would have been heavily impacted by Covid-19.

She said the Cabinet had a responsibility to keep this in mind when making its decision.

"That is an urbanised population as well, often in densely populated areas. If Covid took off here it could have devastated us."

"One of the good things about our testing and wide testing is that we've got good rates of testing among Māori and Pacific, which we're really pleased to see, and low positivity rates, and we'll keep targeting those particular groups to make sure we're not missing anything there, because we don't want to see outbreaks in Māori and Pacific communities."

There is a capacity to scale up contact tracing and the current system is not the reason the lockdown was extended, she said.

The results of an audit by infectious diseases expert Dr Ayesha Verrall, released yesterday, found the system had major weaknesses.

Asked if the contact tracing system is ready to handle that many cases, the prime minister said there is now capacity to make 10,000 calls a day from within the national close contact service that the government set up last month.

The system still needed to have a localised element (run by the 12 local public health units) so that those people could deal with the organisations, families and other contacts within their communities.

While the public health units have dealt with measles, TB and rheumatic fever in the past they had faced "nothing of this scale", Ardern said.

It is a 1-in-100 year global pandemic, requiring a system that is a combination of local knowledge and national support.

"What we want to be able to do is in the long run knit together the service much, much more closely so the local people know exactly what is being done nationally on their behalf and have a good end-to-end service."

An extra $55 million has been announced so that another 300 fulltime staff can be employed. All of the Verrall report findings are being implemented, Ardern said.

"This is a week where we'll continue to do things that will gold-plate some of our services and the work that we're doing. I put testing in that category as do I [put] contact tracing ... but it was not the primary decider in our decision."

When asked about Australia being able to achieve similar Covid-19 results without being in a similar alert level 4 lockdown, Ardern said a huge number of New Zealanders were returning home in the early days and there was a prevalence of cases connected with travel.

The country was also experiencing household transmission so its infection rate was higher than Australia.

"We were on the cusp of a potentially significant outbreak so we made a very deliberate decision to go hard and early. For our ongoing decision making of course we have an elimination strategy and that's something we are sticking too."

Some of the Australian states are operating at a level that's similar to alert level 3.

Dr Bloomfield said while some businesses may be able to operate in Australia, they were also faced with challenges of other rules in place like social distancing and working from home.

He said New zealand was getting information from other countries, including Australia, on their lockdown exit plans and vice versa.

Australian Prime Minister Scott Morrison gets asked a lot why they're not like New Zealand "so I know this goes both ways", Ardern said. 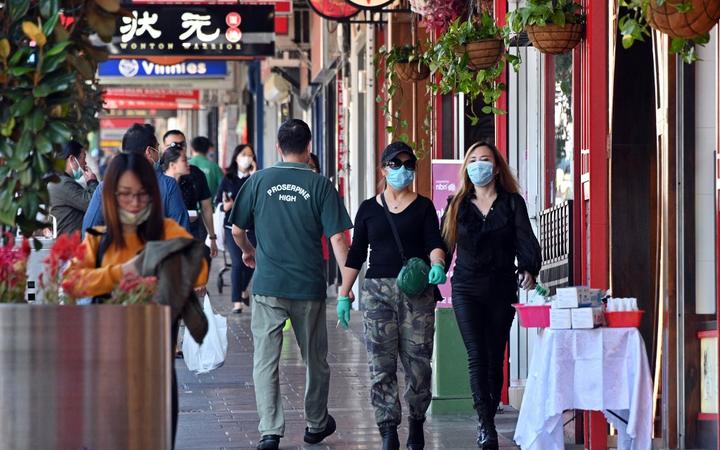 People in a retail area in Burwood, a Sydney suburb. Shops are open and cafes can provide takeaways in NSW. Photo: AFP