First Person - When I arrive at the top of Waitangi Treaty grounds on Monday, the fields and paepae are absent of people except for a few ground staff. 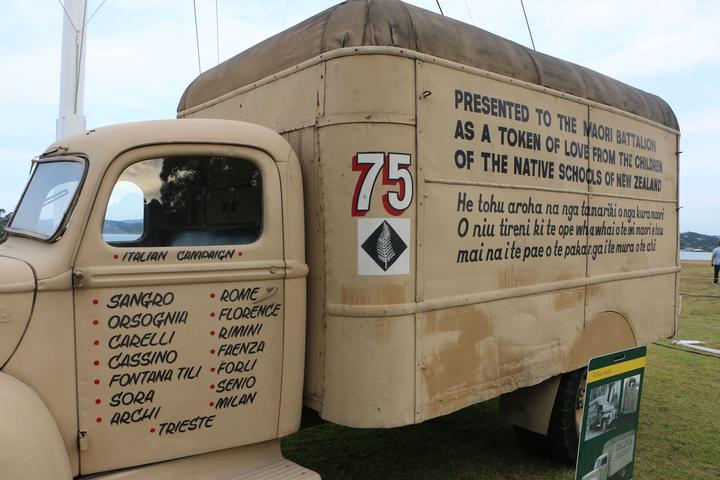 An army truck with writing scrawled on its side is parked directly under the 34-metre Waitangi flagstaff. It's cordoned off, but I jump the rope and take photos before it becomes crowded by people. I snap away - front on, both sides, the inside of the truck, an attempt at a low-angle shot with the flags swaying above it.

My head is in work mode - I'll send the photos of the truck to our online team straight away. It's cool - but I don't quite understand the significance.

The official ceremony for Te Rau Aroha Museum opening on Wednesday morning is beautiful. Hundreds gather to hear the speeches, waiata and haka.

Two things happen for me. 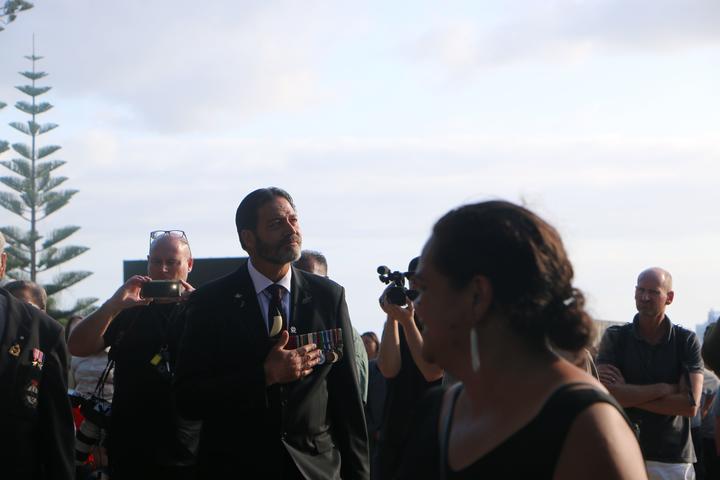 Willie Apiata arrives. He makes his way to the front, and stops to acknowledge the two soldiers, standing staunch with their flag poles. Everything around us stops. Ever so delicately, he touches his badges with his right hand, his eyes lift and glisten. I snap away.

Then, Tayi Tibble shares a poem. It's written from the view of a wife or partner of someone going to war.

It begins like this, "She kisses him goodbye, with her eyes still wet and alight from their last swim in the Awatere river..." and ends, "but when the sun lit the day, and the train started pulling away, with every salute march, and funeral wave farewell, she felt the entire world changing and the lump in her throat swelled like the seas that threaten to take him from her and she had to swallow hard, but she promised that everyday she would be the first to check the mail and that was the only vow she took." 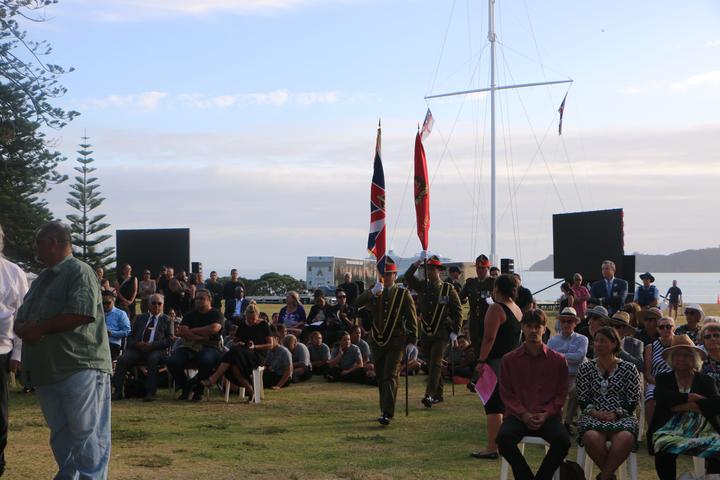 The first thing I see is a tribute to the well-known kaumātua and Waitangi stalwart Pita Paraone. I keep walking.

There are faces and numbers plastered everywhere on the walls throughout the museum. I am no longer taking photos. My camera is away, I'm soaking it all in. 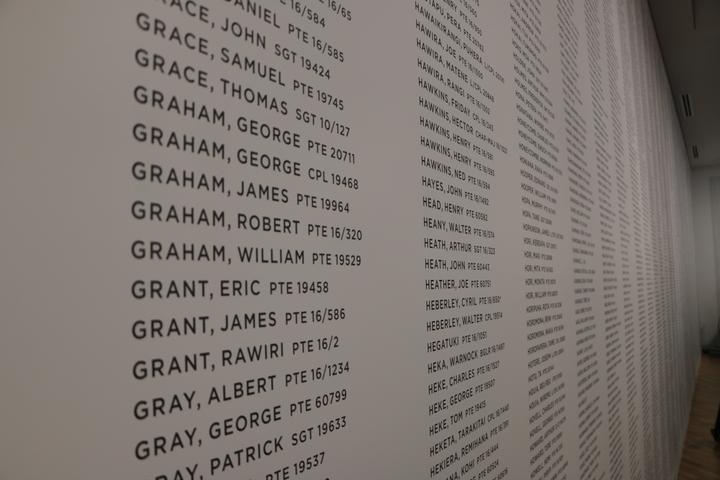 On a back wall, I see the truck, the same one outside on the field.

I start reading, and tears stream down my face.

"From late 1941, wherever the Battalion went, there went its mobile canteen Te Rau Aroha, with YMCA worker 'Charlie YM' Bennet dispensing comfort and cheer for the troops.

"Children at Māori schools throughout the country raised money to buy the van as a 'token of love' for their menfolk far from home.

"Te Rau Aroha with its ready store of comforts was always there for the troops. Along with the troops, it traversed deserts and mountains, rivers and roads. It got stuck in the mud and sand, was attacked and shot. It once went into attack. 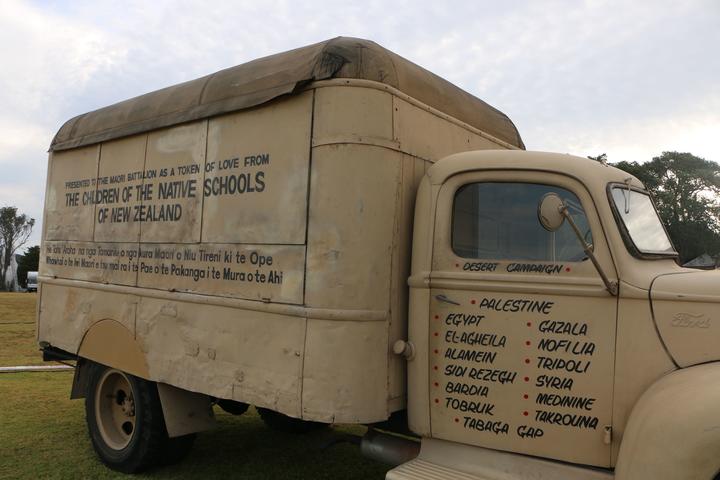 "Charlie YM delivered goodies to the men dug in at the front. He'd have tea and biscuits ready when they came back to camp. Charlie YM and his van were beloved and fiercely protected.

"At the war's end, Te Rau Aroha came home with the battalion. It's now on display at the Army Museum in Waiouru."

As I continue to read, the tears continue down my face.

I see the opening of Te Rau Aroha museum as a taonga for te ao Māori and I know that as they step through the doors they will feel what I felt - you can't escape it when your tūpuna on the walls are looking you in the eye. 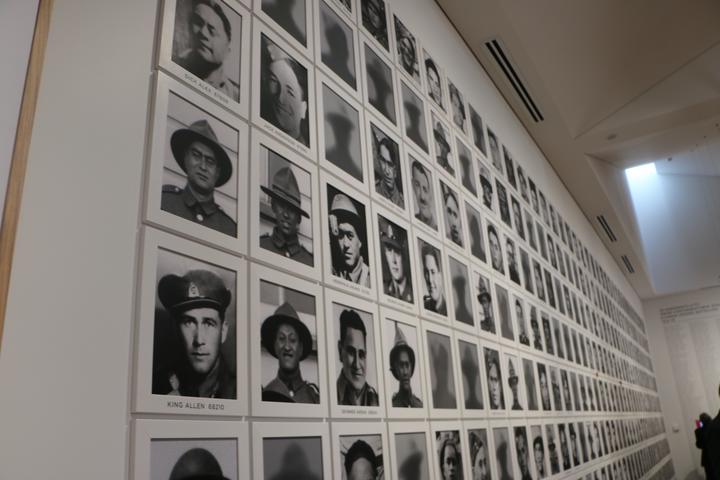 Te Rau Aroha was more than just a supply truck to the soldiers of the Māori Battalion.

I'd like to believe it was a place of whakawhanaungatanga and kotahitanga, helping them feel connected to each other, and a reminder of home.

Wherever we are and whatever we're doing - let's not forget how significant a place of gathering and a cuppa tea and snacks can be for one another.