Prime Minister Jacinda Ardern has taken to the waves at Waitangi in a waka for the first time today.

Ardern is in Waitangi for the official visit ahead of Waitangi Day tomorrow.

The waka she was on, named "whānau moana", had women only on it. There were six other waka out on the water altogether.

She was given a quick briefing beforehand by one of the of kaihoe.

A member of her security detail was also taught by the locals how to row. 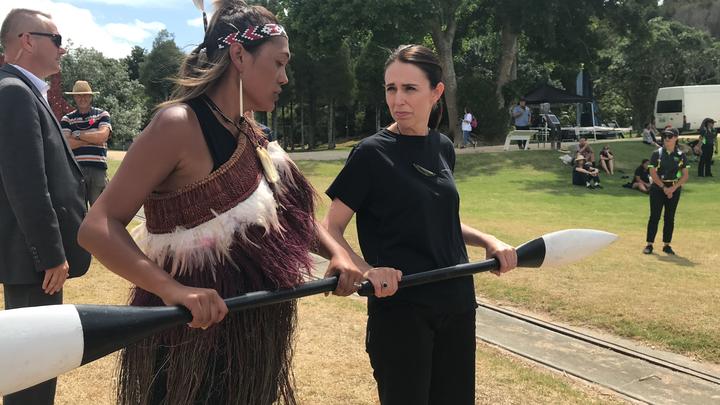 Ardern entered the water where the famous Ngātokimatawhaorua lies, and helped paddle before disembarking at Waitangi Pier.

The prime minister has previously spoken of wanting to paddle waka hourua.