Analysis - Sometimes the metaphors write themselves. They are so apt. So fitting. So unavoidable. In this case, Labour's announcement yesterday that $5 billion of its $12 billion infrastructure package will be spent on roading is one such. Because the building plan is the first step this election year on what Labour hopes will be its road to an election win. A path to victory, built in part on these roads. 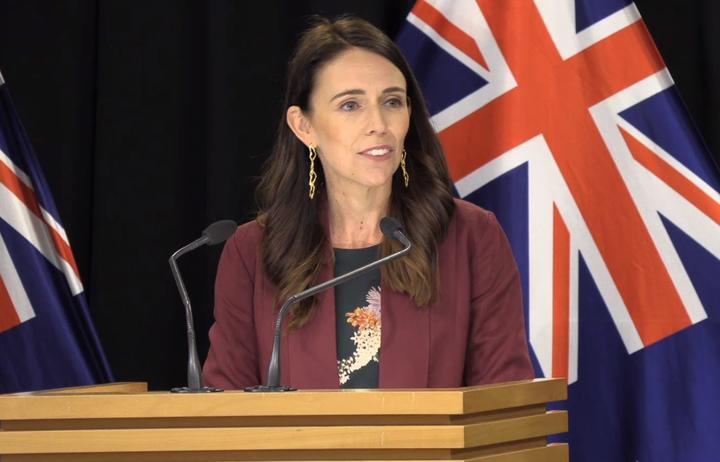 Prime Minister Jacinda Ardern says yesterday's announcement is "the most significant investment in public infrastructure in a generation". Photo: RNZ

While Prime Minister Jacinda Ardern enthusiastically describes yesterday's announcement of the New Zealand Uprgrade Programme as "the most significant investment in public infrastructure in a generation" it's not to see it as the first step on the road of Labour's 2020 election strategy.

For party leaders, much of today was spent arguing over whose ideas these were. National claimed Labour had bagged road building for years and was now simply picking up its plans late in the day. Labour's riposte was that a) the plans for these roads had been "modernised" and "re-scoped" to focus more on safety, public transport and cycling and walking and b) while National had planned some of these roads, they had never got around to funding or building them.

There is truth in both statements. Some were almost shovel ready as few years ago, some were being planned, some only vaguely promised. Labour has had officials re-evaluating some of the most popular long-term road building options for some time, so never closed the door to them. It seems some significant changes have been made and funding has been allocated, rather than merely promised. (It's worth noting too that these projects are being funded by debt, not PPPs (Public Private Partnerships), which means less money being spent paying them of over longer time periods).

Yet Transport and Economic Development Minister Phil Twyford made a name for himself in Opposition, in part by his consistent attacks on roading in general and the 'holiday highway' in particular. In the early days of its term, Labour has been decidedly lukewarm on roading funding. You can see snapshots of this in stories such as this and this. And its base lapped up the anti-road rhetoric, as you can see in pieces such as this.

While it is trying to claim credit, their wording betrays them somewhat, when Ardern talks about the plans being "modernised" and Finance Minister Grant Robertson calls them "re-scoped". That clearly means most of them pre-date this government.

So it's quite a u-turn (more free-hit metaphors!) from this government to suddenly cast itself as the champion of roads and, to be fair, even this announcement is only half as much as Former Prime Minister and National leader Bill English was promising to spend on roads at the 2017 election.

So why the lane change? The reasons, of course, are political.

"Infrastructure is such a wonderful word for this government. Bring together both road and rail, throw in a dash of school and hospital spending and you have something crucial for all three coalition partners. This announcement is a way for them to start the year of election singing in harmony and all declaring themselves winners in key areas. Labour is spending its surplus, growing the economy and creating jobs. New Zealand First is putting money into rail and the regions, which its base loves. And the Greens get to talk about $1.8b on rail that will get trucks off the roads and cut emissions. Win-win-win.

What's more, this delves right into National's wheelhouse. Indeed, right in National's face. Just as TV channels delight in buying billboard space outside a competitor's office, one of the projects is the four lane Tauranga northern link, in National leader Simon Bridge's electorate.

English didn't go big on roads last election for no reason; roads are a daily frustration for most New Zealanders, something that has a practical impact on people's daily lives. So this will not only be popular, it steals key policy territory from National. Adding to that, it answers cries from the top end of town for more investment in productivity and big scale investment. So it silences a potential source of criticism nice and early in the year.

As well as encroaching on National's patch, it allows Labour to draw attention to voters' memories of the previous National government's zero budgets and the legacy on its funding freeze in so many areas of the public sector. Ardern pointedly announced this funding was to fix 'unmet need'… And lo and behold, the Health and Disability Commission released a report that linked a baby's death, in part, to staff and equipment shortages under the previous National government at Hutt Valley DHB.

You can read that as an interestingly aggressive or defensive move at the end of the first term. The Key government in 2012 was still focused on its core ideology. While its thinking was dominated by the Christchurch rebuild, 2012 election year it was talking mostly about getting back into surplus and making minimal spending promises, in line with what its base expected. Labour are acting more like National did in its third term, when it started spending on social welfare.

But reading the press statements you can see the announcement is also key to Labour's message this year; that it has earned the electorate's trust as an economic manager. The government can say this is reward for its prudence. Ignoring the fact that interest rates globally have been below 2 percent for its entire term, they can now say, as Robertson did today, "Our careful management of the government's books by running surpluses and keeping debt under control means we are in a good position to do this now". The truth is they could have done it last year or the year before, but that would have just built roads, not a road to victory.

Finally, the other point to note is that while the coalition can say 'wow, look at us investing in NZ and finally delivering big things', debt levels will remain below the levels National had in its third term. This is still, actually, a conservative funding announcement and allows plenty of room for future promises, both this election year and into the second term it hopes lies at the end of this road.