The government is under fire from environmentalists for too great a focus on roads in the massive infrastructure spend announced yesterday. 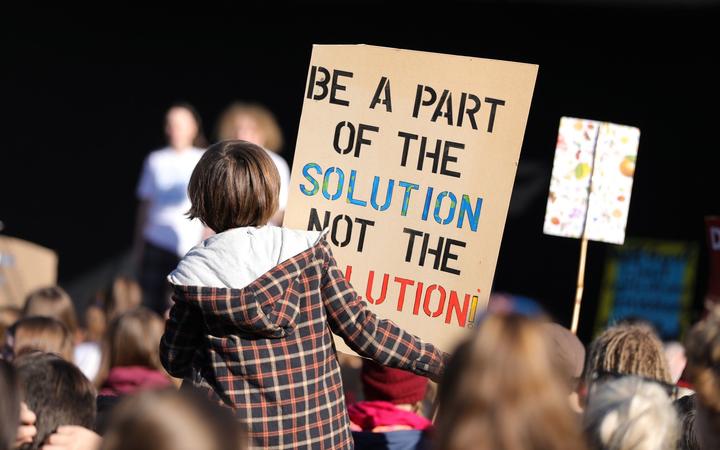 Former Greens MP Sue Bradford says the focus on roads is a blow to the government's environmental credibility.

"This really is a slap in the face for the Greens in terms of priorities and undermines whatever credibility Labour has in terms of the environment as well, in terms of dealing seriously with climate change."

Youth lobby group Generation Zero has lashed out at the government's infrastructure spend, labelling it "disgraceful" and arguing it will accelerate climate change.

Generation Zero spokesperson David Robertson told Morning Report that it was "incredibly disappointing" to see the government going back on its climate change commitments by spending more money on roads.

While investment also includes infrastructure for public transport, Robertson said the extent of the impact that would have was limited.

"At the end of the day, we're still increasing the number of cars on the road, and still worsening potentially safety, and still increasing our greenhouse gases. While some public transport upgrades maybe a silver lining, they're just that, nothing more.

"It's funny how a government can espouse the need for global climate action and then the next minute be complicit in causing that climate change."

The Minister for Climate Change, James Shaw, defended the spend, saying $1.8b was being put towards light rail, cycling and walking infrastructure. 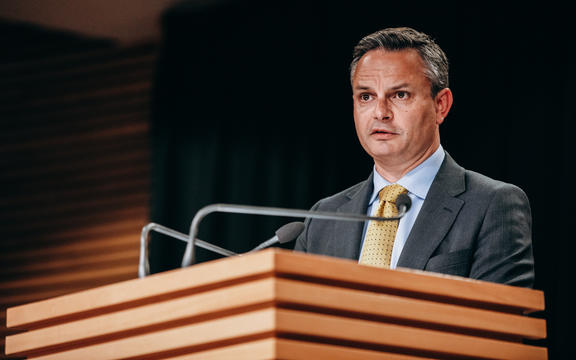 However, Robertson said that was too little in comparison to the rest of the money being spent on private transport.

"New Zealand is set to lose tens of billions of dollars over the next few years to climate change, so $1.8b towards things that might help it versus 70 percent of the budget going towards roads, which will cause climate change, is not good enough."

Minister of Finance Grant Robertson told Morning Report the government had established a range of climate commitments in its term - like the Zero Carbon Bill and investment in rail and cycleways - but investing in roads was still important.

"Alongside [the commitments] is the reality that roads will continue to be a part of our transport system, we need public transport to be able to go on roads, we need the new electric vehicles that are being developed to go on roads."

Addressing the zero carbon 2050 goal and claims of lower emissions in the next election term, he said the government was moving towards that but there was a big workload.

"But we are the first government with a proper plan to address climate change.

"These announcements are about building on that but also making sure we address the congestion issue ... this is a good balanced transport package."

Opposition leader Simon Bridges, on the other hand, is accusing the government of stealing National's Roads of National Significance plan, touted in its 2017 election campaign.

"It's flattering that they've taken over and that we've embarrassed them into doing it but we've lost time, and Labour just - like it hasn't on KiwiBuild - won't deliver on this."

Grant Robertson said the biggest difference in their plan was that it had set money aside for it, and would act quicker. 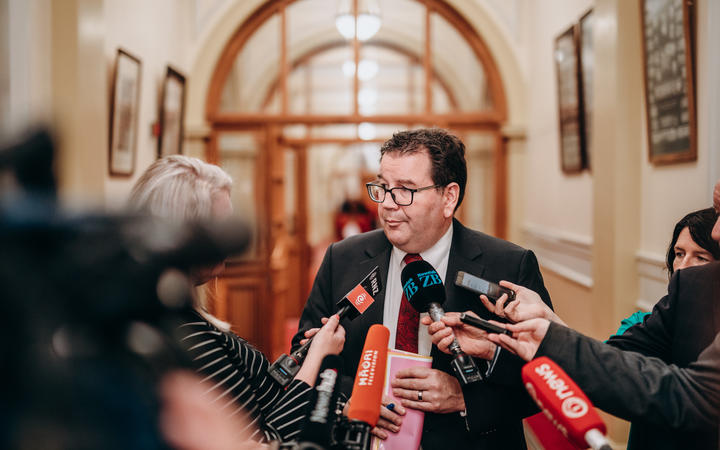 "There was some pre-implementation funding put aside for the Tauranga road but other than that, this was just a wishlist of unfunded promises from National."

"They didn't have a plan for implementing them and they had not put the funding aside for them. That is a big difference today that we are able to stand here and say these projects are fully funded and we're ready go to support their construction."

In addition to funding, he said they had also redeveloped the projects as well as some new ones that weren't there.

"We've gone through those projects and we've changed them in ways that I think New Zealanders would appreciate, that means we can start moving more freight onto rail, we've added rail projects in, we've added walking and cycling options, we've added options in for making sure that heavy vehicles can potentially have their own lanes on some these roads."

However, National again disputed the claim that its plan was mostly unfunded promises.

Spokesperson for finance and infrastructure Paul Goldsmith told Morning Report the Tauranga road and the Whangārei to Port Marsden road were funded. 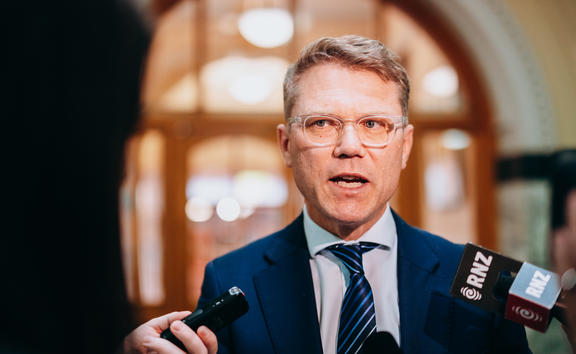 "All the others were working their way through a system where we have about $4 billion a year in the Land National Transport Fund available for these sorts of things."

Goldsmith said the infrastructure announcement was the second "colossal policy failure" from the government after KiwiBuild.

The government's re-scoping of the road programme to add bus, cycle and pedestrian lanes was "just an excuse for not doing anything for two-and-a-half years," he said.

On the other hand, Grant Roberston said they had not acted sooner on the plan because the priority for investment went to towards fixing hospitals and rebuilding schools as well as transport safety.

He said regardless of the timing with the election, New Zealanders would appreciate the changes.

An anti-poverty campaigner says the spend-up prioritises roading projects over the long line of Kiwis waiting for homes and basic income support.

Auckland Action Against Poverty is calling on the government to inject more cash into health clinics in low-income neighbourhoods.

"We've lost a chance in being innovative and committing to ending poverty, and infrastructure is actually key to doing that.

"Most of the projects in this package work very little towards that and health care's actually getting less than 5 percent of the total package."