The National Party is still facing questions over its handling of donations despite the Serious Fraud Office declining to pursue charges against it.

The National Party and its leader Simon Bridges are not facing charges over the donation being prosecuted by the Serious Fraud Office, but questions remain over its actions, law expert Andrew Geddis says. Photo: RNZ /Dom Thomas

The agency yesterday announced it had filed criminal charges against four people following a 10-month inquiry after concerns were raised over a Chinese businessman's donations to the National Party.

Neither National leader Simon Bridges nor general manager Greg Hamilton have been charged.

Speaking to RNZ, electoral law expert Andrew Geddis said National may be "legally in the clear", but the public may still have questions about its actions.

"The question is whether mere compliance with the law is sufficient for political parties," Geddis said.

"Is this sort of fundraising morally acceptable, no matter what the law may say about it?"

Canterbury University professor Anne-Marie Brady - an expert on China's influence - told RNZ there were lessons for all political parties. 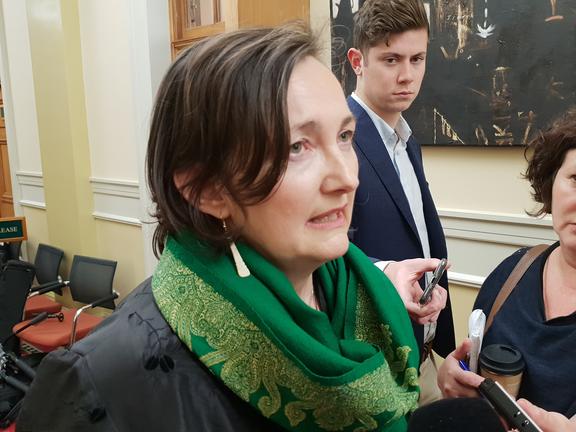 Brady said politicians should comply with both the letter and the spirit of electoral legislation.

"It's not good enough [for political parties] to say that they are meeting the requirements of the law, because I don't think the New Zealand public will be very tolerant of some of the donations that we've seen in the past."

The four defendants - who have not been named - are scheduled to appear in Auckland District Court on 25 February.

The SFO investigation was prompted after police referred on a complaint made by former National MP Jami-Lee Ross.

Ross - who is now an independent MP - dropped a bombshell in October 2018 claiming Bridges had asked him to collect a $100,000 donation from a Chinese businessman Zhang Yikun.

Both Bridges and the National Party strenuously denied any wrongdoing.