By Michael Wright of Stuff

Opinion - Ten years ago, then Air New Zealand chief executive Rob Fyfe stood before hundreds of people at the airline's headquarters in Auckland and said sorry for the Erebus disaster.

This story is part of White Silence, a six-part podcast series from Stuff and RNZ to mark the 40th anniversary of the Erebus disaster. You can listen to White Silence on RNZ, Stuff, or via Apple Podcasts, Spotify, Stitcher, or any other app using the RSS feed. 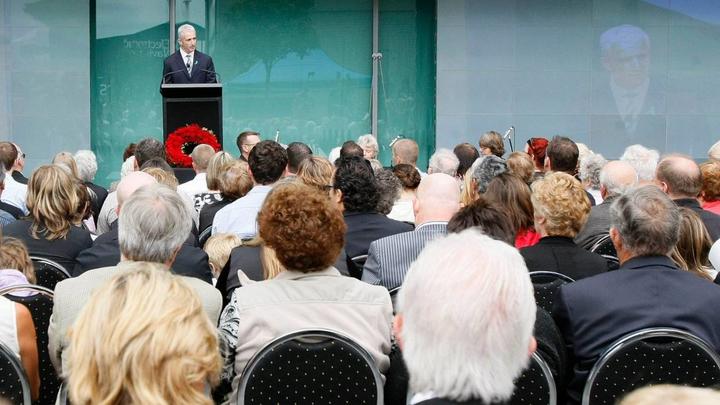 Rob Fyfe, then Air New Zealand chief executive, speaks in 2009 at a memorial service held to remember those who lost their lives in the Erebus crash. Photo: Stuff / Wayne Drought

Fyfe's words that day were carefully chosen. He was apologising for what the airline did after the crash, not before it.

"Sorry to everyone affected who did not receive the compassion and support they should have from Air New Zealand," he said.

"Air New Zealand inevitably made mistakes and undoubtedly let down people directly affected by the tragedy. I can't turn the clock back. I can't undo what has been done. But as I look forward I would like to start the next step in our journey by saying sorry."

These were welcome, empathetic words from the head of a company that until then hadn't done a very good job of dealing with the trauma of New Zealand's worst disaster: 257 people killed when an Air New Zealand DC10 flew into the side of Mt Erebus in Antarctica in November 1979. Many families of those who died felt ignored or marginalised in the aftermath of the crash.

Kathryn Carter, the eldest daughter of the pilot, Captain Jim Collins, once recalled the way her father's personal effects were returned to the family: "His toilet bag and a change of clothes he'd taken [in] a brown paper clean sack, which was left by the front door. That was it. It was just, just left." 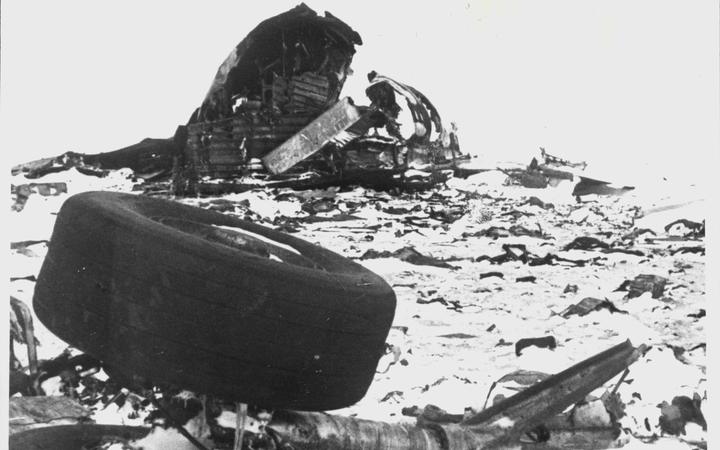 Wreckage at the site of the Erebus disaster. Photo: Fairfax Media NZ

Ten years on from the apology, it's time for Air New Zealand to make another one. It's needs to say sorry for its role in the crash itself.

To be clear, this is not about Air New Zealand taking the blame for the crash. Or saying that it caused it. That's too simplistic, and fingerpointing has got us where we are now: 40 years on with no national memorial to the dead and a complicated legacy that no-one really wants to talk about. It's about Air New Zealand acknowledging that it at least played a part in our deadliest disaster. The airline unquestionably made mistakes prior to the crash that left the pilots - Captain Jim Collins and First Officer Greg Cassin - badly misled. Things such as changing the flight path twice, without realising what they were doing either time, and neglecting to tell the pilots. Things such as substandard maps and photos at the pilots' pre-flight briefing, and the lack of instruction on the dangers of whiteout.

Air New Zealand conceded at the Royal Commission of Inquiry 39 years ago that it made these mistakes. At one point, a witness was taken through a catalogue of errors and omissions, acknowledging all of them and admitting they were 'not a good story'. There's no reason why the airline couldn't say as much again and express some contrition at the same time.

Again, this doesn't need to be about blame. For 40 years, the Erebus story has had far too much of that. It started when the chief inspector of air accidents, Ron Chippindale, released his report concluding pilot error was the 'probable cause' of the crash.

Then it went into overdrive when the royal commissioner, Justice Peter Mahon, concluded Air New Zealand was at fault and that the airline had perpetrated an 'orchestrated litany of lies' in trying to cover up its mistakes.

At least three more court cases followed. Each of them leaving one side jubilant and the other embittered. This is the point where Erebus became a travesty: a story about controversy rather than tragedy. The great shame of that is that the 257 people who died aren't what we remember the most.

Air New Zealand is in a unique position to change that. As I've said elsewhere, the airline is the only constant in the Erebus story. If New Zealand is ever going to properly confront and move on from its worst-ever disaster, the national carrier must take the initiative. The risk of exposing itself to some sort of insurance liability in doing so is negligible unless, in apologising, the airline admitted to some kind of fraud. Copping to an 'orchestrated litany of lies' might meet that threshold. Admitting a string of regrettable but honest mistakes wouldn't.

Rob Fyfe's words a decade ago were roundly applauded, and rightly so. But the most poignant comment that day came from Maria Collins, the widow of Captain Jim Collins, when she was interviewed by RNZ afterwards. She hoped Air New Zealand would one day go further. But any wider apology had to be offered, she said, not requested:

"I have my private hopes but that has to come from them and not from me. An apology forced by somebody else is not a true apology."

This story is part of White Silence, a six-part podcast series from Stuff and RNZ to mark the 40th anniversary of the Erebus disaster. You can listen to White Silence on RNZ, Stuff, or via Apple Podcasts, Spotify, Stitcher, or any other app using the RSS feed.