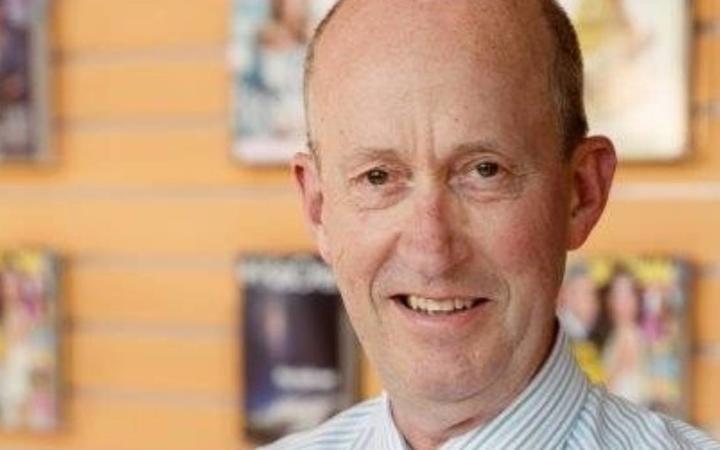 Paul Dykzeul had a ticket on the fateful flight with his brothers, but had to pull out for knee surgery after injuring himself playing football. Photo: Supplied

Scroll down the list of names of Erebus victims and the things that gets you - other than the sheer number - is the repetition: Arnold, Arnold, Bagnall, Bagnall, Carleton, Carleton, Kerr, Kerr, Kerr… Husbands and wives, parents and children, siblings. For many people, the Antarctic flight was a family affair - celebrating an anniversary, a birthday, a graduation. They went together, and died together.

Paul Dykzeul should have been among them. He was the Antarctic nut in his family. It all started back in the mid-1970s when he was a young designer - not a very good one - at an ad agency in Auckland. He'd catch the bus into town from Manurewa each day, and he always sat next to an older guy. The older guy was always reading a book.

One day the man said to Mr Dykzeul, "You don't read."

The man promptly produced a copy of Apsley Cherry-Garrard's The Worst Journey in the World - the story of Robert Falcon Scott's doomed South Pole mission of 1911-12 - and handed it to Mr Dykzeul. "You might like this," he said.

Mr Dykzeul loved it. Almost overnight he became a bibliophile. Antarctica was his favourite subject. So when Air New Zealand started running sightseeing flights to the ice in the late '70s, Mr Dykzeul jumped at the chance. He pitched the idea to his three brothers - Doug, John and Bill. They were all in. So was their brother-in-law, Stephen Hughes.

"Bill ... he pulled out quite a way earlier," Mr Dykzeul said.

"And then I, not long before, literally a week or so before, I had a horrendous accident playing football and I completely destroyed my cruciate in my right knee.

"I remember being very disappointed but I was in such a bloody state with my leg... I've never thought that much about how I felt about not going."

On the morning of 28 November 1979, not long after two of his brothers and his brother-in-law went to the airport, Mr Dykzeul went to hospital to prep for surgery. Later, he got a call from his wife, Deb. The plane was missing. This was in the early evening, and Air New Zealand was saying the aircraft had enough fuel to last until about 9pm. When that came and went with no word, Mr Dykzeul checked himself out of the pre-op ward and headed to his parents' home. 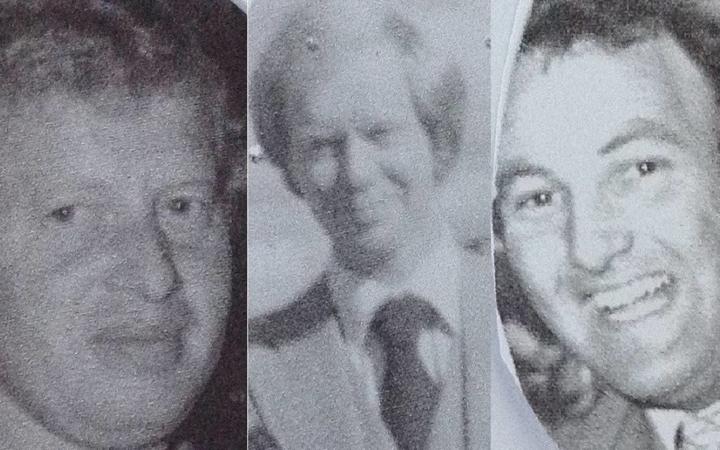 Brothers Doug Dykzeul (left) and John Dykzeul (centre) and their brother-in-law Stephen Hughes were all killed in the Erebus disaster on 28 November, 1979. Photo: Supplied

"The whole family was there and everyone was beyond distraught as you can imagine. And not knowing, you know, no one knew for certain. So there was a lot of conversation about what potentially could have happened and you know... 'Look, if they've crashed at sea it'll be alright because they've got life rafts.' And all that sort of stuff. You know, everyone's grasping for hope."

Some time after midnight, word came through that the wreckage of the DC10 had been spotted on Mt Erebus. There were no survivors.

Mr Dykzeul can't retrieve the precise memory of this moment.

"Those days after they're very blurred," he said, "You're in, you're in a hell of a state.

"The most vivid thing I can remember after was the funeral. They were fricking horrendous. John was buried in Morrinsville and then Doug was buried in Papakura and they were pretty big funerals."

Doug, John and Stephen left behind three widows and six children. Stephen Hughes' body was never recovered from the crash site. His name is on a memorial at Waikumete cemetery in west Auckland, along with 43 other victims who were never found, or whose remains couldn't be identified. 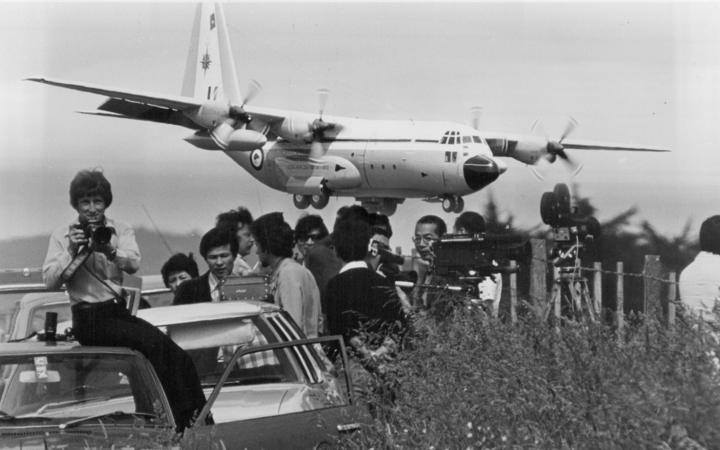 A Hercules arrives at Whenuapai with bodies from the scene of the crash. Photo: Fairfax Media NZ

The Dykzeuls were Dutch war refugees. Devout Catholics who arrived in New Zealand in the late 1940s with next to nothing and built a new life for themselves.

"Mum and Dad," Mr Dykzeul said, "It just destroyed them, you know. They in truth never got over it. it affected them for the rest of their lives.

"I was probably a bit bloody traumatised by at all. What you do is you do that terrible male thing, I suppose, is you just try and block it. You try not to acknowledge it you try not to think I can't be weak here and show that."

Forty years later, one thing about the Erebus disaster still gets at Mr Dykzeul. He was meant to be there. His brothers died, and he didn't.