As the 40th anniversary of the Erebus disaster nears, two widows left behind tell their stories of the aftermath.

This story is part of White Silence, a six-part podcast series from Stuff and RNZ to mark the 40th anniversary of the Erebus disaster. You can listen to White Silence on Stuff, or via Apple Podcasts, Spotify, Stitcher, or any other app using the RSS feed. The episodes are released daily from Friday, November 8. 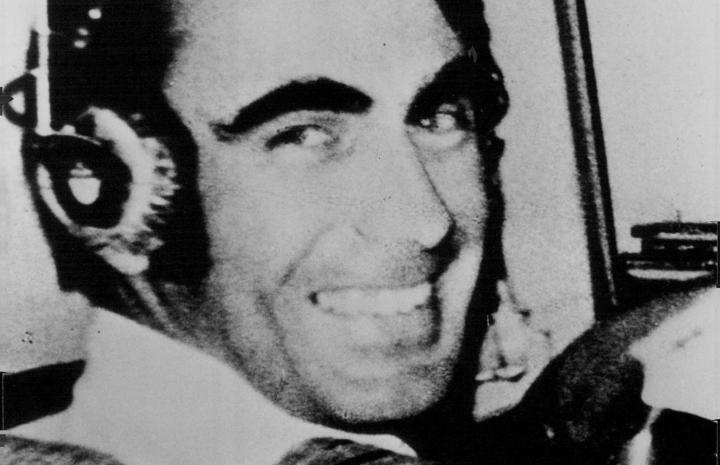 Jim and Maria Collins had been together for nearly 20 years when Jim was killed on 28 November 1979.

They had four daughters and a life together, then one day Jim was gone - killed in the Erebus disaster.

Like the families of the 256 other victims, the Collins grieved, but they had to worry about something else as well.

Jim was the captain of Air New Zealand flight TE901 when it crashed into the slopes of Mt Erebus in Antarctica, killing all 257 people on board. He was the man in charge during the deadliest disaster in New Zealand's history. 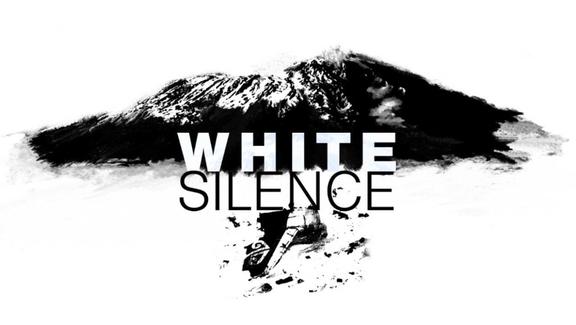 "When I first heard I thought 'And what will the world think of us?'," Maria Collins said.

'If you hear bad news and you know Jim's in charge I thought, 'What could he have been doing? How could he have made a mistake?'"

The day of the crash, Maria Collins was at home in the Auckland suburb of St Heliers. She got a call from Air New Zealand about 8pm to say it had lost contact with flight TE901 and that if she was home alone, it might be a good idea for someone to be with her. Soon, her living room started filling up with people.

"I thought 'this isn't real'. But I can't fall apart with the children here and alarm them any more ...the older two are 15 and 14. They're smart enough to know."

About 1am, the phone rang again. The wreckage had been found. There were no survivors.

"When you're in that situation you sort of feel as if it's a telescope out there that's all from afar and it really doesn't affect me. And I'm used to the bed being...half empty. So that's not unusual. And for a long time it felt like he was just on a long flight away because I'm used to him not being there every night. And so it took a long time...You may think that that's crazy, but that's how it felt." 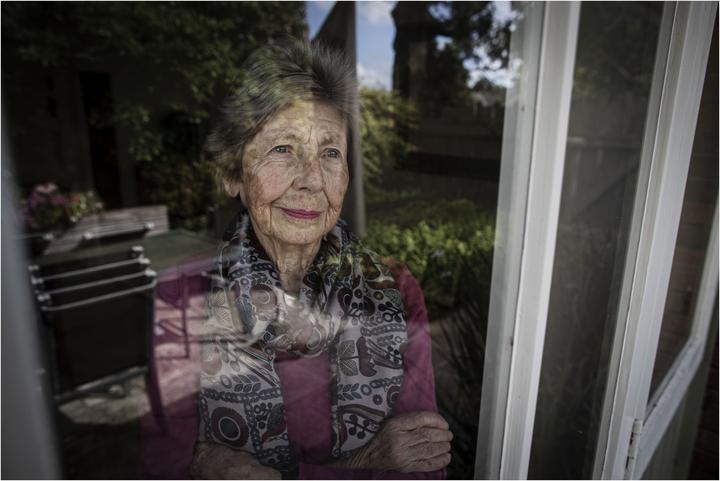 In the weeks after the crash, Maria Collins got on with life. The children had school. Christmas was only a few weeks away.

Meanwhile, the crash of the plane which her husband had been piloting was under investigation. The flight data recorders (black boxes) had been recovered from the wreckage.

Soon investigators would know exactly what happened in the cockpit before impact. One day in December 1979, Maria Collins got a visit from Ron Chippindale, the chief air accident investigator.

Chippindale wanted to see an atlas Jim Collins owned that he had apparently taken to the briefing he attended before his Antarctic flight. There was a chance he'd written crucial information in it about his flight path.

"He was looking at the bookcase there...He said 'Where's that atlas?' And I said, 'Well, Jim took it with him.'

''And I said, 'Well it's with him, so it's lost. I don't have it.' Well, he didn't believe me and he thought I was shielding Jim by not showing it to us.

"So when Chippendale left here, you just know he's going for the pilot error theory." 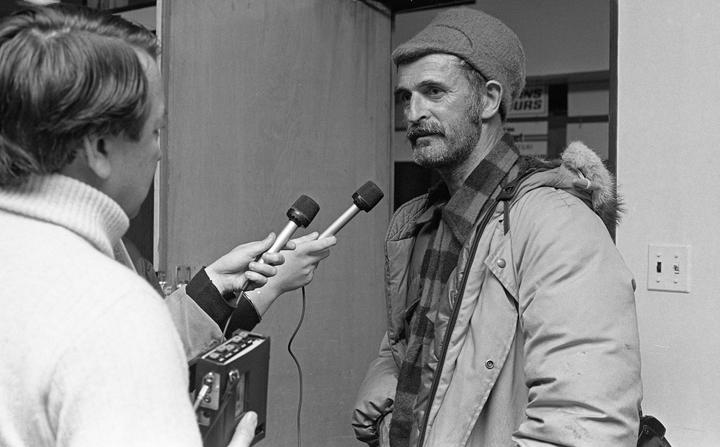 In March 1980, Maria Collins got a copy of Ron Chippindale's draft report on the Erebus crash. The draft was sent to all parties that might have had an interest in its contents. As in, those who might bear some responsibility for the crash.

The crucial conclusion was more or less the same as when the final version of the report was released to the public in June: "The probable cause of this accident was the decision of the captain to continue the flight at low level toward an area of poor surface and horizon definition when the crew was not certain of their position and the subsequent inability to detect the rising terrain which intercepted the aircraft's flight path."

In other words, the crash was Jim Collins' fault.

Maria Collins still has the newspaper clippings from the time: 'Cockpit confusion...Crash report points to error...Captain's decision probable cause of tragedy'.

"When you see pilot error written in the headlines in the daily newspaper," she said, "It's pretty bad."

"Remember at that time papers aren't like they are now in New Zealand where you can get all your information in different ways. But in those days we still did and what you read in the newspaper was what it was."

It was Maria Collins' lowest moment. Her husband was to blame for the New Zealand's worst-ever disaster. Soon after the report was released, she went to see her lawyer, Paul Davison, who would represent Jim Collins' estate at the upcoming royal commission of inquiry into Erebus. It was the only time during the saga she truly sobbed.

"I said, 'What happens now? Am I married to a murderer?

"He said, 'You've got to be patient Maria. There's more to this than meets the eye.'"

Today, Maria Collins still lives in the same house in St Heliers. She is 84 years old. Within a year of the release of the report that blamed her husband for the Erebus disaster, another report was released exonerating him. Debate over what, or who, was responsible for the crash has raged ever since. Maria Collins is at peace with it all.

"There will be a few naysayers," she said, "But I think the majority of Mr and Mrs Nobodies like the rest of us here all believe that Air New Zealand made the errors and not the pilots." 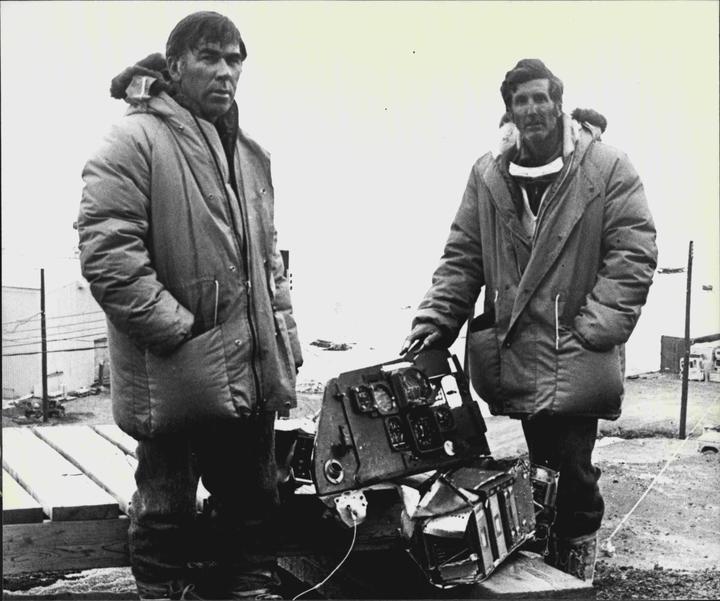 In many ways, Margarita Mahon's husband has come to be more associated with the Erebus disaster than Captain Jim Collins.

Justice Peter Mahon chaired the royal commission of inquiry into the crash in 1980-81. 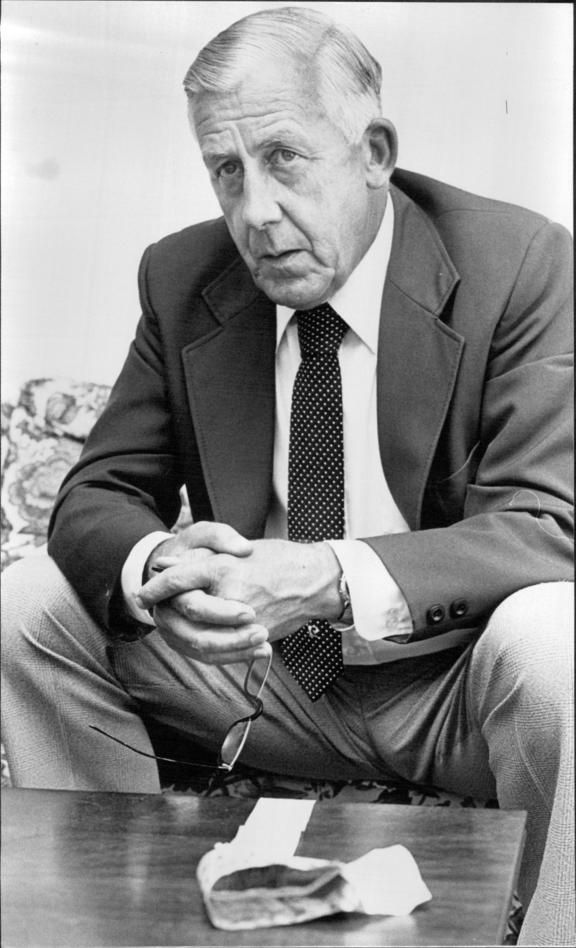 He concluded it was Air New Zealand's fault, after a series of disastrous mistakes and oversights by the airline left the pilots misled and ill-informed about the flight. Air New Zealand tried to cover this up at the commission, Mahon said, and see that the pilots shouldered the blame.

He rejected the airline's case in one of New Zealand's most enduring soundbites: "An orchestrated litany of lies".

Mahon didn't know it, but it was the beginning of the end of his legal career. An apoplectic Air New Zealand fought the findings in court and won.

The entire paragraph of the report that culminated in that famous soundbite - basically all Mahon's conspiracy conclusions against the airline - was thrown out.

"From that moment it was as if the whole world went mad, really," Margarita Mahon said.

"The phone never stopped, and the notes in the letterbox never stopped. There were flowers left on the door."

Peter Mahon, a reserved, conservative man, was an unlikely people's champion. The public believed he had spoken out (Air New Zealand was wholly-owned by the Crown in those days) and been punished for it.

But in the legal and aviation fraternities, not everyone was sure that the crash was even Air New Zealand's fault, let alone covered up by a conspiracy.

It was the Court of Appeal that had struck down the most controversial parts of Mahon's report. It was a split decision. Three justices said Mahon didn't have the jurisdiction to say Air New Zealand conspired to deceive and, even if he did, he should have given the airline a chance to respond to that claim. The other two - Owen Woodhouse and Duncan McMullin - were even more scathing. Not only was Mahon out of bounds, they said, he didn't have the evidence to support his conspiracy findings. This was tantamount to saying Mahon couldn't do his job properly.

Mahon was deeply hurt. He shocked the country, and his wife, by resigning.

"He didn't discuss it with me," Margarita Mahon said.

"I thought [he] should have just waited a moment, just a moment. Not necessarily not resign, but just have a little talk and think about it a wee bit more. But really it was all that pressure that really was exhausting and didn't go away, you see. So that's what led to the, what do you call it, heart failure."

Five years after his infamous report, Peter Mahon was dead, aged 62. His widow is adamant Erebus shortened his life.

"It interfered with the whole family in a way that should never have happened...It's a whole slice of life that could have been so different. So very different. For him, for me, for [their daughter] Janet. Awful for her…[It] had a very, very bad effect on [son] Tim. [Son] Sam lesser because he was away from it a bit...And I've just lived with it I suppose.

Today, Margarita Mahon is 91. She lives in a flat in a retirement village in Auckland full of archives and mementoes from her husband.

The glasses he wore at the royal commission. His 1986 diary, complete with appointments he would never keep.

Condolence letters from friends and colleagues after his death. One was from Lloyd Brown QC, one of Peter Mahon's closest friends, who represented Air New Zealand at the Erebus inquiry. The pair never spoke again afterwards.

"That was a great sadness to Peter," Margarita said, "He was really, really hurt."

Her husband was never bitter about what happened, she said, until close to the end of his life, which brought some perspective. He'd done what he thought was right.

He knew it would be controversial, but had no idea how much of a pariah it would make him. Margarita Mahon has a different word for it.

"It's wrong not to forgive people, but I could never, ever forgive Woodhouse and McMullin. They caused this to happen in our lives. Without realizing the depth and extension of their actions."

Peter Mahon grew up in Christchurch during the Depression.

His father managed a general store just out of the city. Every so often, the company would send someone to check up. One day, one of these people showed his father a shady bookkeeping trick that could make things easier.

Not long before Peter Mahon died, his sisters came to visit him in Auckland. As they were leaving, one sister turned to Margarita and recalled the general store story.

"[She] said, 'It seems like history repeating itself.' Wasn't it funny that both of them stood up in what they believed? His father stood by what he thought was right and Peter stood with speaking, what did they call it? Truth to power. Truth to power."

Available on Apple Podcasts, Spotify, Stitcher, iHeartRadio, Podbean, Radio Public and other podcast providers, or from the Stuff and RNZ homepages.

You can listen to White Silence on RNZ, Stuff, or via Apple Podcasts, Spotify, Stitcher, or any other app using the RSS feed. The episodes will be released daily from Friday, 8 November.