Opinion - If you were a government staff member this week, you would be feeling a little shell-shocked. The Jacinda bubble has well and truly burst with her mishandling of the sexual assault allegations, and the whole narrative about this being a kinder transparent government has completely flipped. 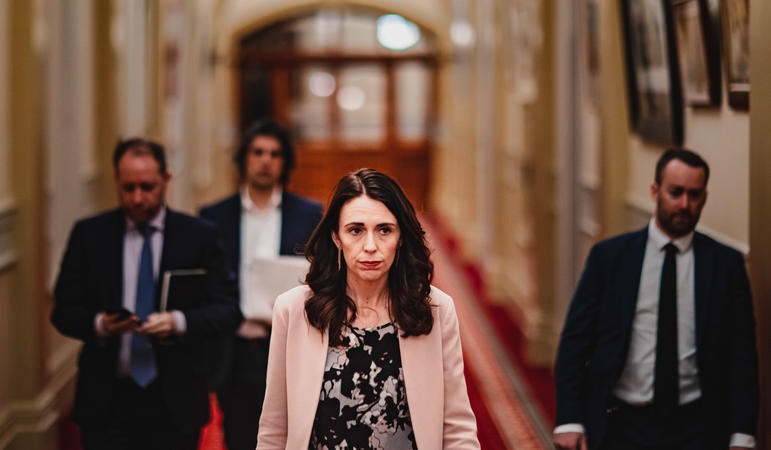 The Jacinda bubble has well and truly burst, according to Brigitte Morten. Photo: RNZ / Dom Thomas

I have worked in three different Parliaments, and contrary to what is often thought outside Wellington, ministerial staff work long hard hours. There is little glamour to the role, and the motivation to do well is an intrinsic belief in the ideology of the party who is in government, or the drive to deliver for the minister you work for.

There is also a belief that you are all in this together - the camaraderie of working this hard for a common goal.

The events of recent months, as the rumours and concerns swirled through the Parliamentary precinct, the seeds of distrust would have started to form.

Now, instead of one team, there will be many camps. Either you believe the complainants, or the alleged. You believe the prime minister, or you don't.

As like most workplaces, you want to think that your hard work will be remembered when you need help. That if something bad happens to you, that you will be supported by your colleagues, and most importantly by your minister or MP.

Given the clear mishandling by many senior ministers we have seen over this issue, you would have to be questioning whether this is the culture you want to continue investing so much in.

Your job as a staffer is to ensure that the government delivers on what they promised and ensure that they get another parliamentary term to continue delivering it. No supporter of a political party or a staff member goes lightly to another party to tell them about how bad things are. Because in doing so you are literally undermining the hard work you have done to make the government look good.

There has been criticism about the role of the deputy leader of the opposition in this issue, but you cannot doubt the complainants' decision to go to her. Only with her intervention has anything happened, but even that is still not enough.

People will expect more Labour ministers or staffers to resign - after all, collecting political scalps is what the media love most. But having individuals step aside will achieve little if there is no cultural change from the top.

And that doesn't look like it is happening anytime soon if the response of some senior ministers to this issue is anything to go by.

Justice Minister Andrew Little recently announced that through changes to the Evidence Act, sexual violence complainants will no longer be subject to examination of their sexual histories. A step forward by the minister and for victim rights. But clearly one of his Cabinet colleagues, Willie Jackson, didn't remember when he once questioned, on national media, the complaint's behaviour on the night of the alleged attack.

This is not to mention of course the earlier assault incidents at the Labour Youth Camp in Waihi that the party also handled badly.

A clear indication that the government's promises to women are just words.

While it might be unpopular to say, my sympathies go to the many government staffers who are innocent bystanders in this issue. Not only has the work they have done been greatly undermined, but they now must justify to their family and friends why where they choose to work is a good place to be.

And despite what is reported in the media why they should still support the Labour Party.

*Brigitte Morten is a senior consultant for public law firm, Franks Ogilvie. Prior to that she was a senior ministerial adviser for the previous National-led government, and an adviser and campaign director for Australia's Liberal Party.