Analysis - An astounding week in politics has left Prime Minister Jacinda Ardern carrying responsibility for sorting out the mess the Labour Party is in over the sexual assault allegation. 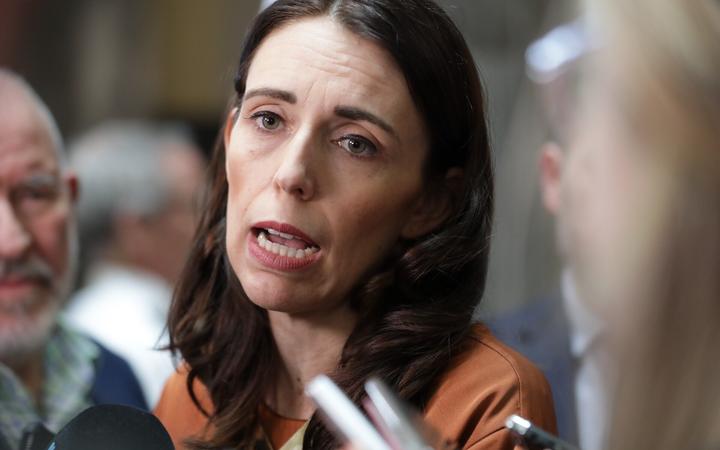 The prime minister's reputation is on the line and unless she cleans up the mess the Labour Party has got itself into over the sexual assault allegation it could be irreparably damaged.

Since she came to office, Jacinda Ardern has set herself up as a champion for women and has been a strong campaigner against abuse. She won international praise for her Me Too must become We Too speech to the United Nations General Assembly less than a year ago.

Now she must walk the talk, and the only way is complete transparency around the way the Labour Party ignored a complaint by a young woman volunteer claiming she had been sexually assaulted by a staff member in the leader's office.

She wasn't the only one. Numerous other complaints were laid against the same man, according to complainants who have come forward. All those complaints must be dealt with, and justice must be seen to be done.

The resignation of Labour Party president Nigel Haworth and the man at the centre of the allegations has taken some of the pressure off the prime minister, but the damage has been done and she has to repair it.

The contradictions that emerged this week were fundamental and must be cleared up. Mr Haworth said no sexual assault complaints were received. He was adamant about that. Ms Ardern said she repeatedly asked the party whether any of the complaints were of a sexual nature, and the answer was no. 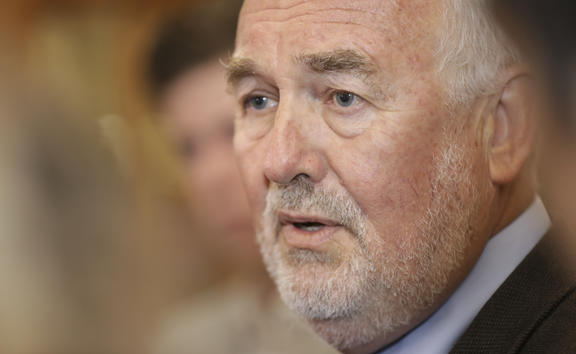 She said she did not know a sexual assault had been alleged until she read the woman's harrowing account in The Spinoff on Monday. She found it "extraordinarily distressing".

On Wednesday, after seeing correspondence the complainants sent to the party, she spoke to Mr Haworth. He resigned later that day.

The man accused of the alleged assault resigned from his job in the leader's office, which is separate from the prime minister's office. According to Ms Ardern, he had been working off-site for the last five weeks. He has not been identified.

Maria Dew QC is investigating what happened. She will report directly to the prime minister.

There are many moving parts to this story, and some important questions are still to be answered. Cabinet minister Grant Robertson has not denied he knew about the allegations, but has declined to answer questions on when he first heard about them. Several senior Beehive staffers also apparently knew.

No one told the prime minister.

National Party deputy leader Paula Bennett is in the thick of it because complainants went to her with their stories. She claims there was a cover-up, and that is something Ms Ardern must also deal with. Did those who knew seek to protect the prime minister by keeping her in the dark? Was the party's silence intended to protect the man accused of the assault?

Ms Ardern has promised to "make it right", and her reputation as a caring leader and a champion for women depends on it.

She has a lot to make right.

On Friday Stuff revealed Labour was warned in 2017 that there was a culture of bullying and sexual harassment within the party. It was a written submission from a 21-year-old party member, well before the summer camp scandal that rocked the party.

The woman, who was not identified, said in her submission: "Instances of sexual harassment and of sexual assault happen in our party. They don't often come to light, usually because the survivor leaves the party, but also because those who stay have no official means of reporting this behaviour."

The latest incident of alleged sexual assault was reported, and nothing happened.

There were other events during the week. A new suicide prevention strategy was launched with pledges that there would be more mental health support services for high-risk groups. It was short on details, with development work said to be ongoing.

The Inspector-General of Intelligence and Security reported that New Zealand's spy agencies were not complicit in the torture of detainees in Afghanistan, but did receive intelligence as a result. The inquiry was carried out because of revelations about the CIA's interrogation activities in Afghanistan.

Justice Minister Andrew Little said legislation covering the SIS and the GCSB had changed since then.

David Seymour's voluntary euthanasia bill began its very slow process through its committee stage in Parliament, when each clause is debated and can be amended. MPs voted until after midnight on Wednesday. Because it is a member's bill it can only be debated every second Wednesday when Parliament is sitting.