Opinion - Normal curmudgeonly service will resume shortly, but first some words of praise. 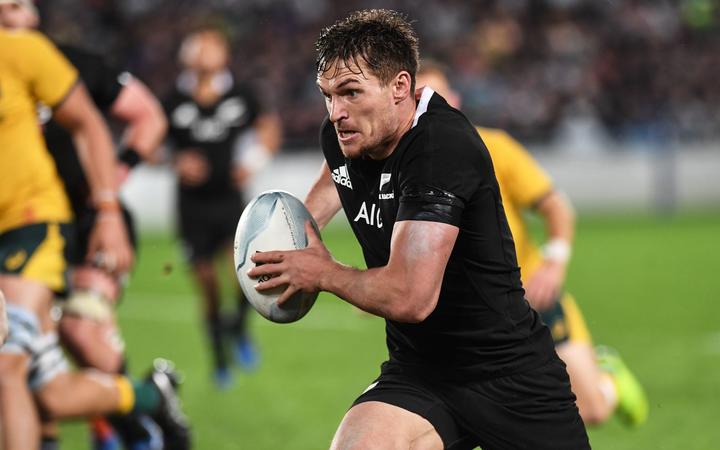 George Bridge gets a few words of praise from Hamish Bidwell. Photo: Photosport

Impossible to leave out

Chances are George Bridge, Anton Lienert-Brown and Ardie Savea figured somewhere in Steve Hansen's plans for 2019. Although even the All Blacks' coach would probably concede it wasn't this prominently.

Let's start with Bridge. Dating right back to his schoolboy rugby days at Lindisfarne College, the wing appears to have been under-estimated. He's not a product of endless rep teams and academies. In fact he's a guy who, even now, many people could forget or overlook. Rieko Ioane has been a very good All Blacks wing, about whom many flattering things have been said, and yet he now can't hold a candle to Bridge.

It's not that Bridge scored four tries in Saturday's largely worthless test win over Tonga, it's that - as is so often the case - he produced such a busy and accurate all round game.

Again, it doesn't appear as if Bridge has been the first option for too many coaches over the years. But once they turn to him, he plays so well that he deserves to be picked from then on.

Lienert-Brown's not dissimilar. Jack Goodhue, Sonny Bill Williams and Ryan Crotty would have all begun the season ahead of Lienert-Brown in the midfield backs' pecking order.

But not only could you argue he's now moved ahead of all of them, he's also probably been the best all-round player in the country for 2019. I still prefer him at second five-eighth rather than centre but, either way, he's moved from ideal bench option to a bloke he ought to start at 12 or 13 every week.

As has Savea, in the loose forwards. A place simply had to be found for him in New Zealand's first XV and, while blindside flanker is hardly Savea's ideal spot, he's quickly made it his own.

While I'm saying one or two nice things, the Tongan commentary provided by Kite Tuakalau and Finau Maka on Saturday was excellent too. Free from the triumphalism and endless lecturing about why so and so is a great player and awesome bloke that often blights the English-language version, it made for a far less aggravating experience. 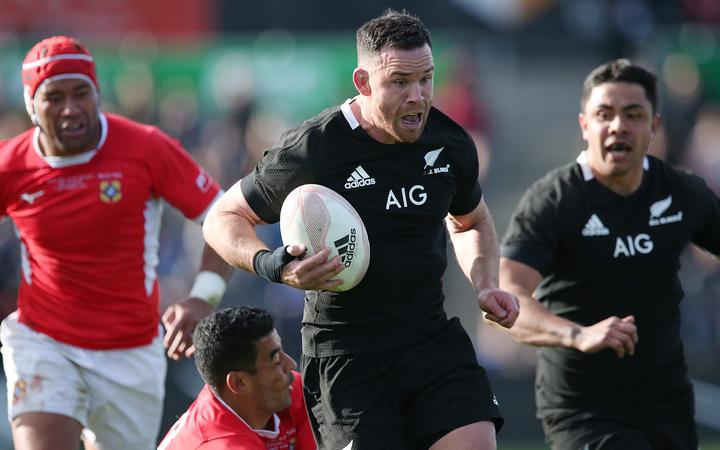 Which brings us to the 'Bender' situation

It wasn't enough for Ben Smith to be referred to by his actual name last week. No, his has been a serious loss of form and status, so we were asked as fans to dig deep and spare a thought for the 80-test veteran.

At 33, and with a nice contract in France waiting for him after the world cup, you'd think life and rugby had been pretty good to Smith. But sadly, said Hansen, 'Bender' had lost a bit of self-belief, rather than just his spot in the All Blacks' best XV.

Not Ben, mind, but Bender. Helping those who might have been too quick to write Smith off to feel a sense of familiarity and kinship with the fullback. To remember all the great times we've had together, with him playing so well and us all fist-pumping on the couch.

Again, not Ben Smith, whose best days appear behind him, but our old mate Bender. Never mind that it's Hansen, not us, who's undermined Smith's confidence by continually picking him out of position on the wing and now seems to prefer Beauden Barrett, Sevu Reece and Bridge as his starting back three.

I was wrong in saying the All Blacks would give Tonga a hundred-point hiding. As the match unfolded, it really should've been 120. The fact things ended at 92-7 was still bad enough, leading you to despair for the Tongan players, coaching staff and fans.

What could have been a celebration of the many things that are good about rugby, became another dispiriting example of the haves and have-nots. We all know the issues facing the Pacific rugby nations, and all wish things were different and better, making it very hard to celebrate anything the All Blacks achieved on Saturday.

The positive tests of South Africa wing Aphiwe Dyantyi for "multiple anabolic steroids and metabolites'' at a Springboks' training camp doesn't feel like it's quite had the coverage it deserves. A brilliant player, who scored a brace of tries in South Africa's 36-34 win over New Zealand in Wellington last year, Dyantyi now faces a potential four-year ban.

More broadly it should, but doesn't appear to have, prompt discussion about rugby and performance enhancing drugs. Dyantyi said he had never "intentionally or negligently" taken substances to boost his performances, but the metandienone, methyltestosterone and LGD-4033 in his A and B samples must've come from somewhere.