Review: Gather 'round the campfire, kids, and let me tell you about what it was really like back in the days of Stranger Things. 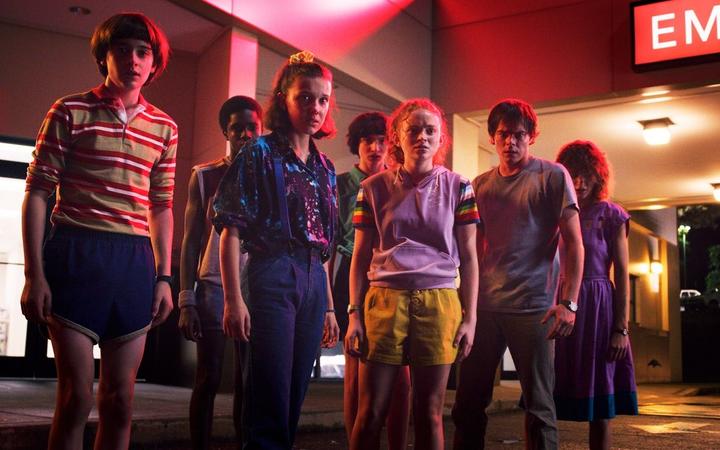 A scene from the third season of Stranger Things. Photo: Supplied / Netflix

Yessir, yours truly was a gawky 13-year-old in the summer of 1985, just like the cast of the recently-released Stranger Things 3 on Netflix. I played Dungeons & Dragons and hung out with my neighbourhood gang of friends in small-town California. I did not, however, kill any monsters from other dimensions.

But I'm here to tell you that while Stranger Things 3 gets an awful lot of the era right, it's not exactly as it really was back then.

For three seasons now, Netflix's hit show has mashed together science fiction, Stephen King-style horror and the adventures of a group of young pre-teen boys and girls into a compelling nostalgic warm bath. It's been a huge success - the latest season has already broken the record as Netflix's most viewed film or series in its first four days, with more than 40 million household accounts watching this season so far.

And the new season is in some ways the best yet - it tones down the horror and adds in the humour and pathos. We also get full Cold War-paranoia with the Russians joining the other-dimensional creatures as bad guys. For those craving a Red Dawn fix, it doesn't get better than secret communist infiltrations into heartland America.

Stranger Things 3 also adds the spice of puberty to freshen up the mix and confuse the interactions of the slowly maturing gang. Some of them have paired off in romantic relationships, and some haven't and are feeling left out. It captures that peculiar time when you're around 13 when some kids are growing facial hair and others are still playing with action figures. You're still becoming who you might be. 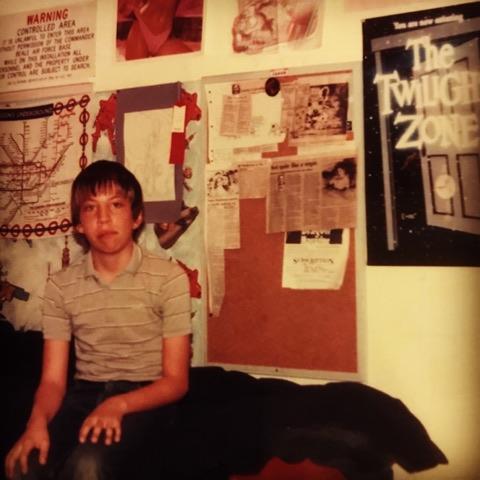 The author in 1985, nailing the gawky 13-year-old look. Photo: Supplied

I hung out with a small group of friends at 13. We read comic books, built forts, fumblingly played D&D and made up grand mythologies about ourselves. We dined out for years on the story about the day Greg got bitten by a rattlesnake up at the old gold mine behind my house. It was no demi-gorgon, but what the heck.

One of the members of my old gang I still keep up with sporadically to this day - he even visited New Zealand last year. Another I haven't really talked to in 20 years, and we were close as mates could get for a couple years there. Then we grew apart. You see hints of that growing apart in Stranger Things 3, and it lends it an air of bittersweetness. These moments, the show tells us, will never come again, just like I can never go back to my own 1980s memories.

Everyone wants to belong to a group. You remember the fun times exploring neighbourhood mysteries and playing D&D with your mates. You don't remember the times you didn't fit into that group, when surging hormones or just plain life got in the way. Rejection on TV shows tends to be dealt with in a few minutes and brushed aside as a quick character arc. The trauma these kids face over three series of fighting monsters from the Upside-Down would probably wreck them as functioning adults, but you don't really get into that on a TV show.

The power of Stranger Things isn't really in its plots, which are a mish-mash of every sci-fi trope from the last 50 years. There's holes galore if you start to inspect too closely. (for starters, how the hell did the Russians manage to build a massive subterranean complex the size of Sylvia Park under a small town?)

The hook that grabs viewers is that imagined childhood, the last moments before life becomes complicated by a stew of hormones and careers. It doesn't hurt that it's dressed up in a slew of totally radical '80s trappings - we had giant walkie-talkies instead of iPhones, pastel was everywhere, and I even tried to have vaguely bouyant Steve Harrington hair for a while there.

Stranger Things 3 is particularly blatant with the product placement - New Coke, Burger King, 7-11 - product placement being a beast that itself came of age in the go-go '80s. But it also takes note of the slow death of the American downtown as the malls took over the mom-and-pop stores. Later, the internet would take over the malls, and the circle of life would continue.

Stranger Things may present itself as a charmingly rough-edged homage to the past, but it's still a smooth corporate product brought to you by the streaming beast of Netflix. It evokes the idealised '80s, and in many scenes it really does feel like the era came back to life - but it's still just an imagined simulation. Yes, the clothes and music of the 1980s might seem kitschy now. But tell me just how well today's Instagram stories and hot takes will age in another 30 years?

Yeah, I was there. I had a gang of friends, and I wore really short shorts and a pageboy haircut well past its use-by date. I didn't kill any monsters or fight any Russians, but despite all its fantasy, there's an awful lot Stranger Things 3 gets right about growing up in America circa 1985.

In the end, it was a time like any other where kids wanted a gang of like-minded souls to hang out with. No wonder everybody wants to be there, whenever that was.

* Nik Dirga is an American journalist and fanboy who moved to New Zealand in 2006.