Opinion - I was at a conference in Canberra when I started receiving a flurry of messages from friends. I read the headlines but I don't think I really took much in as I wandered into the ballroom for the next panel discussion. A shooting at a mosque, in New Zealand? What? By the time I found a seat, my skin was prickling all over in a most unpleasant way, as if in warning. 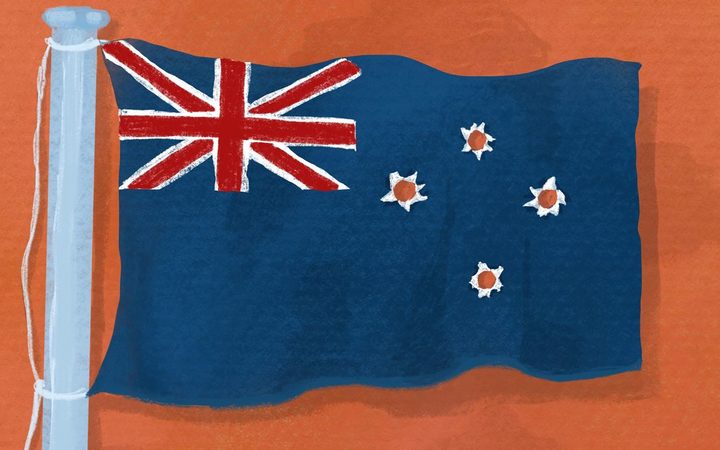 What do you call a warning that comes too late?

After attempting to sit tight for some time, I realised I wasn't absorbing a word the speaker was saying. My stomach was churning and three things vied for attention at the top of my mind: how could this be happening in New Zealand, are any of our friends in Christchurch following the Bangladeshi Cricket team there, and where is my dad.

Even though my family is in Auckland, my brother had messaged me to say a warning had been issued by police to avoid mosques anywhere in New Zealand. I knew my dad attended prayers at his local mosque whenever he could, often straight after work. And knowing his stubborn nature, he would have considered this day no exception. I proceeded to leave the session to pace in the hotel lobby frantically attempting to call my father, who is terrible at answering his phone at the best of times.

We managed to reach him and he promised to head straight home after work. A few friends I had suspected might have gone to Christchurch for the cricket also messaged me back, saying they weren't there, they were safe.

I felt perhaps a moment of relief before a sickening guilt, because I was one of the lucky ones, my loved ones were fine, and a sadness so strong it felt like a tangible, physical wave, crashed over me. I was in shock and yet I knew I shouldn't be.

We knew this was coming - we had been warned.

Not by the monster who published his deranged manifesto ahead of the attacks. But by history itself. By the signs of the times. By the last few years that saw a renewed rise of neo-Nazis, white supremacists, violent xenophobia and right wing extremism all over the world. The writing has been on the wall. Events that unfolded elsewhere warned of the risk we were courting through our silence, our tacit acceptance and even our vocal defence, under the banner of protecting free speech, of the rhetoric of hate peddled by many, often for financial gain or notoriety, with no regard for how it impacts on vulnerable or marginalised members of society.

At the risk of the myriad visceral, complex thoughts and feelings I have about this being dismissed or overshadowed by what I'm about to say, and at the risk of being labeled arrogant and insensitive by pointing it out - well, I told you so.

I did. I myself have warned what might happen if we continue to allow migrant communities and Muslim communities in particular to be denigrated, marginalised, othered and diminished. I shared my concerns at the lack of leadership from anyone willing to stand up to the Donald Trumps and Pauline Hansons and Fraser Annings of the world, at least, until our current prime minister came along.

Because I am woman of colour and a Muslim and a migrant (many times over) and I work in the human rights space, I know how hard fought and fragile progress is. Because I can't switch any of these things off on the weekend and take my social justice warrior snowflake hat off, because I wear what I believe in the very fibre of my being and in the melanin of my skin, I had read the writing on the wall.

So I voiced what I felt, what I saw and what I feared. And I received hate messages from anonymous trolls on Twitter and Facebook every time. We somehow now live in a world (the Upside Down, the Darkest Timeline) where you can't call a racist a racist, or a bigot a bigot, without an inordinate amount of backlash. Even some friends and allies tentatively called me alarmist and pessimistic.

How I wish to God today they had been proven right a thousand times over.

No act of violence is acceptable, but there is something about attacks on places of learning and places of worship that I find especially reprehensible. Muslims at prayer are at their most vulnerable. When we stand on that mat, we submit entirely to our Creator. It is an act of surrender and ultimately of trust - trust in your faith and trust in your environment to allow you this moment of escape from the real world while you venture into the spiritual one. While an incredible refuge for the individual, mosques are also a space for community. Friday Jummah prayers are often the one occasion even the most casual, nominally practicing Muslim will participate. My dad, devout most of his life, will go to the mosque closest to his workplace during his lunchbreak for Friday prayers without fail, and so will my "how do I reconcile my identity as a Kiwi, a socially progressive leftist and a Muslim migrant" brother.

Well, how will any of us reconcile who we believed we were with who we are now, who we are after this, with who we were before? Because even though this fear I have been sharing for years was my own, this grief now belongs to us all. New Zealand was attacked, because I am a New Zealander and those people in Christchurch who were hurt and killed were New Zealanders too.

At the time of writing, the facts are still unfolding. We await confirmation of casualties, of numbers perpetrators involved or apprehended. I am not particularly concerned with the numbers, because any number that isn't zero is too high for me.

What I am concerned with is where we go from here. Once we recover from our grief, do we slide back into being passively a "good" country? To simply "not be racist" when what is required of us is to be outspoken "anti-racists"? I don't want thoughts and prayers. What I want to see is bold leadership, standing up and uniting in this message: that hate will not be allowed to take root and triumph here. And to then act on that message. I need us all to be courageous and really look inwards at the fears, judgment and complacence we may have allowed into our hearts, and look outward to demand a change in the conversation. And to be that change.

I am trying to process and make sense of this like everybody else. But we need to change something so that we don't ever have to endure another day like this again. This dark day of grief, of shock, of an unspeakable heartbreak that both compels me to voice this and simultaneously makes it so difficult to do so.