Since the tragic death of Grace Millane, my newsfeed has been full of people experiencing grief, sadness, anger and mamae (deep pain and hurt). 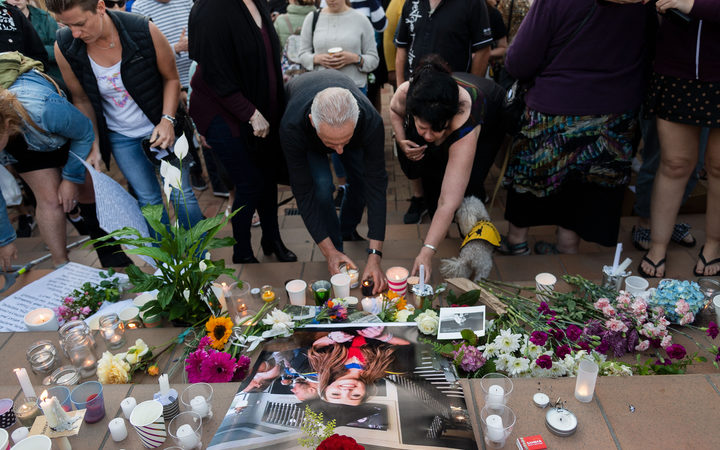 People place candles and flowers next to a photo of British backpacker Grace Millane during the vigil at Civic Square Park in Wellington. Photo: AFP

Grief for Grace and her whānau. Sadness at the state of our country. Anger at people who retort 'not all men' instead of listening. Mamae (hurt) that when women from marginalised backgrounds are killed there is no prime ministerial apology or round-the-clock media coverage.

Yet all of the women I know who are organising vigils and campaigns in response to the death of Grace Millane are the same women who organise, write about and work with (and/or are) survivors of gender-based violence themselves. They are the same women who work to raise public consciousness about access to safe and legal abortion or fully funded and culturally appropriate sexual and domestic violence support and prevention services.

Understandably, there has been some hurt and frustration from some people with first-hand experience of gender-based violence about the public outpouring of love for Grace compared with the attention we pay to Māori, migrant, trans or disabled women who are killed in this country. Disabled women are about twice as likely to be victims of violence or abuse compared to other women. Māori are three times more likely to be killed by a partner than non-Māori.

Grace's killing was also allegedly at the hands of a stranger, which is different from most gender-based violence which occurs at the hands of an intimate partner. A sickening reality which perhaps we have come to accept as "normal"? It should not be normal.

Grace's death also happened close to Christmas, when people are thinking about whānau. The story got news coverage because we kept clicking. It struck a chord so journalists kept writing.

I am not saying any of this is okay. We should be able to empathise with people who are different to us. But it's important to think about context.

I understand, and sometimes share, the desire to be angry at people for their selective empathy. The hurt is valid and real. Especially for those who work tirelessly for the prevention of violence, and the support of its victims and survivors, only to hit wall after wall of indifference and ignorance.

Just last week, Shakti - a refuge for women of Asian, African and Middle Eastern origin - delivered a petition to parliament to save their Wellington safe house from closure due to a lack of funding and support. Shakti was started after the murder of two migrant women and is the only refuge for migrant and refugee women in the greater Wellington region.

Those of us who engage regularly in solutions to gender-based violence were sadly not that shocked about what happened to Grace because we know how violent this country is. We know that it was founded on colonial violence and that legacy continues today. But we also know the solutions that are needed to transform our society to one that centres aroha (love), compassion, care, healing and support.

Now is the time when our country needs the vision, values and solutions proposed by those on the front lines of the work to prevent, treat and end violence against women.

My plea to those who are wondering where were the vigils for our Māori, trans, disabled, rural and migrant of colour women is to please keep guiding us with your wisdom. We need it now more than ever.

And to those who don't usually engage in the campaigns and conversations about ending violence against women, please don't forget how Grace made you feel this week. We hope you continue to stand with us for a country free of violence and harm. We desperately need your help to do it.