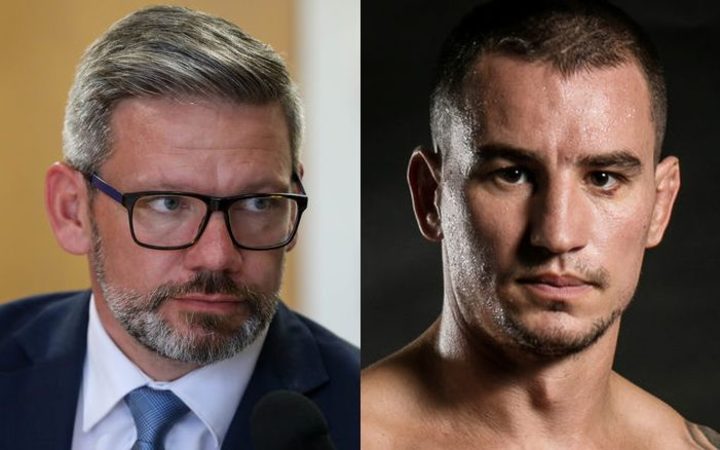 Has Jami-Lee Ross given it his best shot? If this week's leaked recording of a conversation between the MP and his party leaders was intended to start another fire, it was a fizzer.

It was released to Newshub's AM Show on Monday, presumably by Mr Ross himself or an associate.

It recorded a discussion between Mr Ross, National's leader Simon Bridges and his deputy Paula Bennett just before they announced the MP was going on extended leave.

Mr Bridges and Ms Bennett raised issues of disloyalty and inappropriate conduct - this was well before the spectacular public meltdown when Mr Ross described Mr Bridges as a corrupt politician.

It was clear during the discussion that Mr Bridges and Ms Bennett wanted to limit the controversy they knew their announcement was going to cause, and it was agreed that medical reasons would be given for Mr Ross going on leave.

Mr Ross said that would be the truth.

It would, said Ms Bennett, mean that "everyone would back off you, the media and all that sort of stuff".

Mr Bridges promised he wouldn't say anything about it and suggested Mr Ross could eventually return to Parliament and even be promoted.

Some reports described it as an attempted cover-up but it soon lost traction and Mr Bridges was able to say it would never have been appropriate to talk about a health issue involving one of his MPs.

Mr Ross was subsequently and briefly admitted to a mental health facility, which validated Mr Bridges' promise of silence.

The recording was apparently released to further embarrass Mr Bridges and the National Party. If that was the purpose it failed, and media interest in the saga is starting to fade.

Unless Mr Ross has a real blockbuster still to come, it will continue to fade.

Of more interest within the beltway was NZ First's decision to hold a proxy vote for Mr Ross while he is on leave.

Mr Ross, now an independent MP, asked National to hold his vote but it refused. So he offered it to NZ First, and Winston Peters decided to accept it.

While it is extraordinary for a party which is part of the government to hold a vote which will always be cast with the Opposition, this was a clever move by Mr Peters.

Mr Ross has guaranteed he will always vote with National, and Mr Peters has confirmed that is how the proxy will be cast.

Mr Peters has been doing his best to keep the Ross controversy alive, and holding the proxy means that every time parliament takes a vote - dozens of times a week - National is going to get a reminder that it hasn't gone away.

And because Mr Ross will continue to vote with National, it can be argued that the proportionality of Parliament won't be affected and there's no need for the MP to be forced out by invoking the waka-jumping bill.

That bill was initiated by NZ First to deal with MPs who leave their party and disrupt the proportionality of Parliament.

Mr Peters' stated the reason for accepting the proxy is one of high principle - that he believed the people of Botany, the seat held by Mr Ross, must continue to receive representation in Parliament.

Stuff's Tracey Watkins had another view: "On the face of it, it is an act of breathtaking hypocrisy."

In Parliament, during all three question times this week, National harassed ministers over the decision to grant residency to convicted Czech drug smuggler Karel Sroubek.

Immigration Minister Iain Lees-Galloway made the call based on information given to him by officials.

Now he has received contradictory information, and is still refusing to answer questions on the grounds that a review is being held.

National has a surprising amount of information about Sroubek, which it reveals under privilege in Parliament.

This week Mr Bridges asked Prime Minister Jacinda Ardern whether she knew a criminal charge against Sroubek resulted in a family being put under witness protection.

Mr Bridges later said in a statement his information came from court documents.

His deputy, Ms Bennett, referred to a robbery at Sroubek's estranged wife's house.

Sroubek, who is in prison, issued a statement denying any involvement and accusing Ms Bennett of implying that he had something to do with it.

Neither the minister nor Ms Ardern have answered any of National's questions, but they continue to be asked.

The reason is that National is building a case that makes it seem absurd for Mr Lees-Galloway to have decided Sroubek is a suitable individual to have in New Zealand.

It has demanded the minister's resignation, and will continue to do so - particularly after his admission yesterday that he spent "an hour or so" on the decision after receiving the Sroubek file from immigration officials.

National thinks the decision will be reversed when Mr Lees-Galloway finds a way to dig himself out of a very deep hole.