Power Play - Don't worry about the allegations about electoral fraud, the comments about ethnic candidates and his own MPs are enough to put the National Party leader Simon Bridges on seriously shaky ground. 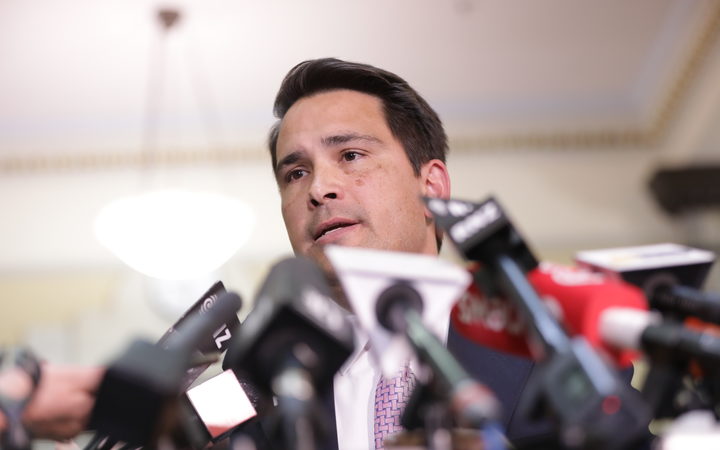 In round two of the most incredible political fallout in recent times, Mr Bridges has been recorded in a discussion about MPs considered dispensable, in order to bring in Chinese candidates.

The conversation was kept by rogue MP Jami-Lee Ross and released to the police as part of his push to get Simon Bridges investigated for electoral fraud - claims Mr Bridges strongly denies.

All of the accusations and "evidence" presented publicly are part of a white hot campaign from a disillusioned and isolated MP, to take Mr Bridges down.

Shortly after, he issued a public apology, one he says Ms Pugh "gracefully" accepted.

I have just met with @MaureenPughNat and unreservedly apologised for my comment. It was inappropriate. I value the work she does as the National List MP based in West Coast-Tasman & as our Associate Spokesperson for Children. She has gracefully accepted.

"I value the work she does as the National List MP based in West Coast-Tasman & as our Associate Spokesperson for Children", he said in the tweet.

Without naming other MPs, Mr Bridges said there were others who should just go, to allow new candidates into the party.

In terms of donations at the beginning of the call the pair discuss $100,000 received from two Chinese donors, and how they would present it to the party president Peter Goodfellow and find the "right words".

Mr Ross has claimed Mr Bridges asked him to split that donation into smaller parts to keep it secret.

There's no smoking gun in the recording to back that claim specifically, but there is a conversation between the two men about how to best present the donation to the party officials responsible for making the legally binding declarations to the Electoral Commission.

And there are still questions about why they were discussing one $100,000 donation, and with Mr Ross then going on to say "the way they've done it meets the disclosure requirements where it's under the particular disclosure level".

A check with the Electoral Commission shows the National Party has not declared a $100,000 donation to date this year, nor anything in the name of Zhang Yikun. Any donation over $30,000 has to be declared within 10 working days; the donation in question was received months ago.

Then it was back to the black and white tiles and the wall of microphones as Mr Bridges again apologised to Maureen Pugh and said comments about Chinese versus Indian MPs were just a reflection of New Zealand demographics.

The National Party gets excellent support from ethnic constituents and spends a lot of time courting their vote.

To hear the party leader speak in such a dismissive tone about the ethnicity and financial value of candidates rather than personal merit or the contribution they could make will no doubt cause consternation among those constituencies, and may give some donors pause before opening up their wallets.