Opinion - The coolest of the royals is back to introduce Aotearoa to his wife, the Duchess of Sussex, and for an annual inspection of his family's holdings, writes James Nokise. 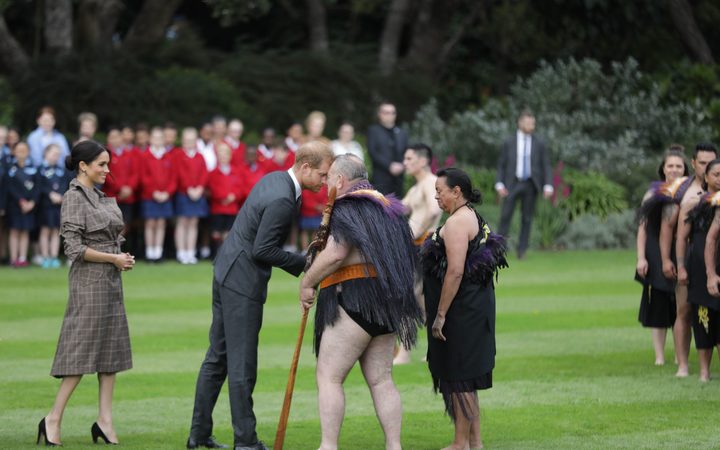 This follows a whirlwind trip around Australia, Fiji, and fellow kingdom Tonga, in arguably the best "Honeymoon disguised as work" trip the Royal's have sprung on The Commonwealth in recent times.

Here's what you need to know about this week's trip, based on the Australia / Pacific tour so far…

Not a Rugby League (or any other kind of ) joke - I mean they literally popped into Tonga for an afternoon, met the PM, went to a craft market, visited Tupou College (the Pacific's oldest, ask any Tongan), waved at the King, and popped off again. If you ever want to know what level of wealth you're at - "Popped to Tonga for lunch" is the Royal level.

Sorry Wellington, you don't get the roughest landing

The landing on the capital's tarmac was relatively smooth compared to Sydney, which had to abort after a plane was too casual about clearing the runaway. Of course anyone who watched the Rugby will know this was not the most embarrassing moment for OZ this weekend.

Conceivably already asked by media and we are now simply on an embarrassment tally of how many times the question will be repeated. For the record, she thinks New Zealand is "stunningly beautiful" ,"loved learning about our rich history", and "we're definitely their favourite country".

If you're wondering; Ed looks like he comes from rich inbreeding, and Harry looks like that guy playing slow guitar at the party.

There will be hugs

If there's one thing Prince Harry made clear in Australia, it's that he likes a hug. Hell, if the British tabloids constantly questioned my parentage, made fun of my hair, and racially abused my wife, I'd be racking up as many hugs from non-British people as possible.

There will also be hongi

Please Lord don't let there be another Harry haka

There will eventually be a... baby!

If there's one thing New Zealand has proven this year it's that we can totally handle women in power giving birth, and know how to play it cool. That big smile the PM greeted the royals with was also saying "Finally! Someone to pass these Zealandia stuffed toys to!"

The revolution will be... shelved for a future date

That pesky "Republic question" hasn't seemed to follow the royal couple as in tours of old. Maybe it was Princess Meghan opening her speech in te reo. Maybe it's Labour finally being in government.

Because why be a killjoy about a royal visit down under by bringing up Kiribati and Nauru? Why do that?