Analysis - Simon Bridges' leadership of the National Party is under scrutiny after a "train wreck" press conference, the Jami-Lee Ross mystery raises a spate of rumours, and NZ First backs a loser with its immigrant bill. 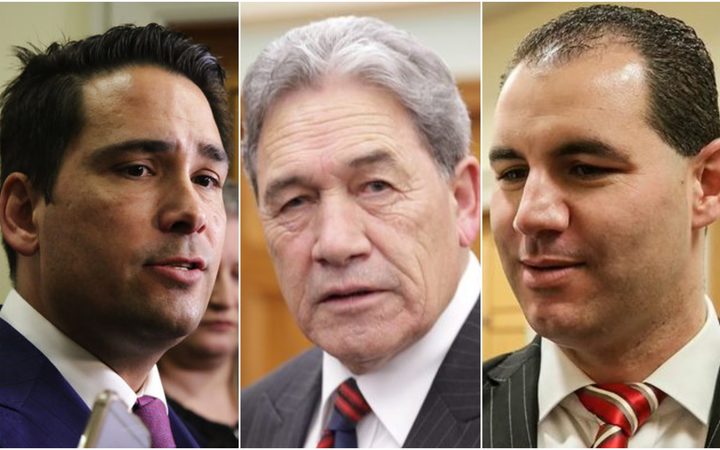 Mr Bridges' grip on the National Party leadership has almost certainly been weakened by the disastrous press conference he called to explain why Jami-Lee Ross decided to go on leave.

The Botany MP will be away for several months dealing with what he described as "personal and private" health issues.

Inevitably, the media questioned Mr Bridges on whether it was in relation to the imminent release of the inquiry report on who leaked Mr Bridges' expense claims.

It was Mr Bridges who decided to hold the inquiry and it has caused nothing but trouble for his party.

"If there were seeds of doubt about Bridges judgment before among his MPs, they must have blossomed into full blown dismay that Bridges' decision to order an inquiry keeps blowing up in his face," wrote Stuff's Tracy Watkins.

"Tuesday's train wreck of a press conference dealing with the abrupt departure of front bench MP Jami-Lee Ross must have only deepened their dismay."

The NZ Herald's Audrey Young, noting Mr Bridges had been a highly regarded and competent cabinet minister, asked the question: "Why is Simon Bridges making such a hash of the job of Opposition leader?"

Mr Bridges called the press conference to shut down media speculation and ended up intensifying it.

Mr Ross, he said, was dealing with a sensitive and "potentially embarrassing" situation.

Mr Bridges subsequently said "embarrassing" hadn't been the best word to use, but the damage was done.

There are so many implications attached to that word - and one is that Mr Ross leaked the expense claims and has scarpered before the report is released.

Mr Bridges says Mr Ross has denied that, and he's emphatic that there's no connection between the inquiry and the MP taking leave.

National's deputy leader Paula Bennett, making a better job of it than Mr Bridges, said speculation along those lines was "unhelpful, unnecessary and untrue".

Parliament's highly efficient rumour mill is, meanwhile, cranking out a leaker shortlist. If it was an MP acting alone, the others are being wrongly identified and that's something they'll be extremely unhappy about.

It's not a good situation to have within a caucus, and it wouldn't have happened if Mr Bridges hadn't insisted on going ahead with the inquiry.

At the time, he apparently thought it was more likely to have been someone outside the caucus and wanted to end any suspicions that an MP, or a group of MPs, were unhappy with his leadership.

It has backfired badly and now the speculation is firmly focused on the caucus.

The only good thing going for National is that Parliament is in recess. If it was sitting, Labour and NZ First MPs would be ratcheting up the pressure behind the scenes.

Winston Peters has done his bit, although he was speaking last weekend before the Jami-Lee Ross announcement was made.

"National is leaderless, it's moribund and it's vacuous. It's got bitter and jealous, it's a shell of its former self," he told delegates at his party's annual conference.

"Simon Bridges will not lead National into the next election."

That's standard rhetoric from Mr Peters but if Mr Bridges doesn't get his act together the NZ First leader could be proved right.

The Jami-Lee Ross affair eclipsed another story this week which was generating considerable comment.

NZ First has drafted a bill that would require immigrants and refugees to sign up to a set of New Zealand values such as gender equality, religious freedom and other fundamental ways of life here. If they refused, they would be denied entry.

It emerged from a remit passed at the party's annual conference and MP Clayton Mitchell has drafted it as a member's bill.

The chorus of opposition to it included the Refugee Council, the Human Rights Commission and other political parties.

It's been described as racist, which NZ First vehemently denies, and whether it would actually mean anything has been questioned.

After striving for years to get here, would any immigrant or refugee risk being sent back to where they came from by refusing to sign such a document?

If NZ First goes ahead and puts the bill into the members' ballot it will join more than 70 others. Every second week Parliament is sitting, two or three are usually drawn and go on the agenda for a first reading.

And if it does reach the floor of the House, it's already doomed.

It isn't government legislation and Prime Minister Jacinda Ardern says Labour won't support it. National has described it as "headline-grabbing nonsense" and the Greens don't like it either.

ACT leader David Seymour has said he would support it.

On those sentiments, the vote on the bill's first reading would be 10 in favour, 110 opposed.

*Peter Wilson is a life member of Parliament's press gallery, 22 years as political editor of NZPA and seven as parliamentary bureau chief for NZ Newswire.