Analysis - This will be a lesson for a still evolving Prime Minister. Better the Band-Aid is pulled off quickly than the slow, painful tear. The now former Broadcasting Minister Clare Curran could have been shown the door two weeks ago when she admitted to a second failure to properly declare a meeting in her role as minister. 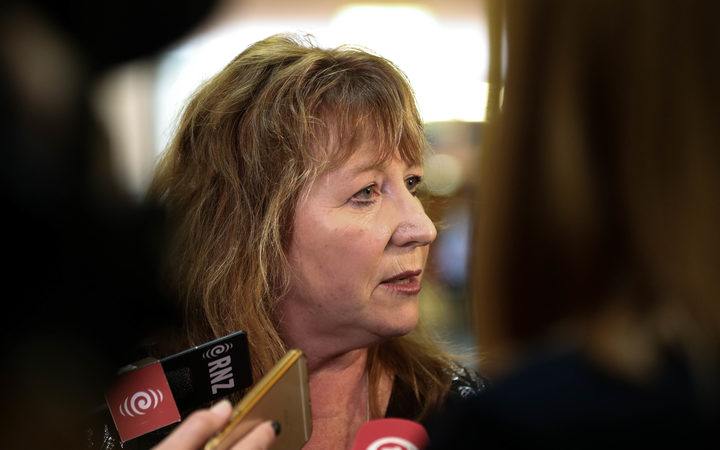 At that stage Ardern put on her stern face, complete with furrowed brow and removed her from cabinet. Curran lost the Government Digital Services and Open Government portfolios, but remained as Minister of Broadcasting and Associate Minister of ACC. Ardern stressed this was a "significant demotion" but also that she had to be proportionate and misrepresenting a meeting or two was not necessarily a career-ending offence.

That may be all well and good as far as nature justice goes, but political justice is judged on a different balance. If Curran was sloppy enough to arrange two-off diary meetings, the question was always: 'What else has she been sloppy about?' Could other failings would leak out in the days and weeks ahead… Drip. Drip. Drip.

The odds were always that there would be more to come; and come it did this week when Curran faced questions in the House about how she had arranged the second meeting. It was with entrepreneur Derek Handley, who wanted to know more about the job of Chief Technology Officer for New Zealand. The job ad says the CTO will "develop a digital strategy for New Zealand" and "respond to opportunities of our changing digital world".

But Curran was struggling to adapt to changes in her own digital world. As a minister, she's meant to keep a pretty rigorous diary and keep her staff informed about important meetings. All that is work that can be subject to parliamentary questions. Yet when National's Melissa Lee and Brett Hudson started asking questions about Curran's meetings, details were left out of the answers. Misleading parliament is a serious offence and that's what got Curran into hot water.

The temperature reached boiling point on Wednesday in the House when Curran had what John Key used to called a 'brain fade' in Question Time and struggled to string together a coherent sentence when asked if she had been conducting ministerial business on her private Gmail account.

What everyone saw was a minister out of her depth and not meeting the basic administrative standards expected of cabinet ministers. For a minister meant to be leading New Zealand into the bright digital future, it was looking increasingly embarrassing for Labour. The narrative that Labour's ministers needed training wheels and haven't shown the competence required has been growing in recent weeks and Curran had become Exhibit A.

For Ardern it was a tricky balancing act.

On one hand, Curran offered her a huge political opportunity. Like a rugby or football ref, showing a yellow card early in the game can set a standard and get players to stop the silly stuff pretty darned quickly. It was the Band-Aid ripping option that she must now in some way regret not taking. She could have looked strong and decisive. Instead, she's ended up in the same place but having had to defend a poor performer and looking indecisive.

What stopped her in the first place? Was it a sense of justice, that a couple of off-diary meetings shouldn't kill a career? Was it Labour's left-wing base who are especially fond of Curran? Was it the fact Curran and Ardern used to be flatmates together? Was it a feeling that she didn't want to look like she was presiding over a weak cabinet so early in her first term?

All of those things would have crossed her mind, but perhaps the strongest consideration would have been a question of threshold. If you sack someone for bad paperwork (even allowing for the misleading parliament part), what happens the next time a minister errs, but in a less than obviously terrible way? Does she set the bar so low that she has to keep sacking people for relatively minor offences, just to look fair?

For that reason at least, Ardern may not feel too bad about having waited an extra two weeks to push the 'eject' button. With this latest Gmail failing, the embarrassing House performance and the fact Curran has had the decency to jump rather than be pushed (publicly at least), she has not set a low threshold precedent that's sitting there waiting to trip her up the next time a minister drops the ball.

Having said that, woe betide that next flailing minister. Ardern, I'm sure, will learn from this and will know that she does not have the political capital to waste on any more ministerial mercy. Seeing Curran's resignation today, Labour's under-performing ministers must know they are on notice and that next time the Band-Aid will be torn off, not slowly peeled away.