In Parliament yesterday, the Broadcasting Minster struggled to answer questions from Ms Lee about what she used her Gmail account for.

Ms Lee asked: "What government business has she conducted via her Gmail account?"

Ms Curran appeared to stumble through the answer, saying to the best of her recollection she had correctly answered parliamentary questions.

She said when she had used the account she had adhered to her obligations as a minister.

This morning, Ms Lee told Morning Report she did not think Ms Curran has been transparent about using her personal email account for official government business.

She accepted that ministers would have personal email accounts, but would assume that when they were being used for official business there would be a process in declaring that or being transparent about it. 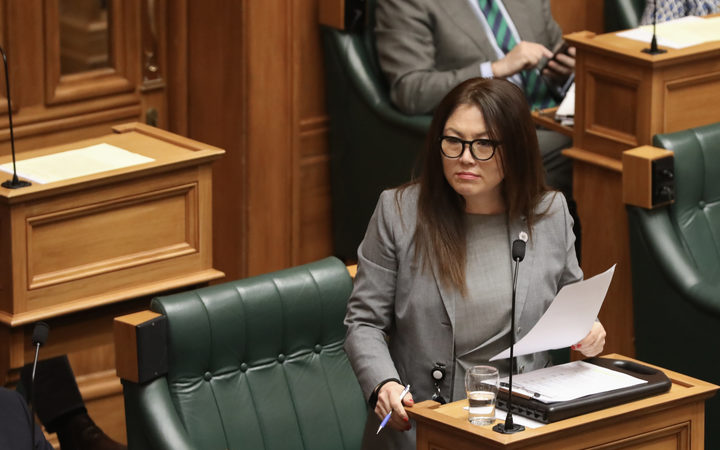 "If she's used that email account to do official business, government business, then she needs to be very clear as to what she has done, what correspondence she's actually had and she needs to declare it and she hasn't," Ms Lee said.

Ms Curran could not be reached for comment this morning.

Any and all official information is covered by the Official Information Act, so any business conducted over Gmail or other platforms would fall under its scope.

Late last month, Ms Curran was removed from Cabinet and stood aside from Government Digital Services and Open Government portfolios after she failed to record a February meeting in her diary and subsequently failed to record it in a written parliamentary question.

That meeting was with tech entrepreneur Derek Handley about the government's chief technology officer role.

Ms Curran also found herself in hot water over a meeting with RNZ's former head of news Carol Hirschfeld.